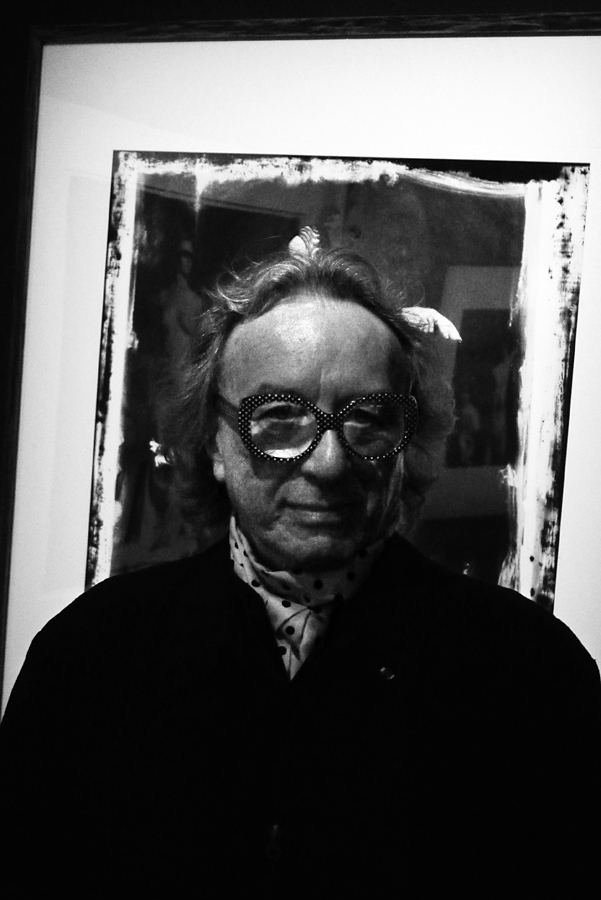 Joel-Peter Witkin is considered one of the greatest and most original living photographers, who has risen over the years to become a true legend of modern photography. He was born in Brooklyn in 1939, to a Jewish father and a Catholic mother, who separated because of the irreconcilability of their religious positions. From a young age, therefore, Witkin knew the profound influence of the dilemmas of faith. As he repeatedly recounted, another pivotal episode was witnessing a car accident as a child going to mass one day with his mother and brother; in the confusion of sheet metal and shouting, little Joel suddenly found himself alone and saw something rolling toward him. It was the head of a young girl. Joel bent down to caress her face, talk to her and soothe her, but before he could reach out a hand, someone took him away. This seminal anecdote already contains some of what would become true thematic obsessions for Witkin: spirit, compassion for suffering, and the search for purity through overcoming what frightens us.

After graduating with a degree in the arts, and beginning his career as a war photographer in Vietnam, in 1982 Witkin obtained permission to take some photographs of anatomical preparations, and was loaned a longitudinally dissected human head for 24 hours. Witkin decides to place the twin halves in the act of kissing: the effect is destabilizing and moving, as if the moment of death were an extreme reconciliation with the self, a recognition of one’s divine part and finally loving it without reservation. 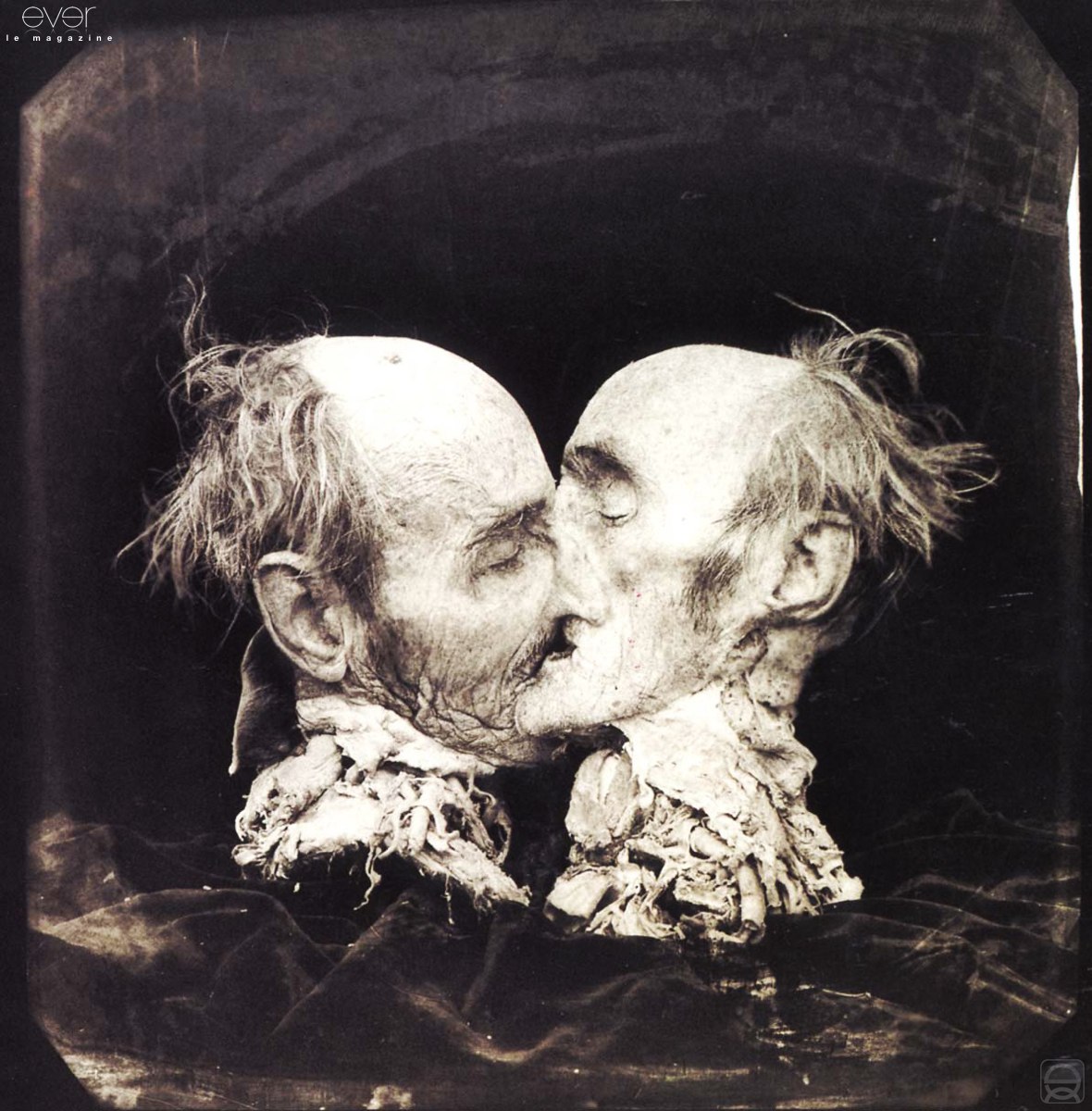 The Kiss is the shot that makes the photographer suddenly famous, for better or worse: while some critics immediately understand the powerful emotional charge of the photograph, many cry scandal, and the University itself, upon discovering his use of the preparation, decides that Witkin is persona non grata. He therefore moves to New Mexico, where he can at any time cross the border and thus circumvent the stringent American laws on the use of corpses. From that moment on, Witkin’s work focuses precisely on death, and on the “different.” 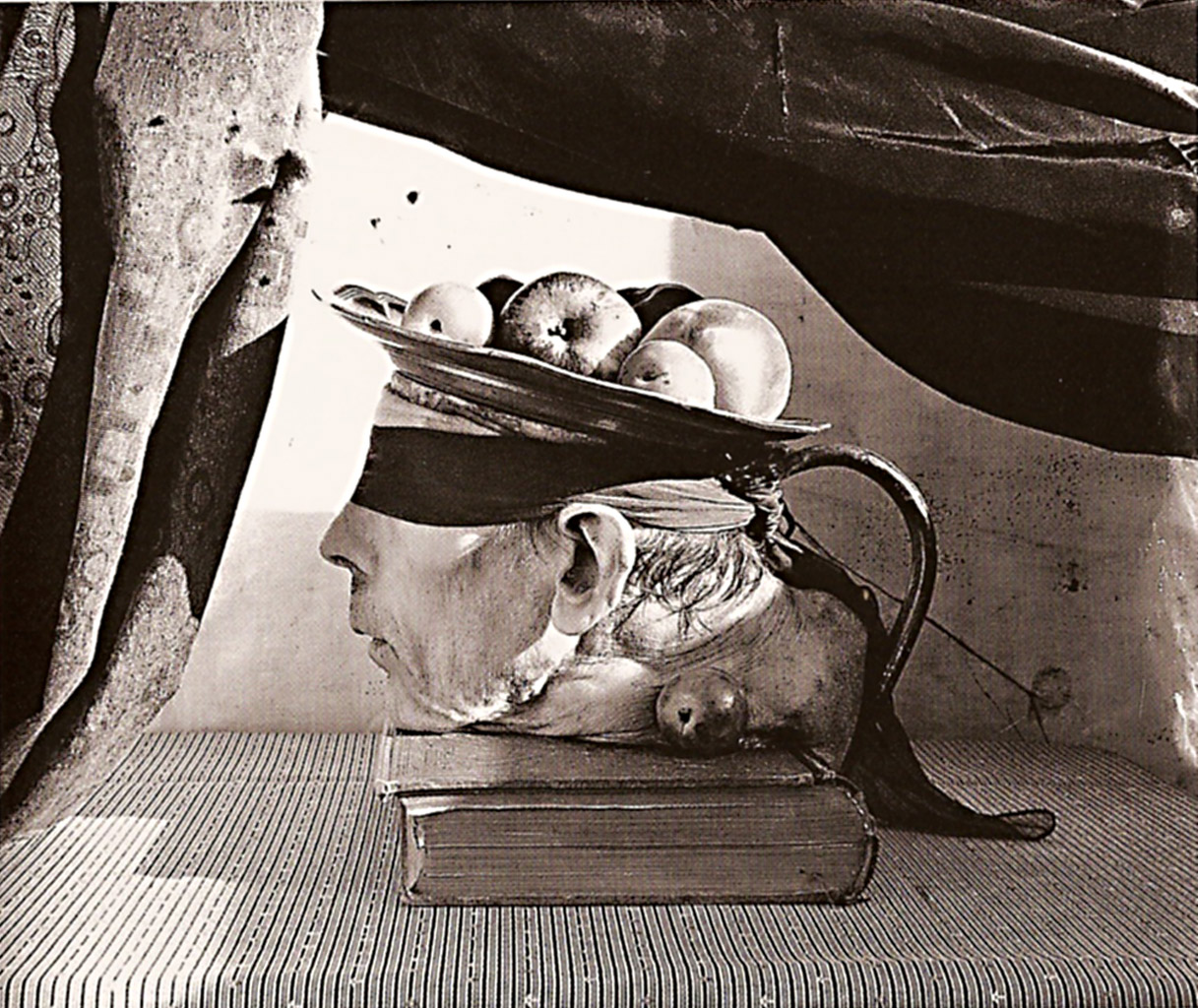 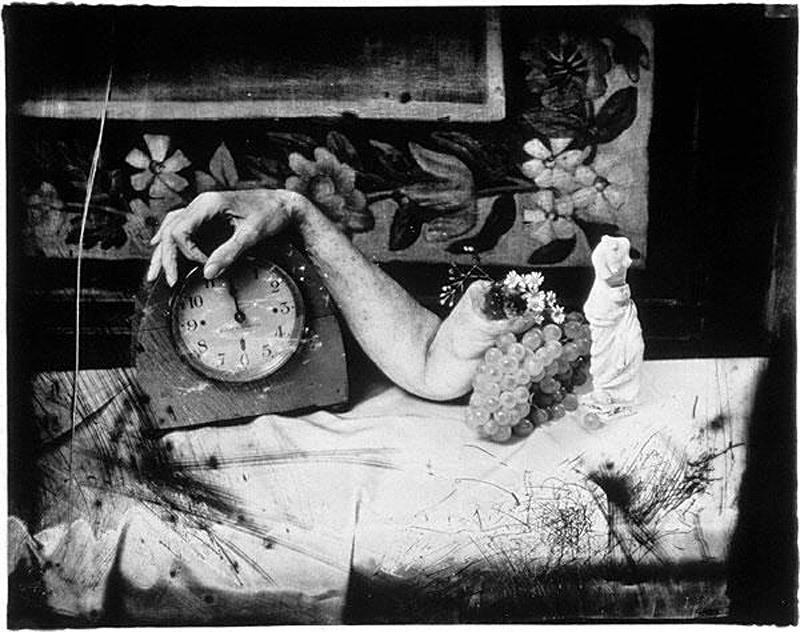 Working with corpses or body parts, with models who are transsexual, mutilated, dwarfed, or suffering from various deformities, Witkin creates baroque compositions with a clear pictorial matrix (prepared with maniacal precision from sketches and sketches), often reinterpreting great works by Renaissance masters or important religious episodes. 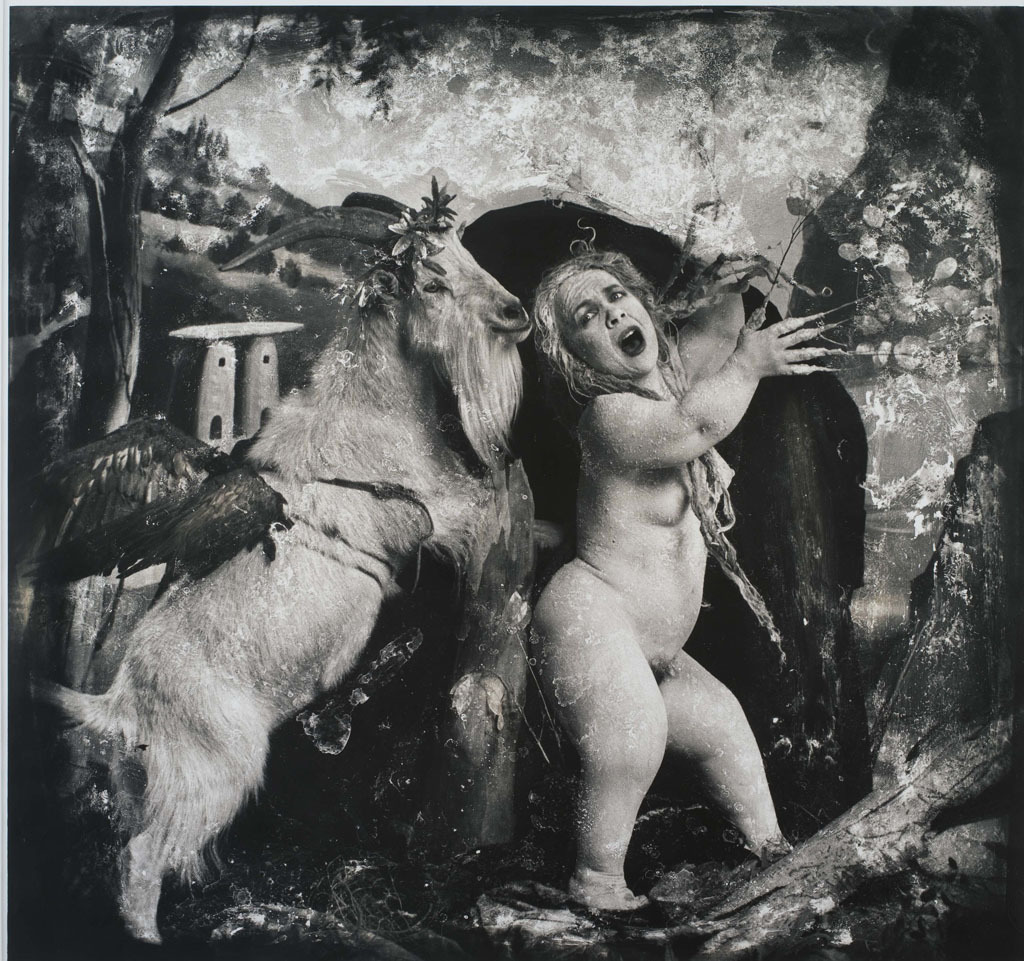 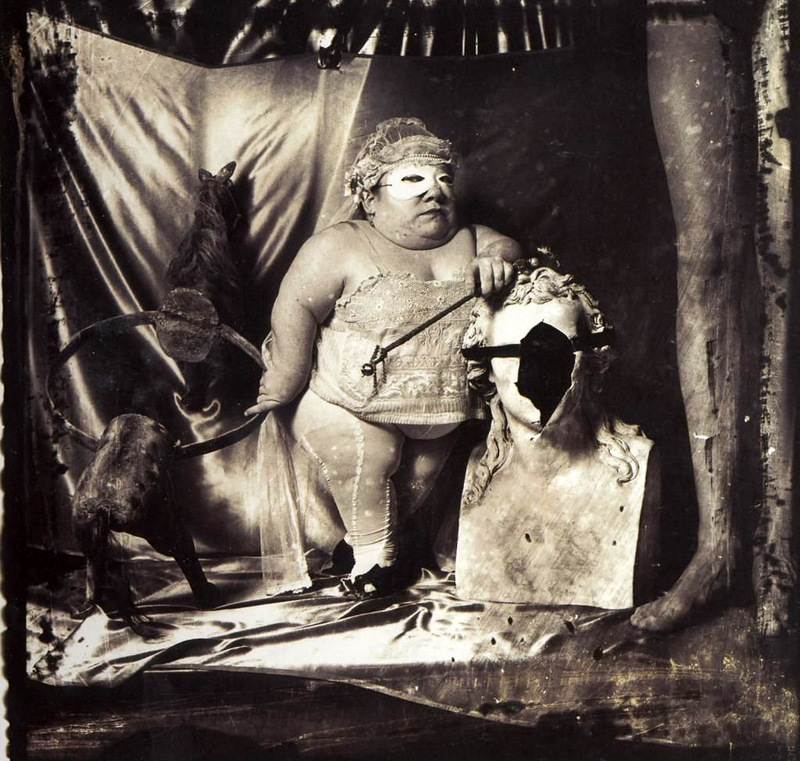 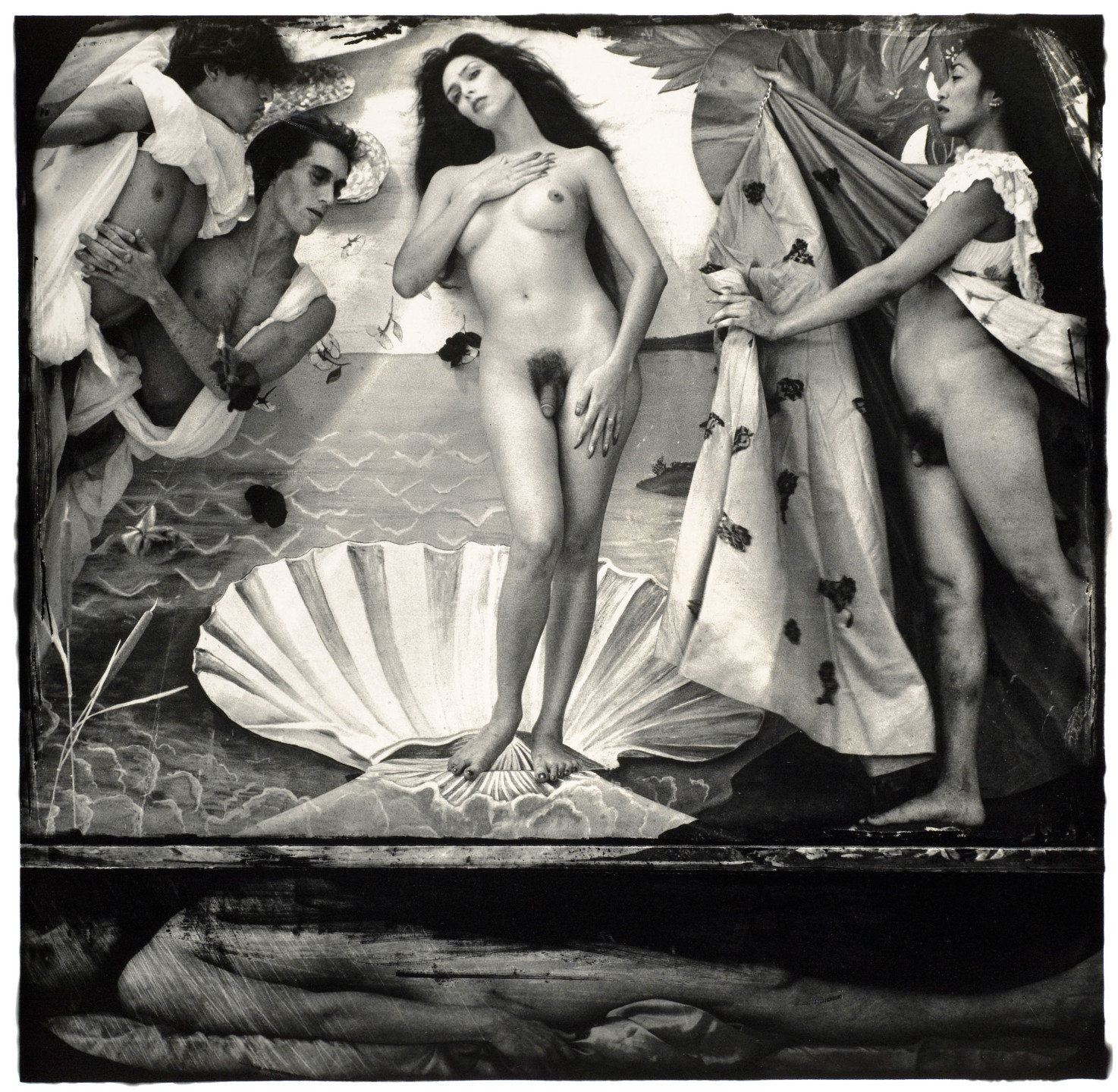 Shot rigorously in the studio, where every minute detail can be controlled at the artist’s leisure, the photographs are then further worked on in the development stage, in which Witkin intervenes by scratching the surface of the photos, drawing on them, ruining them with acids, cutting and reworking them according to a variety of techniques to achieve his unmistakable “antiqued” black and white in the manner of an old daguerreotype.

Despite the rough and extreme subjects, Witkin’s gaze is always compassionate and “in love” with the sacredness of life. Even the confidence that his subjects accord him, in being photographed, is precisely to be attributed to the sincerity with which he searches for signs of the divine even in the unfortunate or different physiques: Witkin has the rare gift of bringing out an almost supernatural sensuality and purity from the strangest and most twisted bodies, capturing the light that seems to emanate precisely from the suffering they have experienced. What is even more extraordinary, he does not need the body to be alive to see, and photograph, its blinding beauty.

Here are our five questions to Joel-Peter Witkin. 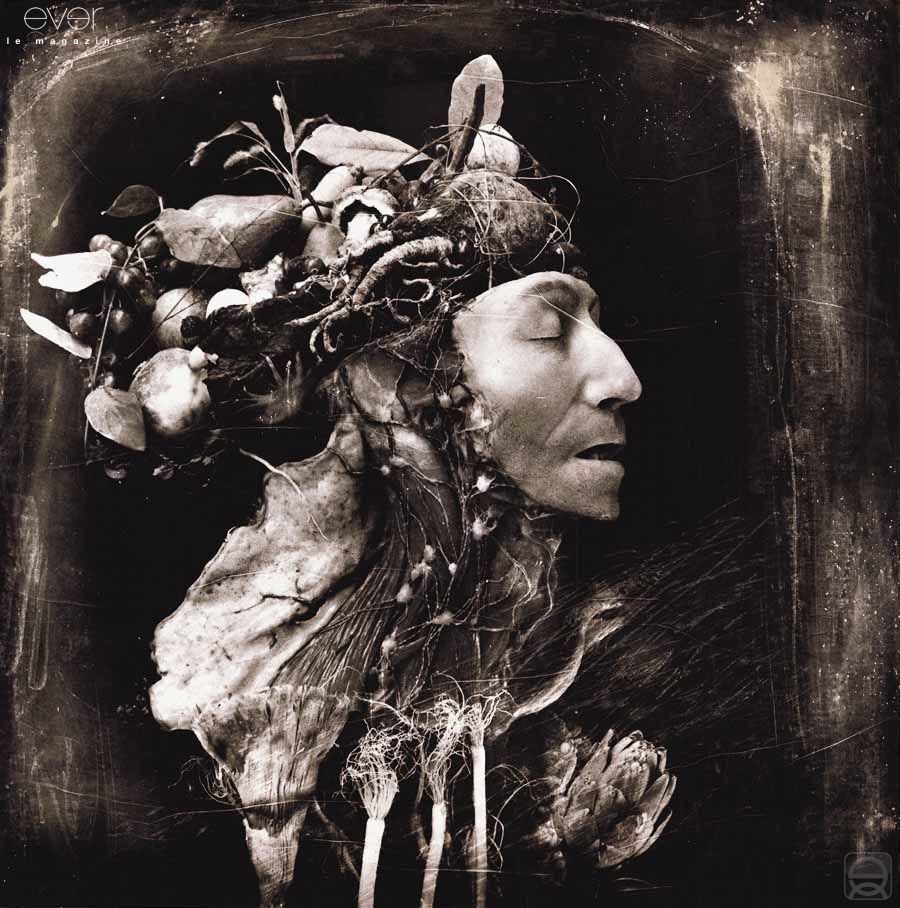 1. Why did you decide it was important for you to depict death in your photographic work?

Death is a part of everyone’s life. Death is also the great divider of human belief to secular’s — it is the timeless nod, to the religious, it is eternal life with God. 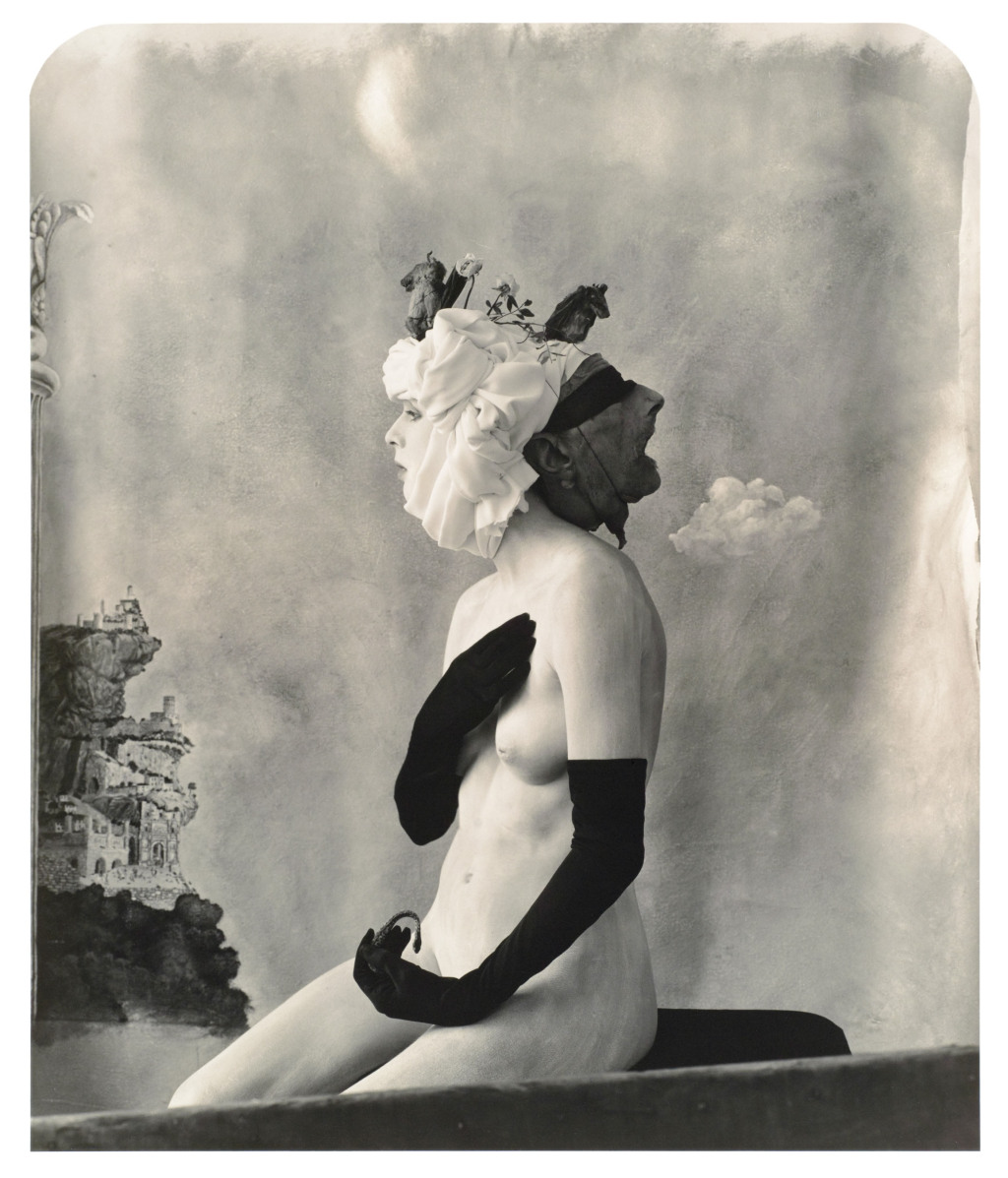 2. What would you say is the purpose, if any, of your post-mortem photography work? Are you just photographing the bodies, or do you seek something more?

To photograph death and human remains is “holy work”.  What and whom I photograph is truly ourselves. I see beauty in the specimens I photograph. 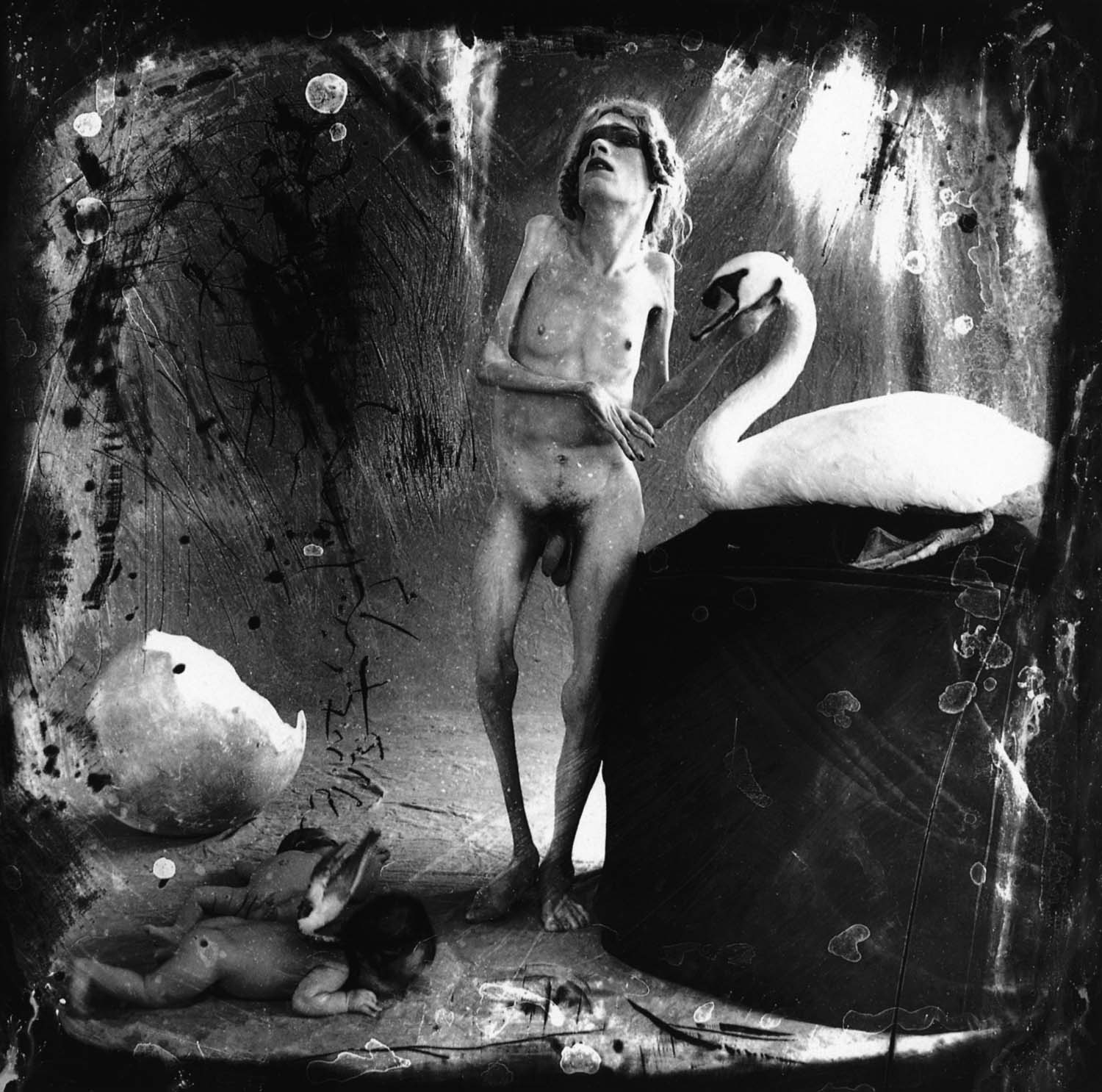 3. As with all things that challenge our denial of death, the macabre and unsettling tone of your pictures could be regarded by some as obscene and disrespectful. Were you interested in a particular shock value, and how do you feel towards the taboo nature of your subject?

The great paintings and sculpture of the past have always dealt with death. I like to say that “Death is like lunch—it’s coming!”. Before, people were born and died in their homes. Now we are born and die in institutions. We wear numbers on our wrists. We die alone.
So, of course, people now are shocked at seeing, in a sense, themselves. I believe nothing should be taboo. In fact when I am privileged to photograph death, I am usually very touched by the spirit still present in people. 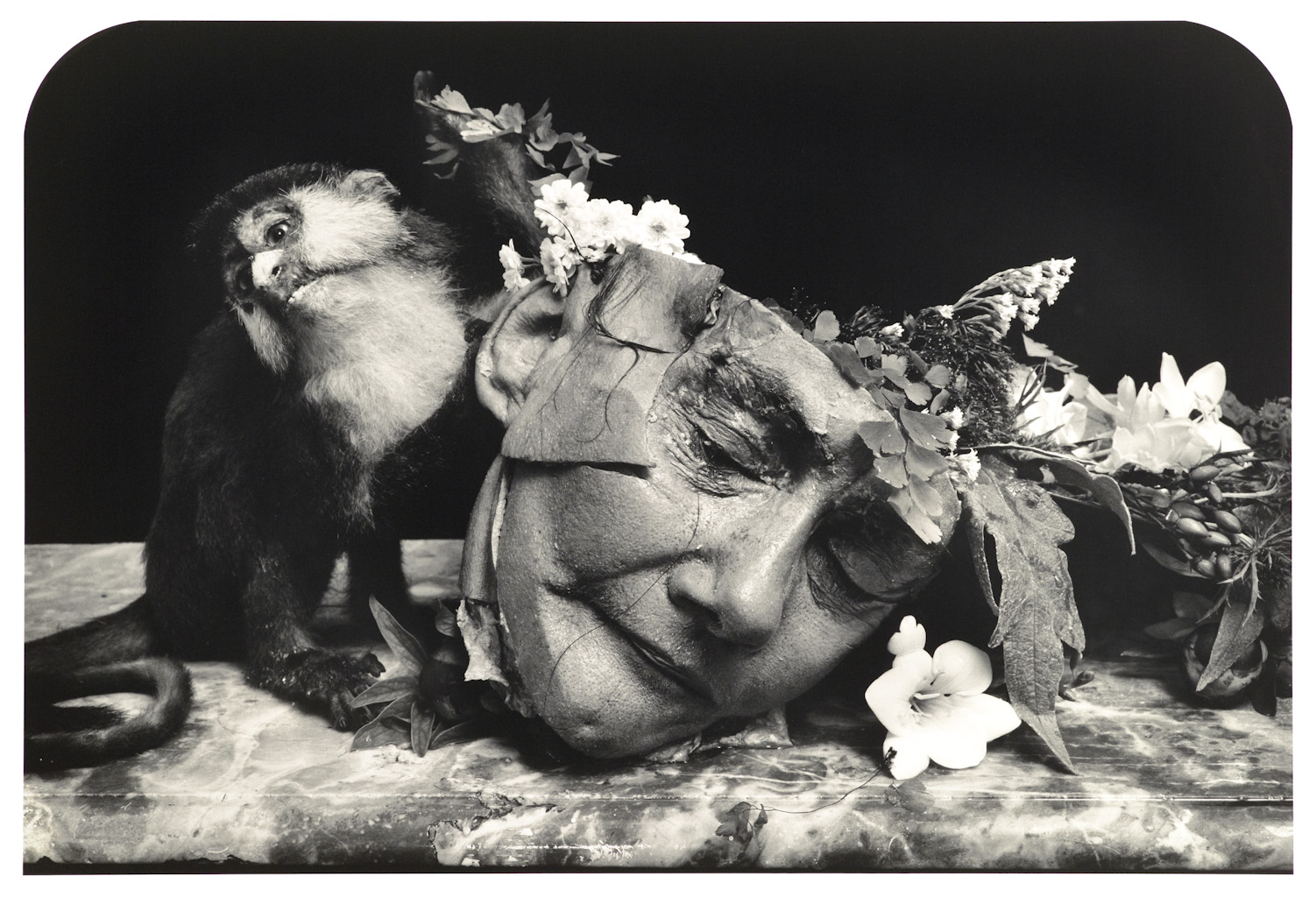 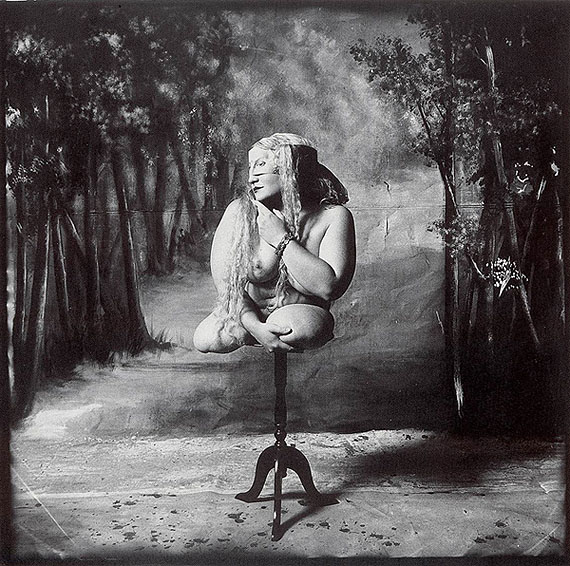 4. Was it difficult to approach the corpses, on a personal level? Are there any particular and interesting anecdotes regarding the circumstances of some of your photographs?

When I photographed Man Without a Head  (a dead man sitting in a chair at a morgue whose head had been removed for research), he was wearing black socks. That made it a little more personal. The doctor, his assistant and I lifted this dead man from the dissecting table and placed the body on the steel chair. I had to work with the dead man, in that I had to balance his arms so that he didn’t fall onto the floor. The floor in the photograph was covered with the blood that streamed out of his neck where the head had been removed  I was grateful to him for working with me. 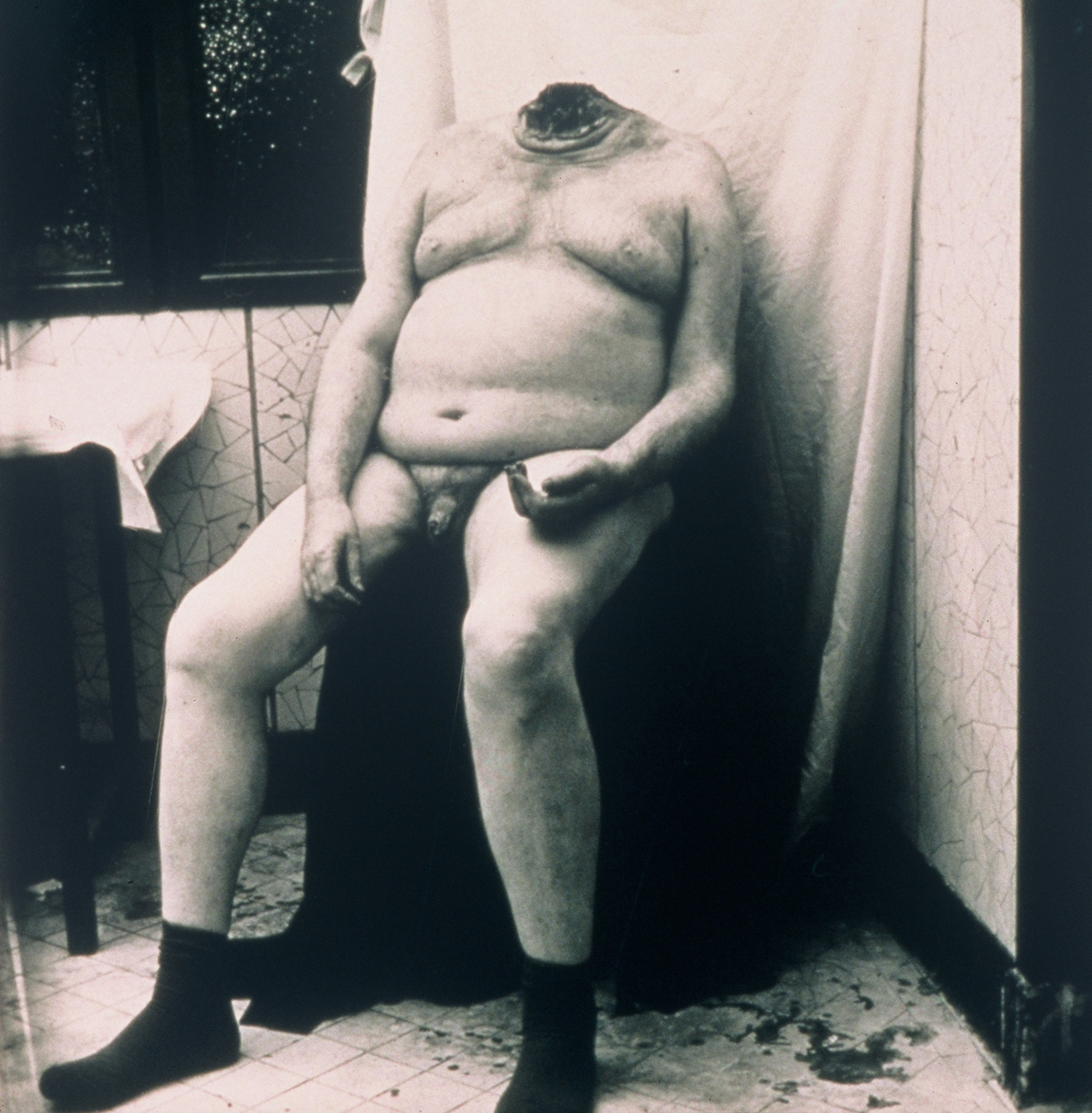 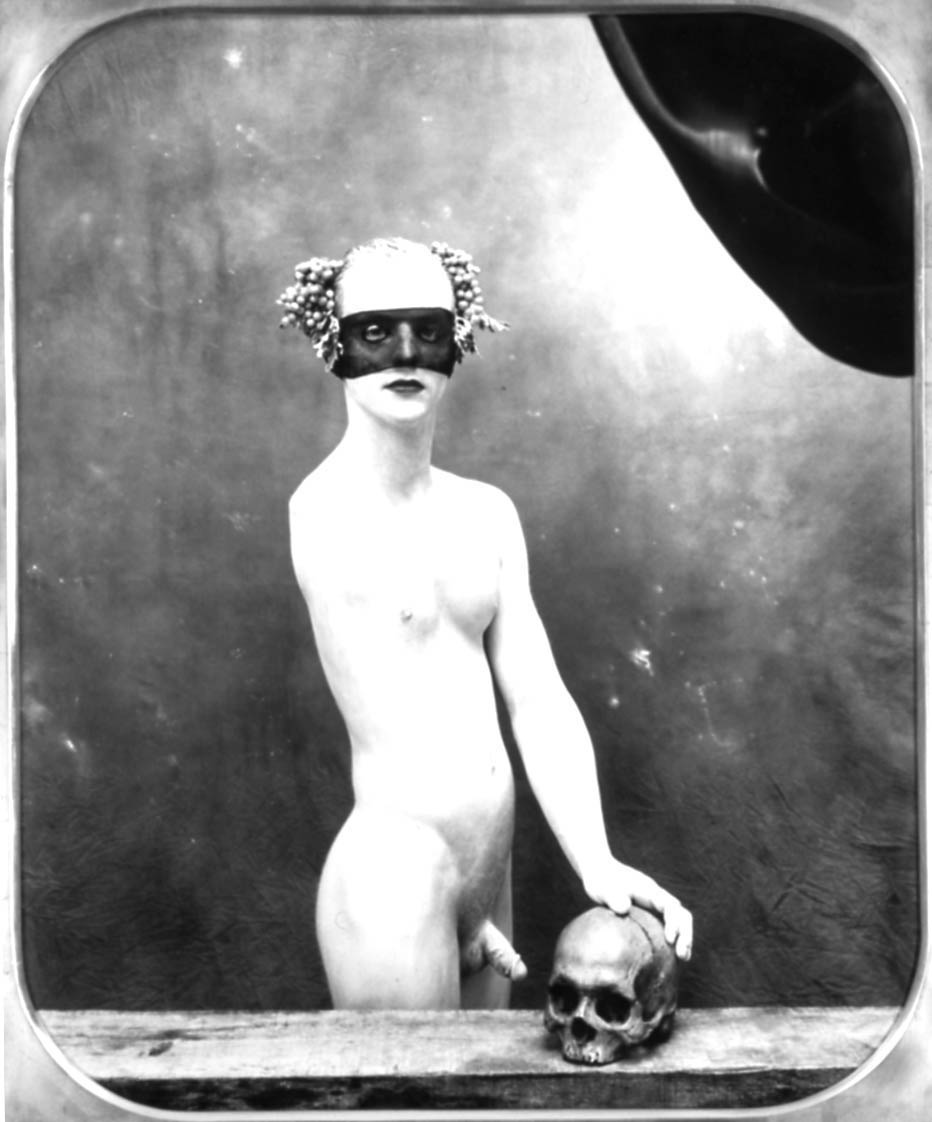 5. Would you like a post-mortem picture be taken of you after you die? How would you like to imagine that photo?

I have already made arrangements to have my organs removed after my death in order to help the living. Whatever remains will be buried at a military cemetery since I am an army veteran. Therefore, I will miss the opportunity you have asked about!

P.S. [Referencing this blog’s motto] I don’t want to “keep the world weird” —I want to make it more loving! 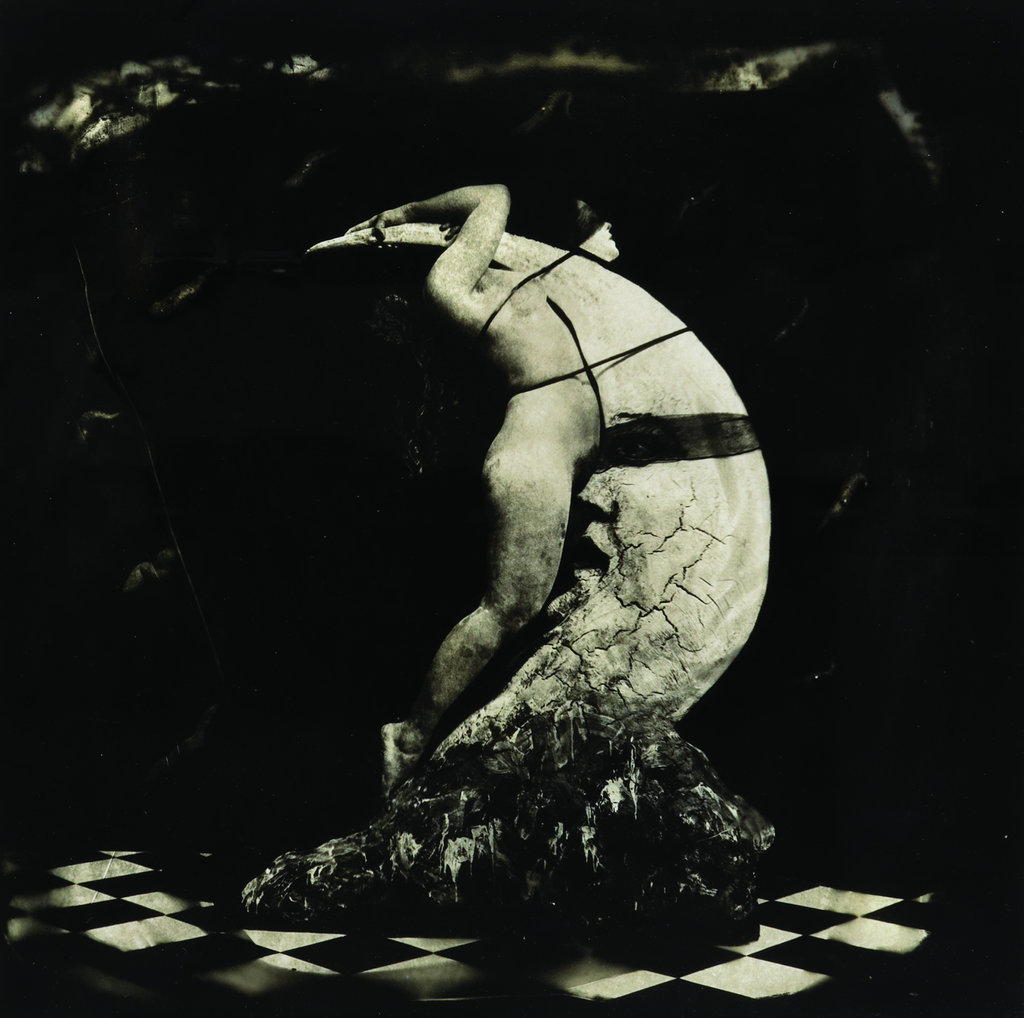 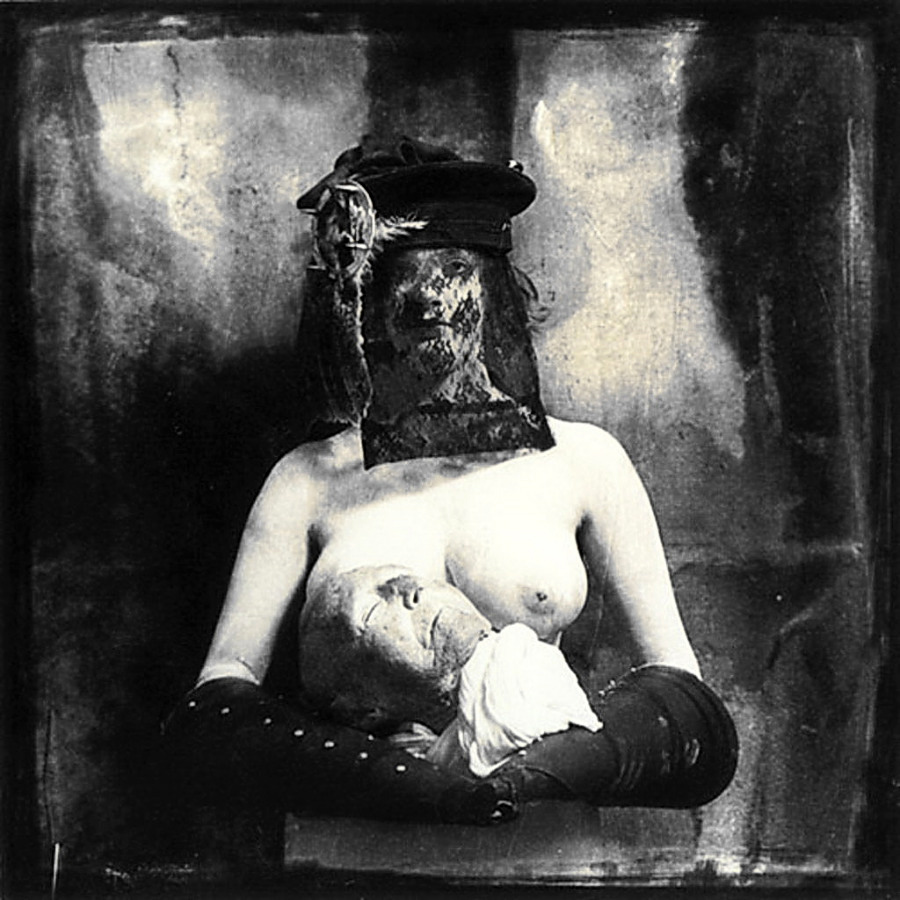