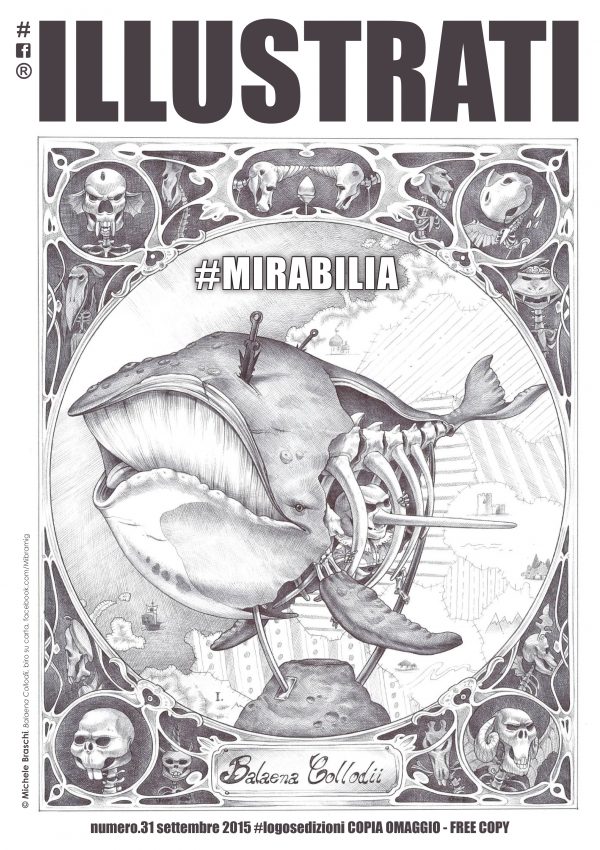 I love to stay awake: the big city finally surrenders to exhaustion, and I can almost perceive the dreams of my neighbours coming out of the houses until they form a huge blanket, in iridescent colours and patterns, unfolding over the silent roofs.
When the night is about to turn into morning, I happen to pause in front of my cabinets of wonders.

There are human and animal skulls, red Gorgons and starfishes, taxidermic specimens preserved in liquids, ancient texts of pathological anatomy, prints and engravings representing human cruelty over the centuries (the big repressed impulse that we wish was only the remnant of our beastly past, and which has never left us instead). And then pornographic photographs of the 1920s, old medical tools, and a whole series of objects concerning the intersection between the sacred and the macabre (historiated skullcaps, shinbones turned into musical instruments, death masks, funerary art, mourning portraits, and so on).

My collection talks to me, with its peculiar voice which is in fact a multitude of voices. And it is a phase, a tool for the research that has always absorbed me. 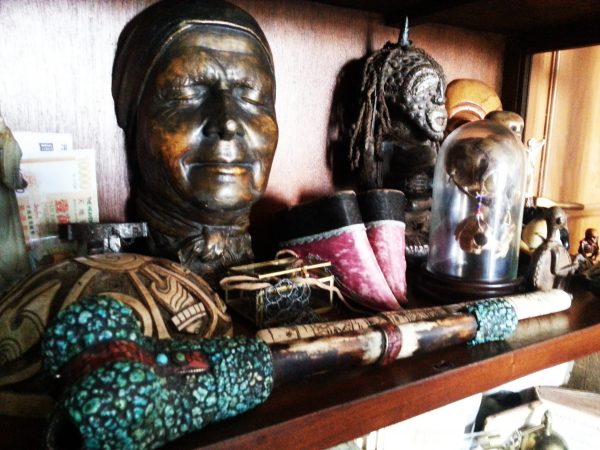 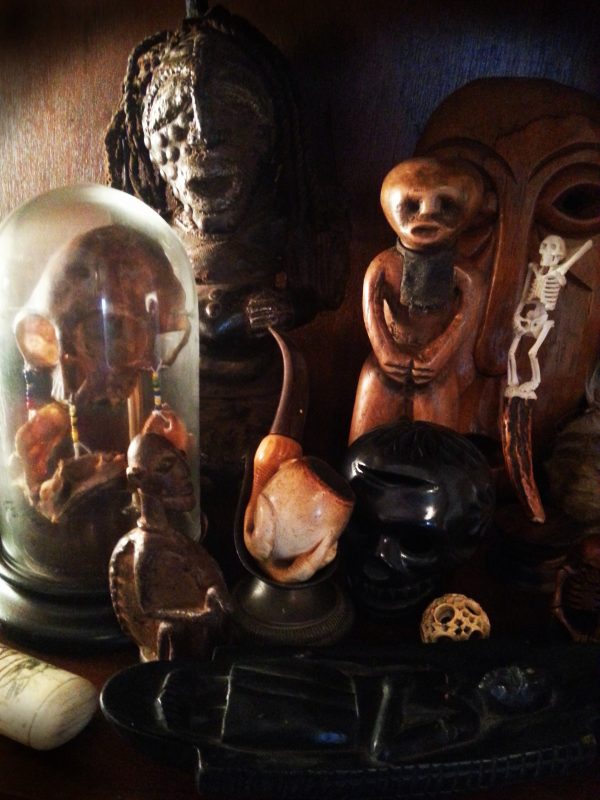 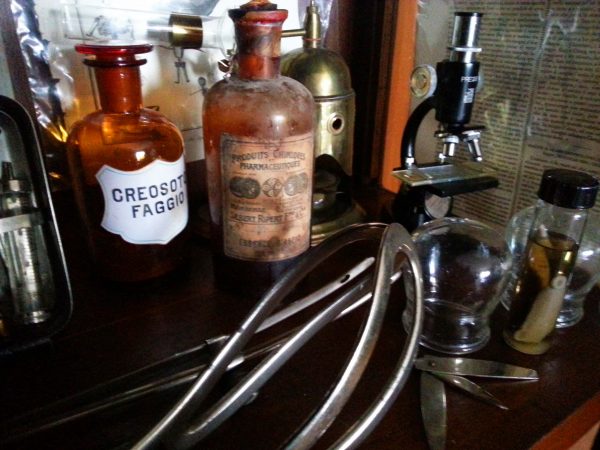 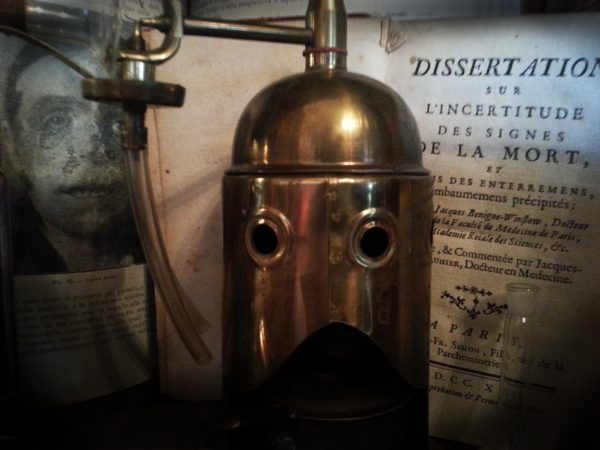 Although I own this collection, I don’t think of myself as a collector. I am not compulsive.
What I love in the objects I collect is the fact that they are packed with history, with life. I happened to know collectors of corkscrews, irons, majolicas, coffee cans; those who do not share their passion are overwhelmed by boredom within five minutes.
On the other hand, I have learnt that nobody is indifferent to a cabinet of wonders. Reactions can range from disgust (much more rarely than it is commonly believed) to childlike amazement, from scientific interest to moral outrage in front of some habits that today we find questionable: consider the cilice of the beginning of the Twentieth century, the tiny Chinese shoes for bandaged feet, the souvenir postcard, hand-coloured and dated 1907, which shows a proud English colonialist holding the head of an executed pirate. Children, for their part, go crazy for stuffed animals and bones. 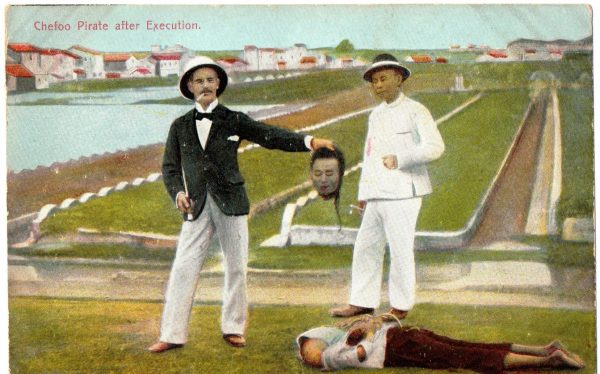 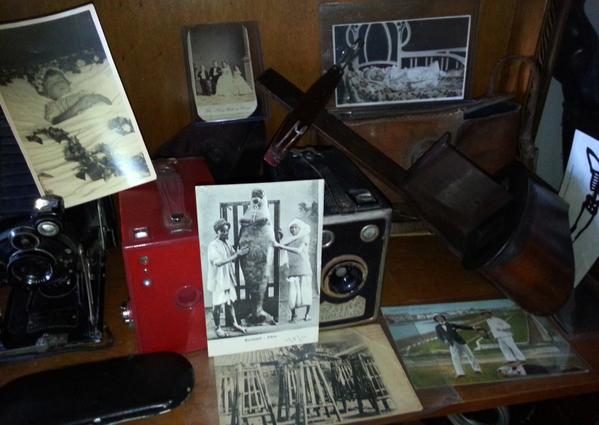 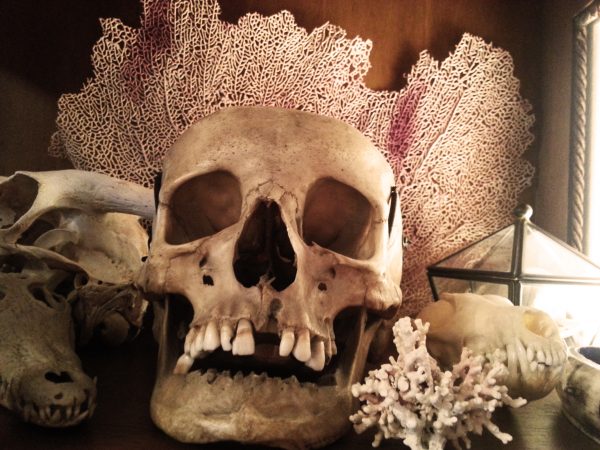 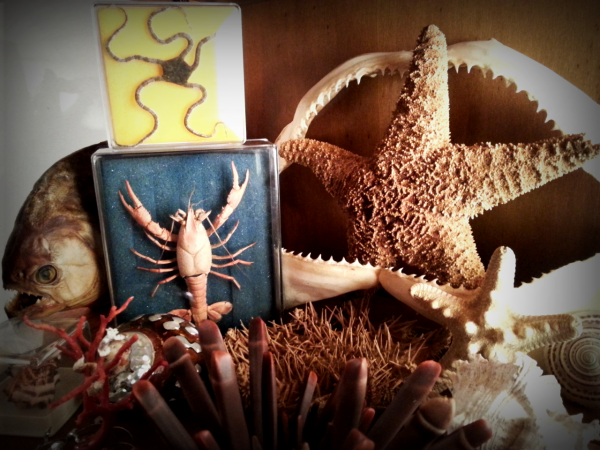 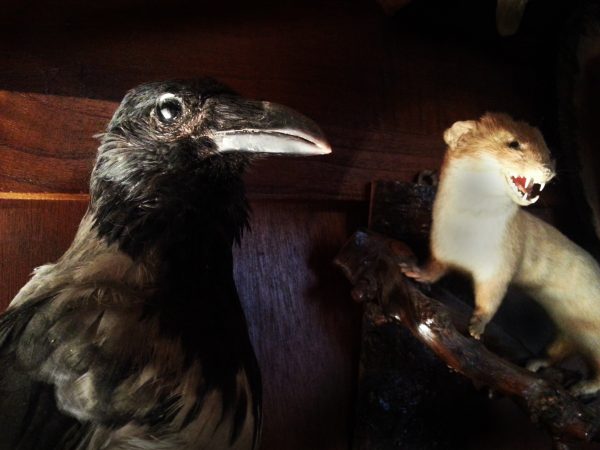 Every collection is a sort of map that reflects and describes the collector’s personality, his taste, his small obsessions.
Stefano Bessoni is most probably the one who taught me – without words, of course – that we shouldn’t be ashamed of our own obsessions, but we should instead cultivate them with enthusiasm. And his incredible wunderkammer is a clear objectification of his imagination, a physical offshoot of his inner world: it possesses a wonderful and strict disorder that makes it similar to the dusty booty of a Victorian explorer, a mix of Livingstone and Darwin, where one’s gaze gets lost among a thousand confused details.
My collection is of course different, because it is mine. One of my obsessions is people’s relationship with death, with the barriers and the symbols we have invented – every time and in every place – to put up with the anguish it causes. What are stuffed or mummified animals but an attempt to stop time and defeat decay? In these objects, the wonder for the world and natural shapes is mixed with a secret fear of panta rei.

And this dread of eternal decay, which would deprive our existence of meaning, is visible behind the impulse to analyse, classify, make maps and, in the end, control the whole cosmos; to investigate our body in order to defeat disease and old age; to invent any kind of deity in order to be assured that the abovementioned decay is not really definitive. And eroticism, hosted by a section of my cabinets, is maybe the most intense symbolic representation of the instincts related to death. 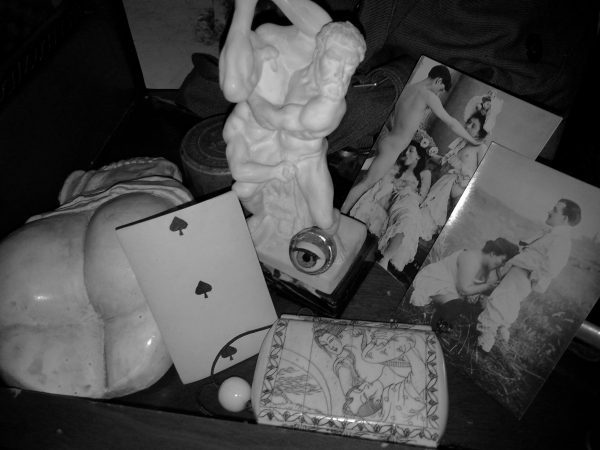 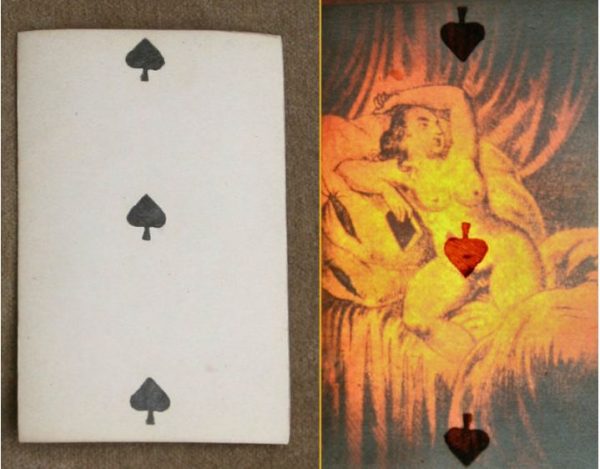 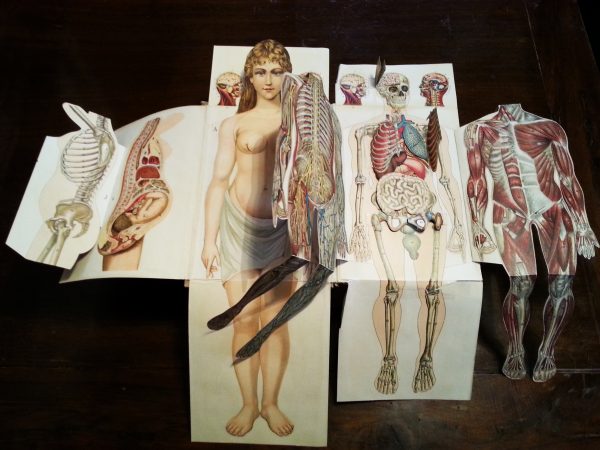 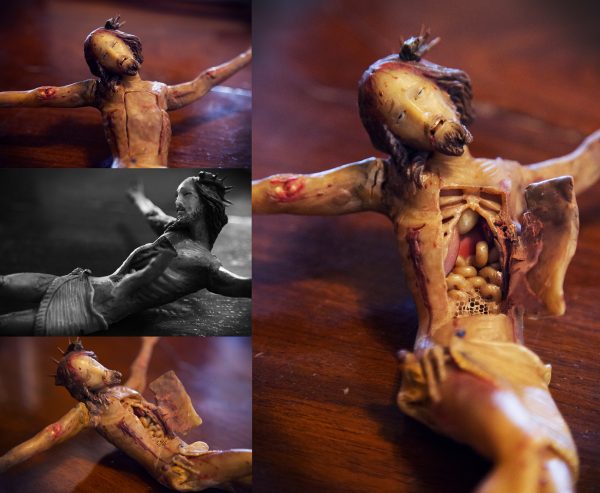 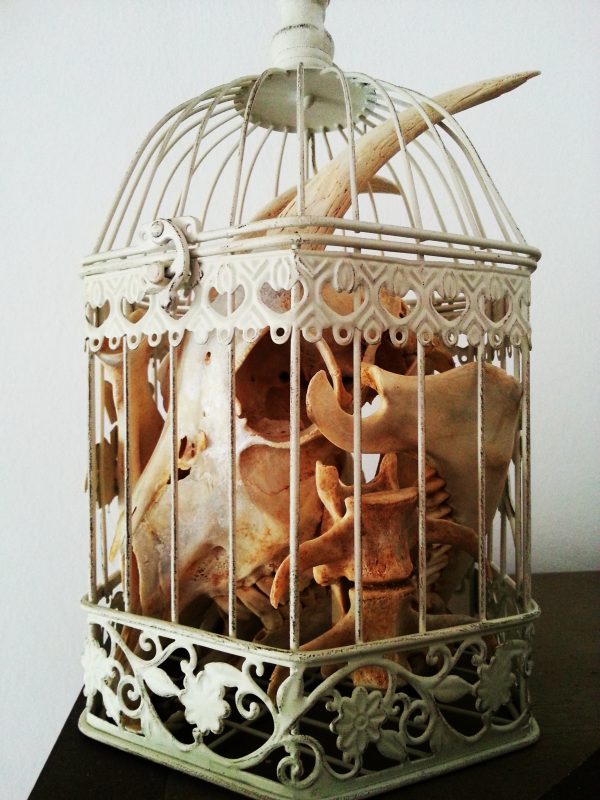 Sometimes, when all is quiet, my wunderkammer looks like a psychic spacecraft. Enigmatic conglomerate of temporary forms, clots of pains and lives returned to dust, amazed gaze, mystery of things.

We spend our whole life practicing impermanence. Let’s assume tomorrow I lose my entire collection in a fire: I would shed a few tears, of course, but I wouldn’t scream or damn my fate. If I did, I would prove I have not understood the lesson that the wunderkammer softly whispers to me every night. 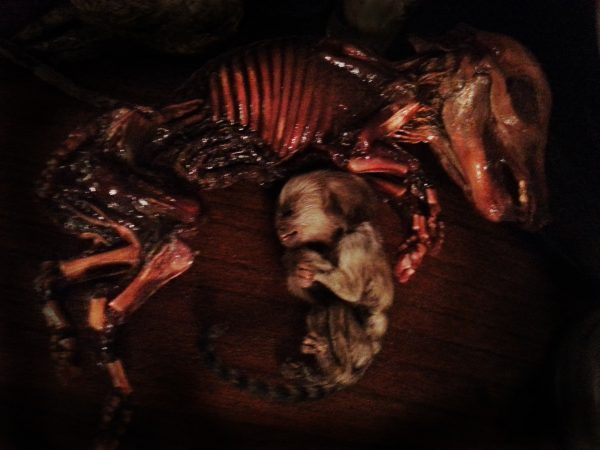 42 comments to My wunderkammer