We shouldn’t fear autopsies.
I’m not using this term in its strict legal/medical meaning (even though I always advise anybody to go and see a real autopsy), but rather in its etymological sense: the act of “seeing with one’s own eyes” is the basis for all knowledge, and represents the first step in defeating our fears. By staring directly at what scares us, by studying it and domesticating it, we sometimes discover that our worries were unfounded in the first place.
This is why, on these webpages, I have often openly explored death and all of its complex cultural aspects; because the autoptic act is always fruitful and necessary, even more so if we are addressing the major “collective repressed” in our society.

Bringing forward these very ideas, here is someone who has given rise to a real activist movement advocating a healthier approach to death and dying: Caitlin Doughty. 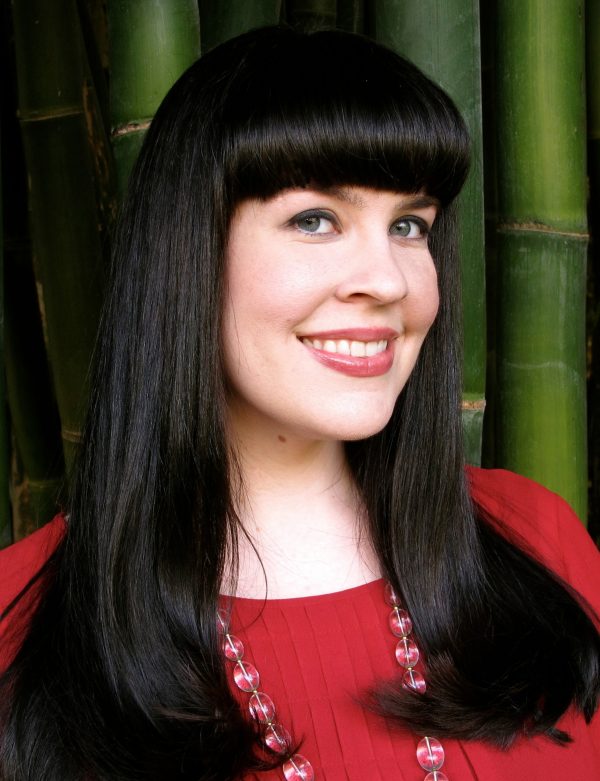 Caitlin, born in 1984, decided to pursue a career as a mortician to overcome her own fear of death; even as a novice, picking up corpses from homes in a van, preparing them, and facing the peculiar challenges of the crematorium, this brilliant girl had a plan – she intended to change the American funeral industry from the inside. Modern death phobia, which Caitlin directly experienced, has reached paradoxical levels, making the grief elaboration process almost impossible. This irrational anxiety towards dead bodies is the reason we delegate professionals to completely remove the corpse’s “scandalous” presence from our familiar environment, thus depriving relatives of the necessary time to understand their loss. Take the extreme example of online cremation services, through which a parent, for instance, can ship out his own child’s dead body and receive the ashes a few days later: no ritual, no contact, no last image, no memory of this essential moment of transition. How can you come to terms with grief, if you even avoid watching?

From these premises, her somewhat “subversive” project was born: to bring death into people’s homes, to give families the opportunity of taking back their loved ones’ remains, and to turn the undertaking profession into a support service, not preventing relatives from preparing the body themselves, but rather assisting them in a non-invasive way. Spending some time in contact with a dead body does not usually pose any sanitary problem, and could be useful in order to concretely process the loss. To be able to carry out private rituals, to wash and dress the body, to talk to our loved ones one last time, and eventually to have more disposal options: such a positive approach is only possible if we learn to talk openly about death. 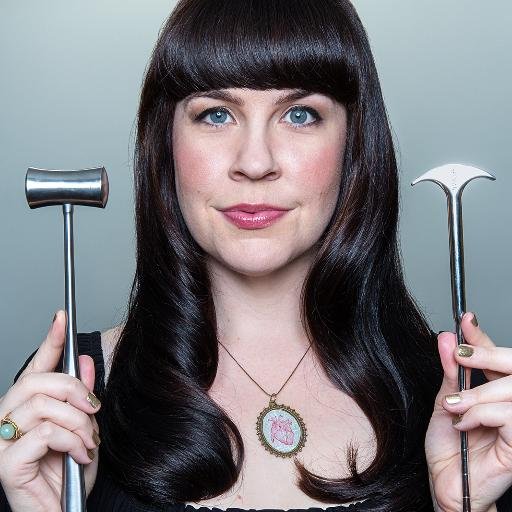 Caitlin therefore decided to act on several fronts.
On one hand, she founded The Order of the Good Death, an association of funeral professionals, artists, writers and academics sharing the will to change the Western attitude towards death, funerals, and grief. The Order promotes seminaries, workshops, lectures and organizes the annual Death Salon, a public gathering in which historians, intellectuals, artists, musicians and researchers discuss the various cultural aspects of death.
On the other hand, Caitlin created a successful YouTube channel with the purpose of answering user submitted questions about what goes on behind the scenes of the funeral industry. Her Ask A Mortician webseries doesn’t draw back from any horrific detail (she talks about the thorny problem of post-mortem poo, about the alleged presence of necrophiliacs in the industry, etc.), but her humorous and exuberant approach softens the darker tones and succeeds in passing the underlying message: we shouldn’t be afraid of talking about death. 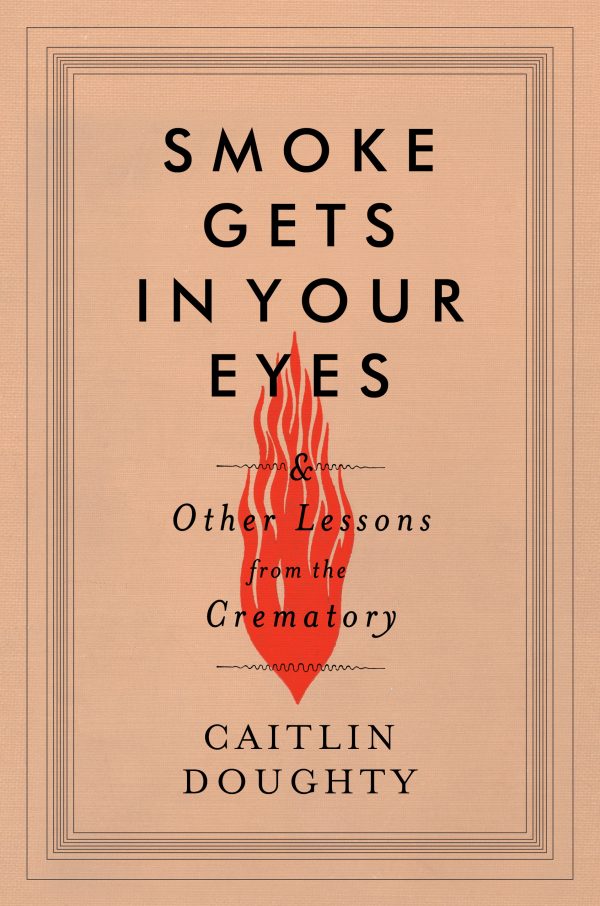 Finally, to reach an even wider and heterogeneous audience, Caitlin published the thought-provoking Smoke Gets In Your Eyes, an autobiographical account of her time as a funeral home apprentice: with her trademark humor, and to the reader’s secret delight, Caitlin dispenses several macabre anecdotes detailing her misadventures (yes, some chapters ought to be read on an empty stomach), yet she does not hesitate to recount the most tragic and touching moments she experienced on the job. But the book’s main interest really lies in following her ruminations about death and the way her own feelings evolved – eventually leading her to actively try and change the general public attitude towards dying. Smoke Gets In Your Eyes immediately became a best-seller, as a further proof of the fact that people actually want to know more about what is socially kept out of sight.

As an introduction to her work for the Italian readership, I asked Caitlin a few questions.

Has working as a mortician affected the way you look at death?

It has made me more comfortable being around dead bodies. More than that, it has made me appreciate the dead body, and realize how strange it is that we try our best as an industry to hide it.  We would be a happier, healthier culture in the West if we didn’t try to cover up mortality.

Did you have to put up some sort of psychological defense mechanism in order to deal with dead bodies on a daily basis?

No, I don’t think so. It’s not the dead bodies that are the issue psychogically. It is far more difficult on the emotions working with the living, taking on their grief, their stories, their pain.  You have to strike a balance between being open to the families, but not bringing everything home with you.

“He looks like he’s sleeping” must be the best compliment for a mortician. You basically substitute the corpse with a symbol, a symulacrum. Our society decided long ago that death must be a Big Sleep: in ancient Greece, Tanathos (Death) and Hypnos (Sleep) were brothers, and with Christianity this analogy solidified for good – see f.i. the word “cemetery”, which literally means “sleeping, resting place”. This idea of death being akin to sleep is clearly comforting, but it’s just a story we keep telling ourselves. Do you feel the need for new narratives regarding death?

“He looks like he’s sleeping” wouldn’t necessarily be a compliment to me. I would love for someone to say “he looks dead, but he looks beautiful. I feel like seeing him like this is helping me accept he’s gone”. It’s harder to accept the loss when we insist that someone is perpetually sleeping. They’re not. They’re dead. That’s devastating, but part of the acceptance process.

In your book, you extensively talk about medicalization and removal of death from our societies, a subject which has been much discussed in the past. You made a step further though, becoming an activist for a new, healthier way to approach death and dying – trying to lift the taboo regarding these topics. But, within every culture, taboos play an important role: do you feel that a more relaxed relationship with death could spoil the experience of the sacred, and devoid it of its mystery?

Death will always be mysterious and sacred. But the actual dying process and the dead body, when made mysterious and kept behind the scenes, are made scary. So often someone will say to me, “I thought my father was going to be cremated in a big pile with other people, thank you for telling me exactly how the process works”. People are so terrified of what they don’t know. I can’t help people with spiritual life after death, I can only help with the worldly realities of the corpse. And I know education makes people less afraid. Death is not taboo in many cultures, and there are many scholars who think it’s not a natural or ingrained taboo at all, only when we make it one.

Has the internet changed the way we experience death? Are we really on the verge of a revolution?

The internet has changed death, but that’s not really something we can judge. Everyone got so angry at the teenagers taking selfies at funerals, but that’s just an expression of the new digital landscape. People in the United States in the 1960s thought that cremation was pagan devil sinful stuff, and now almost 50% of Americans choose it. Each generation takes things a step in a new direction, death evolves.

By promoting death at home and families taking care of their own dead, you are somehow rebelling against a multi-million funeral industry. Have you had any kind of negative feedback or angry reactions?

There are all kinds of funeral directors that don’t like me or what I’m saying. I understand why, I’m questioning their relevancy and inability to adapt. I’d hate me too. They find it very difficult to confront me directly, though. They also find it difficult to have open, respectful dialogues. I think it’s just too close to their hearts.

Several pages in your book are devoted to debunking one of the most recent but well-established myths regarding death: the idea that embalming is absolutely necessary. Modern embalming, an all-American practice, began spreading during Civil War, in order to preserve the bodies until they were carried back home from the front. As this procedure does not exist in Italy, we Italians are obviously unaware of its implications: why do you feel this is such an important issue?

First of all, embalming is not a grand important historical American tradition. It’s only a little more than a hundred years old, so it’s silly to pretend like it’s the fabric of our death culture. Embalming is a highly invasive process that ends with filling the bodies with dangerous chemicals. I’m not against someone choosing to have it done, but most families are told it’s necessary by law or to make the body safe to be around, both of which are completely untrue.

The Order of the Good Death is rapidly growing in popularity, featuring a calendar of death-positive events, lectures, workshops and of course the Death Salon. Most of the organizers and members in the Order are female: why do you think women are at the front line in the death awareness movement?

This is the great mystery. Perhaps it has to do with women’s historical connection to death, and the desire to reclaim it. Perhaps it is a feminist act, refusing to let men have control of our bodies in reproduction, healthcare, or death. There are no solid answers, but I’d love someone to do a Phd on this! 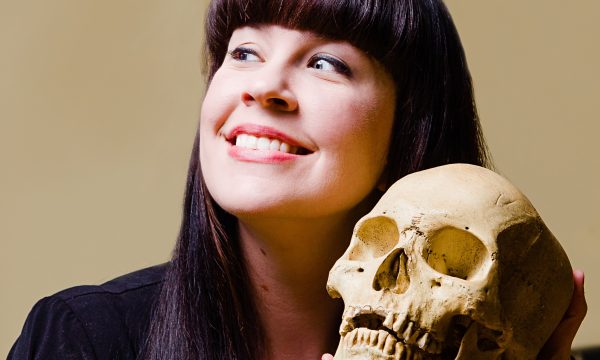 Reference sites:
The Order of the Good Death
Death Salon
Caitlin Doughty’s Youtube channel and her book: Smoke Gets in Your Eyes: And Other Lessons from the Crematorium.

30 comments to Caitlin Doughty and the Good Death