The people themselves, on the other hand, are striking in their diversity. Besides their geographical provenience (foreigners outnumber Italians, puzzling the organization), it is apparent that this bunch is happily unburdened by the anxiety of conforming to social standards. Same sex couples mingle with a lack of care so refreshingly alien from the unending controversy fabricated by the local media and politicians around equal rights; several unapologetically oversized persons who’d be frowned upon in another milieu are accepted just as much as the coolest fetish models here, and the same goes for the random disabled ones. Twentysomethings mix with seniors on polite yet equal terms. The situation closely reminded me of naturist resorts, where nakedness is quickly forgotten as you instinctively see people for their human essence and value, not their appearance. 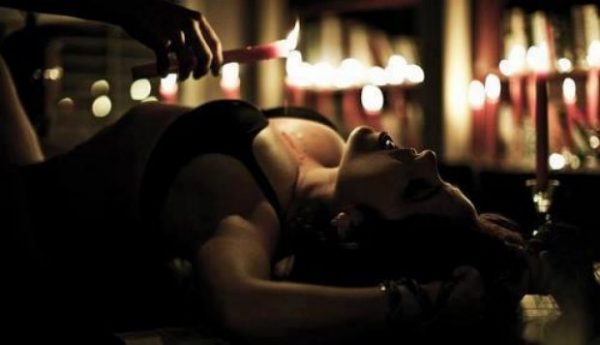 The event itself takes place in the convention area of the hotel, consisting of several lecture rooms set along a hallway where kinky artisans sell whips, collars, floggers, leather locking cuffs and other wicked toys. This year they shared the space with an exhibition featuring the photos from an art contest organized by the largest Italian leather association, whose winner was announced during the gala dinner held on the second day of the Conference.
The program offered over eighty workshops, each of them one hour and a half long. Presenters come from all over Europe, Israel and the USA (and Japan, in the previous editions), and this is where the similarities with other conventions end.

You cannot expect to corral hundreds of kinksters in a secluded locations without them getting to have fun in their own unique ways. The retreat program thus included two parties: one for the attendees only and a larger one the night after, open to outsiders as well. They were both held in the large, warehouse-like rooms where the bondage and singletail workshops had taken place during the day, due to their major space requirements. The same carpeted floors that normally accomodated sleep-inducing corporate presentations were cleared of conference chairs and outfitted with an impressive array of St. Andrew’s crosses, whipping benches, cages, fisting slings, pillories and other unsettling furniture. An immense structure built with the kind of tubes used for construction scaffoldings looked like the biggest jungle gym ever, but it was meant as a support for multiple suspension bondages. 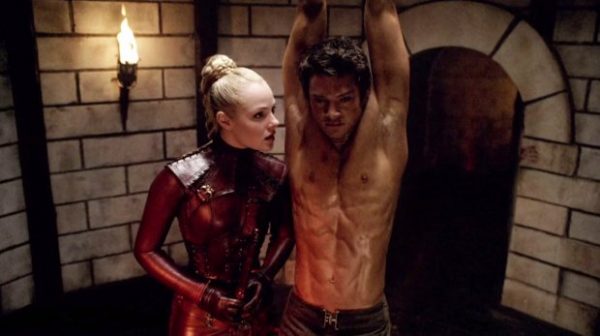 I won’t delve in any depth on the parties. What really set them apart from many analogous play nights was simply being surrounded by the very same people you had met red-eyed at breakfast, then as diligent students during the day, then slacking off at the bar or making their moves in the lobby, then elegantly (or outrageously) dressed for the gala dinner, and now flaunting their latex and leather outfits as they writhed in pain and delight in the dimly-lit halls. As I queued with them again at the pancake and juice stations the morning after, I felt sort of voyeuristically privileged for the chance I was given to see these strangers so thoroughly naked in all their daily masks and without, candidly exposing sides of their character that only spouses would witness otherwise – and not even all of them at that.
If 24/7 intimacy begets deep bonding already, the awareness that everyone was there for their passion for extreme eroticism took things one step further. With our psychosexual phantasms exposed from the start, the need to conceal and sublimate our libido simply disappeared, with three curious effects.

The former was the utter absence of the sort of neurotic behavior that’s so common throughout our daily lives; repressed sexual urges and thoughts are the overwhelming cause of personal issues, after all. I venture to say that the rare uneasy persons I stumbled into all appeared to harbor problems of a different nature.
Another peculiarity was that lechery and creepiness were nowhere to be seen. People eyed each other, sure, but erotic proposals were offered and received with a characteristic lack of drama, just like refusals got gallantly accepted. Why wrapping a normal, healthy part of life in the shroud of anxiety, indeed? The contrast with the intensely sexualized imagery spewing from the few television screens and the magazines in the hotel lobby highlighted how “normal” society twists the joy of sex into its evil twin – and how weird it is that we ended up believing this dreadful charade, often missing entirely the point of sexuality itself.

And this is why, come the end of that three-days extravaganza, so many participants were crying at the closing cerimony. For these outcasts who finally found their home and tribe, this final moment becomes so emotionally loaded that they even bet on how long will it take for the burly organizer himself to burst into tears during his thank you speech. He is not alone in that, though: just imagine how would you feel if you had finally spent a heavenly weekend, and you knew you had to wait another whole year to feel among kindred spirits again. Imagine what it is like to have experienced a perfect world – free of prejudices, ignorance, pettiness, fear, competition, hate – and having to leave it behind to step back into the mundane mess we all suffer. Imagine how strange it is to realize that life would be so much better if only more people grew less scared of their own sexuality, and how odd to discover this at a kinky convention.

13 comments to Heaven is full of perverts