Italian conductor Guido Rimonda, a violin virtuoso, owns an exceptional instrument: the Leclair Stradivarius, built in 1721.
Just like every Stradivarius violin, this too inherited its name from its most famous owner: Jean-Marie Leclair, considered the father of the French violin school, “the most Italian among French composers”.
But the instrument also bears the unsettling nickname of “black violin” (violon noir): the reason lies in a dark legend concerning Jean-Marie Leclair himself, who died in dramatic and mysterious circumstances. 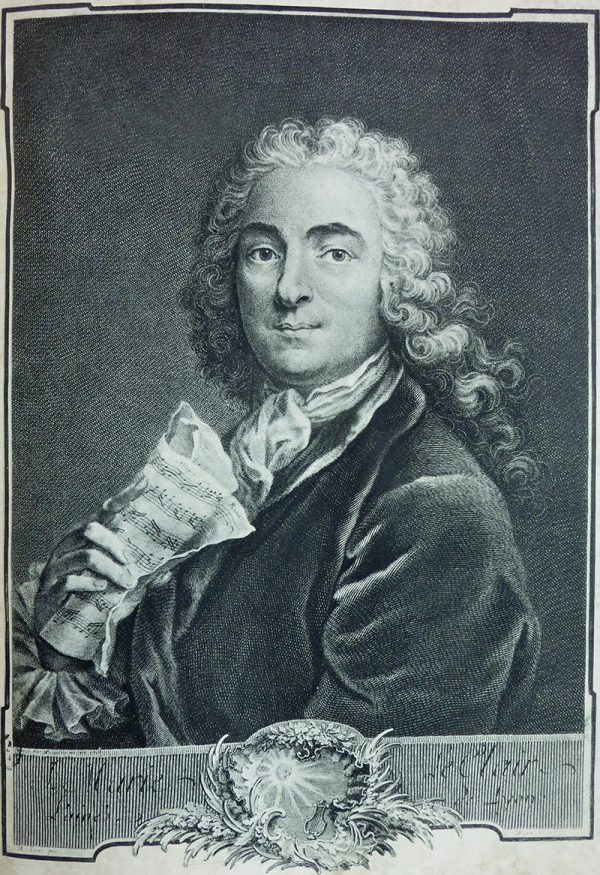 Born in Lyon on May 10, 1697, Leclair enjoyed an extraordinary career: he started out as first dancer at the Opera Theatre in Turin – back in the day, violinists also had to be dance teachers – and, after settling in Paris in 1728, he gained huge success among the critics and the public thanks to his elegant and innovative compositions. Applauded at the Concerts Spirituels, author of many sonatas for violin and continuous bass as well as for flute, he performed in France, Italy, England, Germany and the Netherlands. Appointed conductor of the King’s orchestra by Louis XV in 1733 (a position he held for four years, in rotation with his rival Pierre Guignon, before resigning), he was employed at the court of Orange under Princess Anne.
His decline began in 1746 with his first and only opera work, Schylla and Glaucus, which did not find the expected success, despite the fact that it’s now regarded as a little masterpiece blending Italian and French suggestions, ancient and modern styles. Leclair’s following employment at the Puteaux Theatre, run by his former student Antoine-Antonin Duke of Gramont, ended in 1751 because of the Duke’s financial problems.

In 1758 Leclair left his second wife, Louise Roussel, after twenty-eight years of marriage and collaboration (Louise, a musician herself, had copper-etched all of his works). Sentimentally as well as professionally embittered, he retired to live alone in a small house in the Quartier du Temple, a rough and infamous Paris district.
Rumors began to circulate, often diametrically opposite to one another: some said that he had become a misanthropist who hated all humanity, leading a reclusive life holed up in his apartments, refusing to see anyone and getting his food delivered through a pulley; others claimed that, on the contrary, he was living a libertine life of debauchery.

Not even the musician’s death could put an end to these rumors – quite the opposite: because on the 23rd of October 1764, Jean-Marie Leclair was found murdered inside his home. He had been stabbed three times. The killer was never caught.

In the following years and centuries, the mystery surrounding his death never ceased to intrigue music lovers and, as one would expect, it also gave rise to a “black” legend.
The most popular version, often told by Guido Rimonda himself, holds that Leclair, right after being stabbed, crawled over to his Stradivarius with his last breath, to hold it against his chest.
That violin was the only thing in the world he still truly loved.
His corpse was found two months later, still clutching his musical instrument; while the body was rotting away, his hand had left on the wood a black indelible stain, which is still visible today. 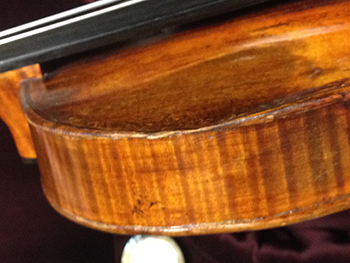 The fact that this is indeed a legend might be proved by police reports that, besides never mentioning the famous violin, describe the discovery of the victim the morning after the murder (and not months later):

On the 23rd of October 1764, by early morning, a gardener named Bourgeois […] upon passing before Leclair’s home, noticed that the door was open. Just about that time Jacques Paysan, the musician’s gardener, arrived at the same place. The violinist’s quite miserable abode included a closed garden.Both men, having noticed Leclair’s hat and wig lying in the garden, looked for witnesses before entering the house. Together with some neighbors, they went inside and found the musician lying on the floor in his vestibule. […] Jean-Marie Leclair was lying on his back, his shirt and undershirt were stained with blood. He had been stabbed three times with a sharp object: one wound was above the left nipple, one under his belly on the right side, and the third one in the middle of his chest. Around the body several objects were found, which seemed to have been put there deliberately. A hat, a book entitled L’élite des bons mots, some music paper, and a hunting knife with no blood on it. Leclair was wearing this knife’s holster, and it was clear that the killer had staged all of this. Examination of the body, carried out by Mister Pierre Charles, surgeon, found some bruises on the lumbar region, on the upper and lower lips and on the jaw, which proved that after a fight with his assassin, Leclair had been knocked down on his back.

The police immediately suspected gardener Jascques Paysan, whose testimony was shaky and imprecise, but above all Leclair’s nephew, François-Guillaume Vial.
Vial, a forty-year-old man, was the son of Leclair’s sister; a musician himself, who arrived in Paris around 1750, he had been stalking his uncle, demanding to be introduced at the service of the Duke of Gramont.
According to police report, Vial “complained about the injustice his uncle had put him through, declared that the old man had got what he deserved, as he had always lived like a wolf, that he was a damned cheapskate, that he begged for this, and that he had left his wife and children to live alone like a tramp, refusing to see anyone from the family”. Vial provided a contradictory testimony to the investigators, as well as giving a blatantly false alibi.

And yet, probably discouraged by the double lead, investigators decided to close the case. Back in those days, investigations were all but scientific, and in cases like this all the police did was questioning neighbors and relatives of the victim; Leclair’s murder was left unsolved. 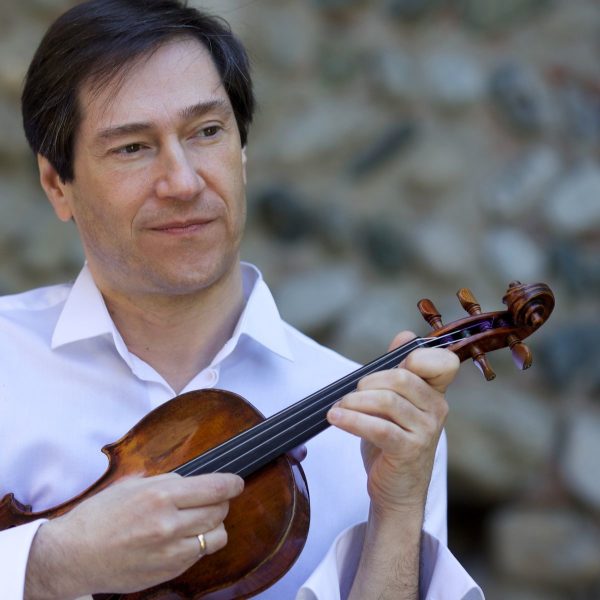 But let’s get back to the black stain that embellishes Rimonda’s violin. Despite the fact that the sources seem to contradict its “haunted” origin, in this case historical truth is much less relevant than the legend’s narrative breadth and impact.

The violon noir is a uniquely fascinating symbol: it belonged to an artist who was perfectly inscribed within the age of Enlightenment, yet it speaks of the Shadows.
Bearing in its wood the imprint of death (the spirit of the deceased through its physical trace), it becomes the emblem of the violence and cruelty human beings inflict on each other, in the face of Reason. But that black mark – which reminds us of Leclair’s last, affectionate and desperate embrace – is also a sign of the love of which men are capable: love for music, for the impalpable, for beauty, for all that is transcendent. 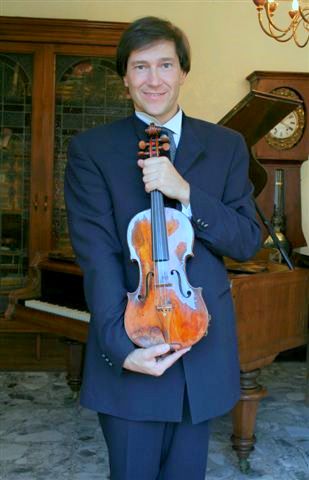 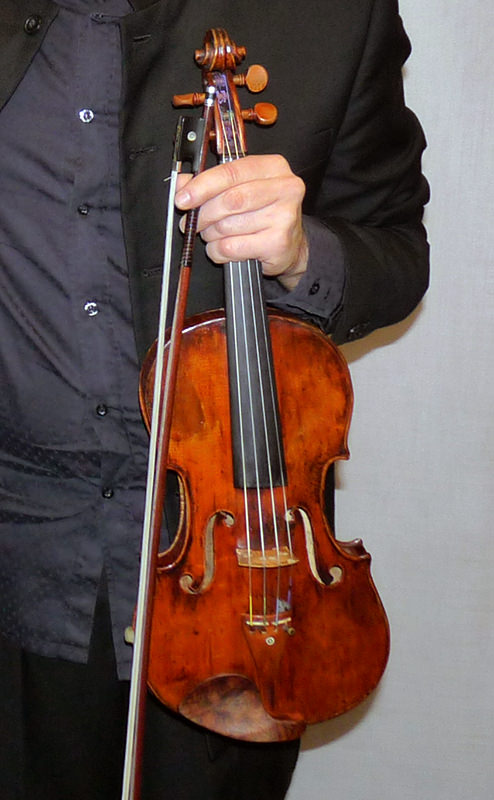 If every Stradivarius is priceless, Rimonda’s violin is even more invaluable, as it represents all that is terrible and wonderful in human nature. And when you listen to it, the instrument seems to give off several voices at the same time: Rimonda’s personality, as he sublimely plays the actual notes, blends with the personality of Stradivari, which can be perceived in the amazingly clear timber. But a third presence seems to linger: it’s the memory of Leclair, his payback. Forgotten during his lifetime, he still echoes today through his beloved violin.

You can listen to Rimonda’s violin in his album Le violon noir, available in CD and digital format.