The Fontanelle Cemetery in Naples

Buried in the heart of the city, the Sanità quarter is an authentic borderland between the world of the living and the world of the dead. You only need to distance yourself from the hustle and bustle, from the megaphones of the fruit and vegetable stalls, the mopeds ridden by fearless street urchins darting between the cars, and reach the top of the area: here on the right of the church of Maria Santissima del Carmine, is the Fontanelle cemetery.
Situated within an ancient tuff quarry, the cemetery is an imposing underground cathedral, hovering between darkness and the swathes of light cutting through it.
Thousands of bones and skulls are piled up for all to see, the remains of at least 40,000 anonymous human beings. In this evocative and peaceful place, death is no longer insurmountable: the living and the souls of the deceased communicate with each other by means of the so-called capuzzelle, which embody the ancestral obsession with the skull as an icon of transcendence and the promise of eternal life.
Here the skulls are spoken to, touched, and cleaned. They are taken care of. Candles are lit, offerings are given and favours asked for in a do ut des of worship. This is the cult of the anime pezzentelle, abandoned and anonymous souls, in need of the compassion of the living to alleviate their suffering in Purgatory. The texts by Ivan Cenzi go back over the story and meaning of the Cemetery and explain the cult of the suffering souls in Purgatory, now almost completely abandoned. The scrupulous eye of Carlo Vannini plunges us into the enchanted atmosphere of the underground cathedral, revealing its gloomy charm and bringing us so close to the capuzzelle – bare or adorned with various votive offerings such as handkerchieves, little holy pictures, coloured rosary beads etc. – that their eyeholes seem to meet our eyes with a glance which is not less alive. 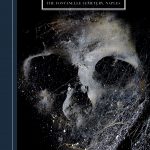 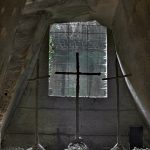 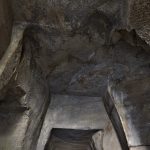 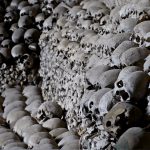 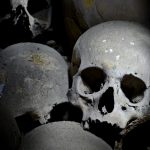 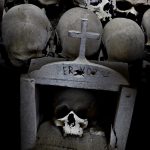 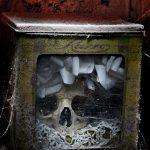 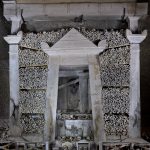 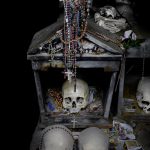 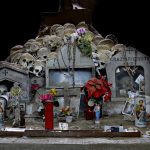 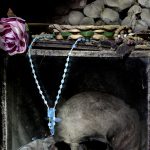 De profundis can be purchased here.