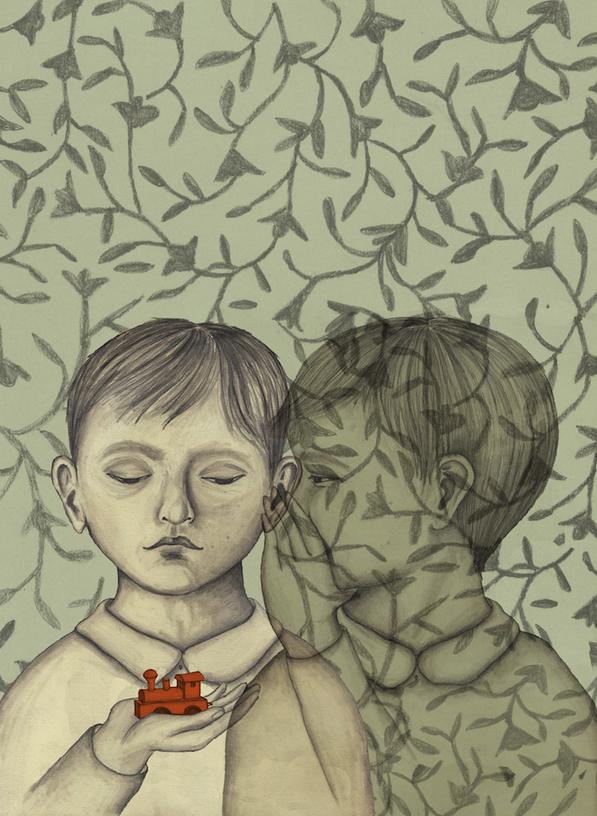 What will we feel in the moment of death?
What will come after the initial, inevitable fear?
Shall we sense a strange familiarity with the extreme, simultaneous relaxation of every muscle?
Will the ultimate abandonment remind us of the ancient, primitive annihilation we experience during an orgasm?

Following Epicurus’ famous reasoning (which is, by the way, philosophically and ethically debatable), we should not even worry about such things because when death is present, we are not, and viceversa.
Unknowability of death: as is often said, “no one ever came back” to tell us what lies on the other side. Despite this idea, religious traditions have often described in detail the various phases the soul is bound to go through, once it has stepped over the invisible threshold.

Through the centuries, this has led to the writing of actual handbooks explaining the best way to day.
Western Ars moriendi focused on the moments right before death, while in the East the stress was more on what came after it. But eventually most spiritual philosophies share the fear that the passage might entail some concrete dangers for the spirit of the dying person: demons and visions will try to divert the soul’s attention from the correct path.
In death, one can get lost.

One of the intuitions I find most interesting can be found in Part II of the Bardo Thodol:

O nobly-born, when thy body and mind were separating, thou must have experienced a glimpse of the Pure Truth, subtle, sparkling, bright, dazzling, glorious, and radiantly awesome, in appearance like a mirage moving across a landscape in spring-time in one continuous stream of vibrations. Be not
daunted thereby, nor terrified, nor awed. That is the radiance of thine own true nature. Recognize it.
From the midst of that radiance, the natural sound of Reality, reverberating like a thousand thunders simultaneously sounding, will come. That is the natural sound of thine own real self. Be not daunted thereby, nor terrified, nor awed. […] Since thou hast not a material body of flesh and blood, whatever may come — sounds, lights, or rays — are, all three, unable to harm thee: thou art incapable of dying. It is quite sufficient for thee to know that these apparitions are thine own thought-forms.

It seems to me that this idea, although described in the book in a figurative way, might in a sense resist even to a skeptical, seular gaze. If stripped of its buddhist symbolic-shamanic apparatus, it looks almost like an “objective” observation: death is essentially that natural state from which we took shape and to which we will return. Whatever we shall experience after death — if we are going to experience anything, be it little or much — is ultimately all there is to understand. In poetic terms, it is our own true face, the bottom of things, our intimate reality.

In 1978 Indian animator Ishu Patel, fascinated by these questions, decided to put into images his personal view of what lies beyond. His award-winning short movie Afterlife still offers one of the most suggestive allegorical representations of death as a voyage: a psychedelic trip, first and foremost, but also a moment of essential clarity. The consciousness, upon leaving the body, is confronted with archetypical, shape-shifting figures, and enters a non-place of the mind where nothing is certain and yet everything speaks an instantly recognizable language.

Patel’s artistic and fantastic representation depicts death as a moment when one’s whole life is reviewed, when we will be given a glimpse of the mystery of existence. A beautiful idea, albeit a bit too comforting.
Patel declared to have taken inspiration from Eastern mythologies and from near-death experience accounts (NDE), and this latter detail poses a further question: even supposing that in the moment of death we could witness similar visions, wouldn’t they actually be a mere illusion?

Of course, science tells us that NDE are perfectly coherent with the degenerative neurological processes the brain undergoes when it’s dying. Just like we are now aware of the psychophysical causes of mystic ecstasy, of auto-hypnotic states induced by repeating mantras or prayers, of visions aroused by prolonged fasting or by ingestion of psychoactive substances which are used in many shamanic rituals, etc.
But the physiological explanation of these alteration in consciousness does not undermine their symbolic force.
The sublime beauty of hallucinations lies in the fact that it does not really matter if they’re true or not; what is relevant is the meaning we bestow upon them.

Maybe, after all, only one thing can be really asserted: death still remains a white canvas. It’s up to us what we project on its blank screen.
Afterlife does just that, with the enigmatic lightness of a dance; it is a touching, awe-inspiring ride to the center of all things.