Some time ago I wrote a piece about those peculiar epiphanies linking different points on our mental map, which we thought were distant from each other, those unexpected convergences between stories and characters which at first glance appear to be unrelated.

Here’s another one: what do the preserved corpse of Jeremy Bentham (1), the famous Duchenne study on facial expressions (2), the amusement park museum in Paris (3) and anatomical waxes (4) have in common?

The link between all those things is one man: Jules Talrich, born in Paris in 1826. 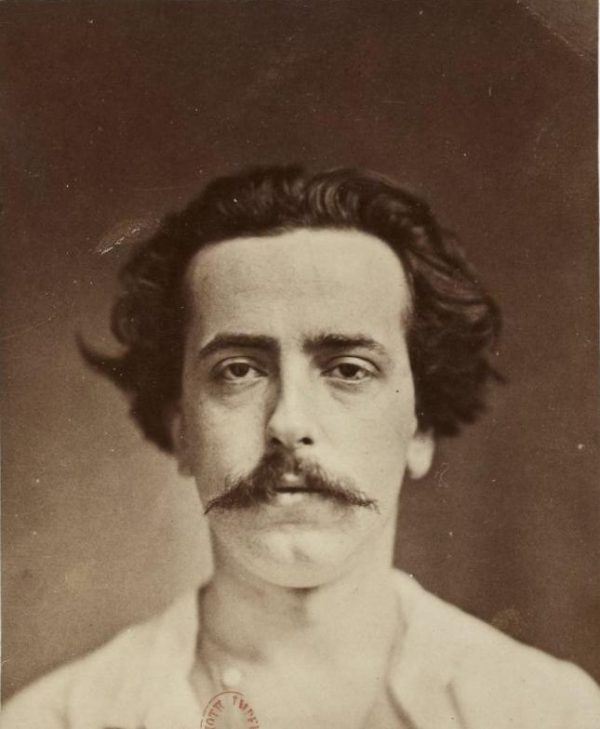 The Talrich family came from Perpignan, in the Pyrenees. There Jules’s grandfather, Thadée, had been chief surgeon at the local hospital; there his father, Jacques, had worked as a military surgeon before moving to Paris, two years prior to Jules’ birth.
As a child, therefore, Jules grew up in contact with medicine and the anatomical practice. In fact, his father had become famous for his wax models; this renown earned him a post as official ceroplast at the Faculty of Medicine in Paris in 1824. We can imagine little Jules running around in his father’s workshop, looking at his dad with admiration as he worked on his écorchés (flayed) models. 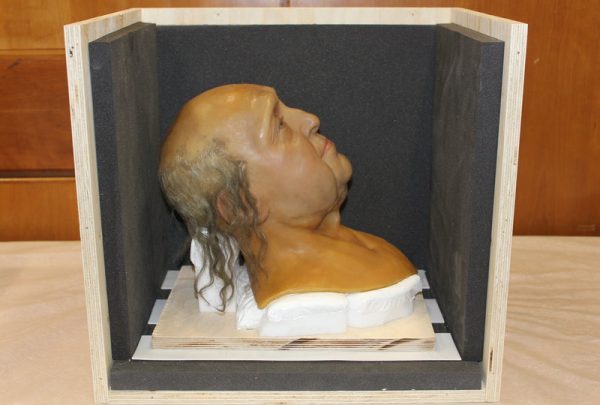 When he was only 6 years old, in 1832, Jules probably saw his father modeling the head of Jeremy Bentham.
The famous utilitarian philosopher had decided, a couple of years before he died, that his body should have been publicly dissected, embalmed and exposed in a case. But the process of mummification on his head, carried out by an anatomist friend of Bentham, Southwood Smith, had not given the expected results: the skin on his face had become dark and shriveled, and was judged excessively macabre. So Jacques Talrich – whose reputation as a ceroplast extended across the Channel – had been commissioned a wax reproduction of Bentham’s head. The so-called “auto icon” is still exhibited today in a hallway at the University College of London. 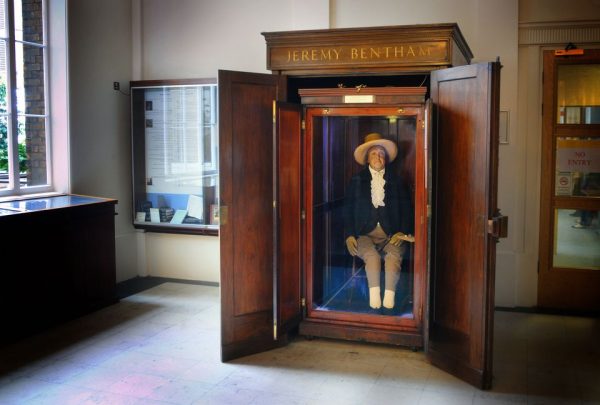 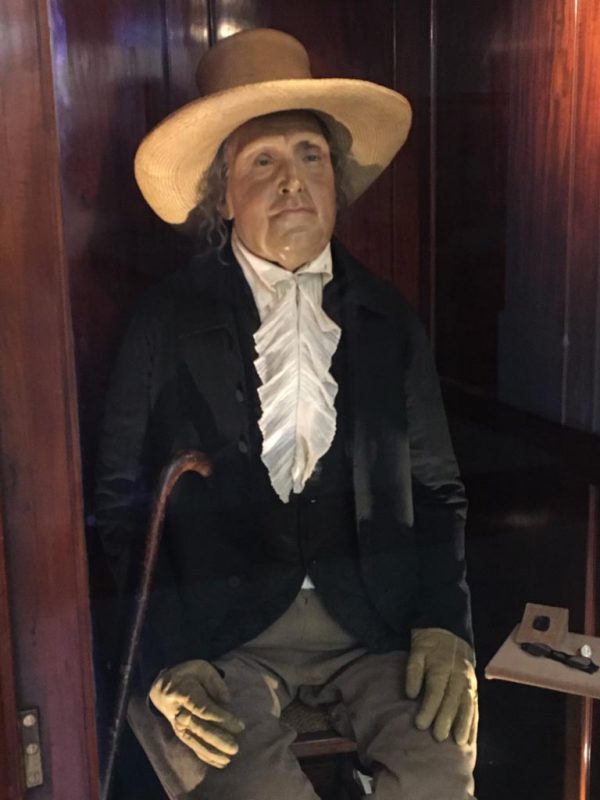 So it was that the young Jules grew up surrounded by wax models, and taking part in his father’s dissections of corpses in the Faculty of Medicine. When he was little more than a boy, he began working as a “prosector”, i.e. dissecting and preparing anatomical pieces to be used during class at the University; in his dad’s laboratory, he soon learned the art of replicating with molten wax the most intricate muscular and vascular structures of the human body. 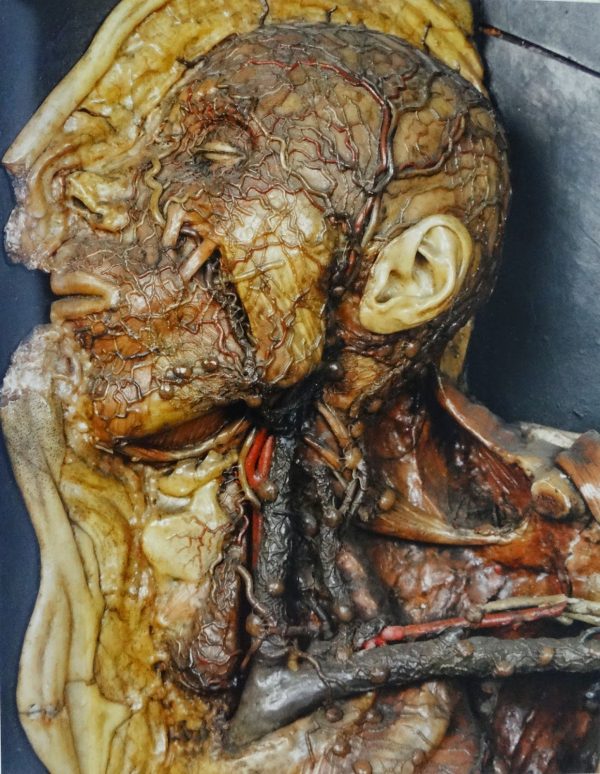 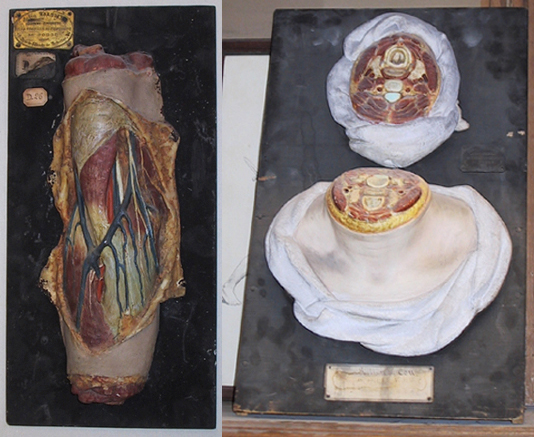 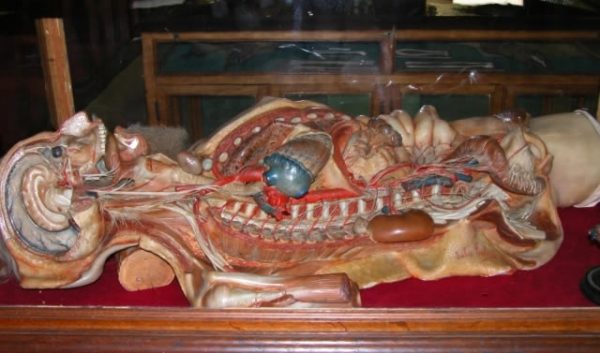 When Jacques died in 1851, Jules Talrich inherited the family business. In 1862 he was appointed ceroplast at the University, the same place that his father had occupied for so many years; and just like his father, Jules also became renowned for his wax and plaster anatomical models, both normal and pathological, which on the account of their exquisite workmanship were commissioned and exhibited in several museums, and turned out a huge success in several Universal Expositions. 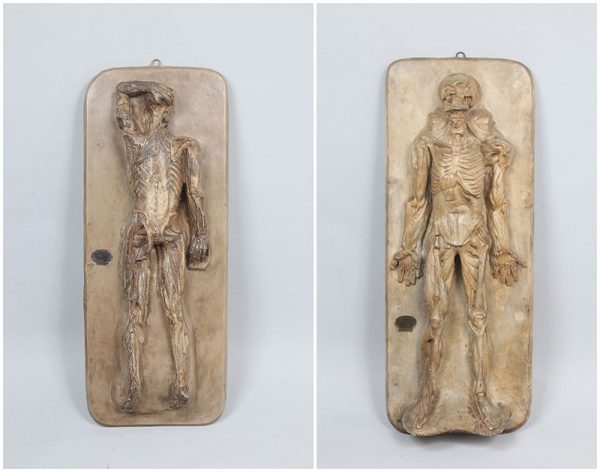 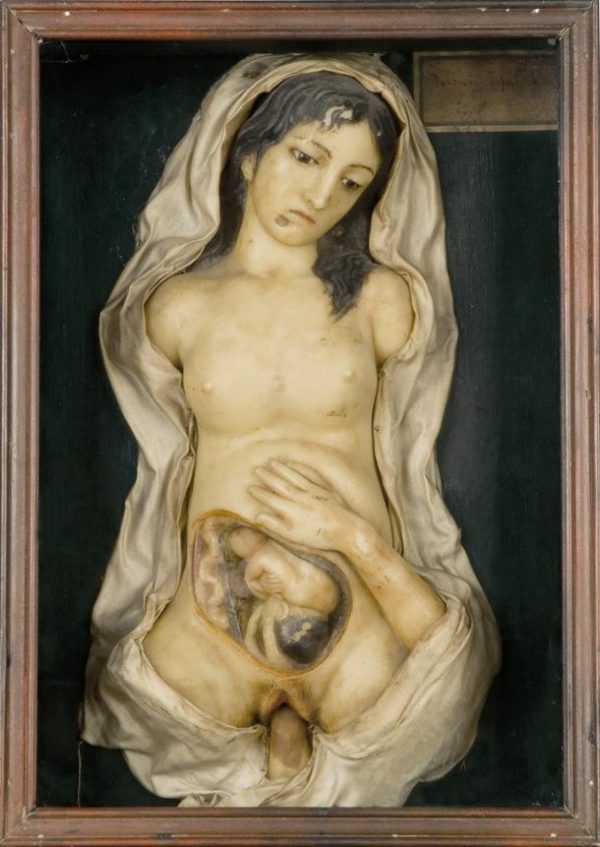 Besides a vast scientific production, the Maison Talrich provided services in the funeral business, modeling funeral masks or reconstructing illustrious faces such as that of Cardinal Richelieu, realized from his embalmed head. The ability of the French ceroplast also turned out to be useful in some criminal cases, for example to identify the corpse of a woman cut in half which was found in the Seine in 1876. Talrich’s waxes were also highly requested in the religious field, and the company made several important wax effigies of saints and martyrs. 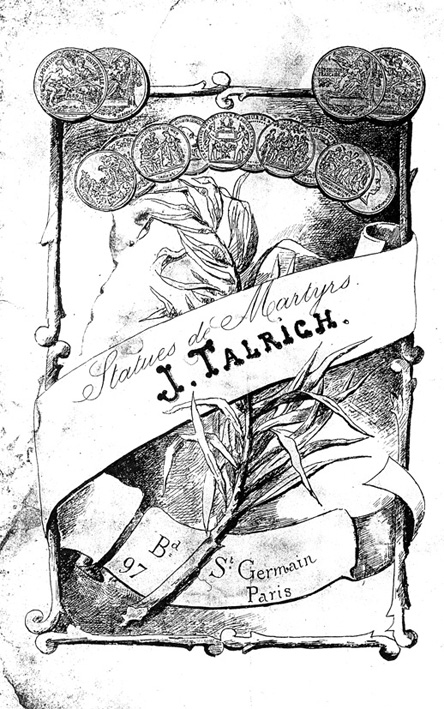 However, Talrich also influenced the world of entertainment and traveling fairs, at least to some extent. At the beginning of 1866 on the Grands Boulevards he opened his “Musée Français”, a wax museum in the spirit of the famous Madame Tussauds in London.

Talrich’s exhibition had a markedly mainstream appeal: upstairs, the public could see aome literary, historical and mythological characters (from Adam and Eve to Don Quixote, from Hercules to Vesalius), while for a surcharge of 5 francs one could access the underground floor, by descending a narrow spiral staircase. Here, in a calculated “chamber of horrors” atmosphere, were collected the most morbid attractions — torture scenes, pathological waxes, and so on. The visit ended with the illusion of the “Talking Head” illusion, patented by Professor Pepper (also inventor of the Pepper’s ghost); unfortunately the public soon realized that the effect was achieved by hiding an actor’s body behind two mirrors, and in a short time the real entertainment for the crowd became throwing paper balls on the poor man’s head.

The fact that a renowned and serious ceroplast, with a permanent job at the University, devoted himself to this kind of popular entertainment should not be astonishing. His museum, in fact, was part of a larger movement that in the second half of the 19th century brought anatomy into circuses and traveling fairs, a kind of attraction balancing between science, education and sensationalism.

In those years nearly every sideshow had a wax museum. And in it,

pedagogical figures had to provide information on distant populations and on the mysteries of procreation, they had to explain why one needed to wash and abstain from drinking too much, to show the perils of venereal diseases and the ambiguities of consanguinity. It was an illustrated morality, but also an opportunity to gaze at the forbidden in good conscience, to become a voyeur by virtue. A summary of the perversities of bourgeois civilization. 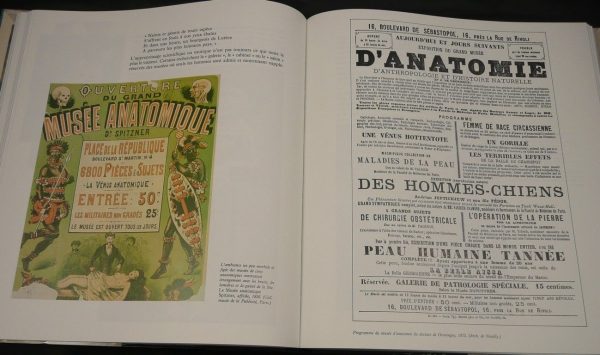 A strange and ambiguous mixture of science and entertainment:

Traveling anatomical museums found their place at the fair, alongside the pavilions of scientific popularization, historical wax museums and other dioramas, all manifestations of the transition from high culture to popular culture. These new types of museums differed from the pedagogical university museums on the account of their purpose and the type of public they were intended for: contrary to academical institutions, they had to touch the general public of traveling fairs as lucrative attractions, which explains the spectacular nature of some pieces. And yet, they never completely lost their pedagogical vocation, although retranslated in a moralizing sense, as testified by the common collections about “social hygiene”.

The Musée Français was short-lived, and Talrich was forced to close after less than two years of activity; in 1876, he opened a second museum near Montmartre, this time a more scientific (albeit still voyeuristic) installation. Almost 300 pathological models were exposed here, as well as some ethnological waxes. 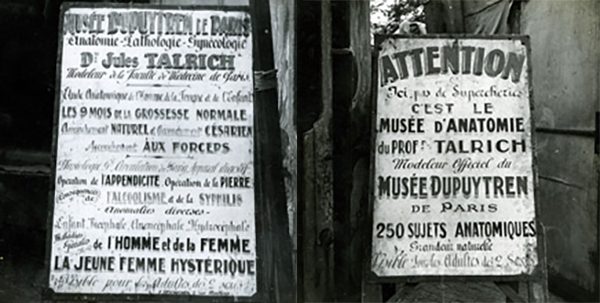 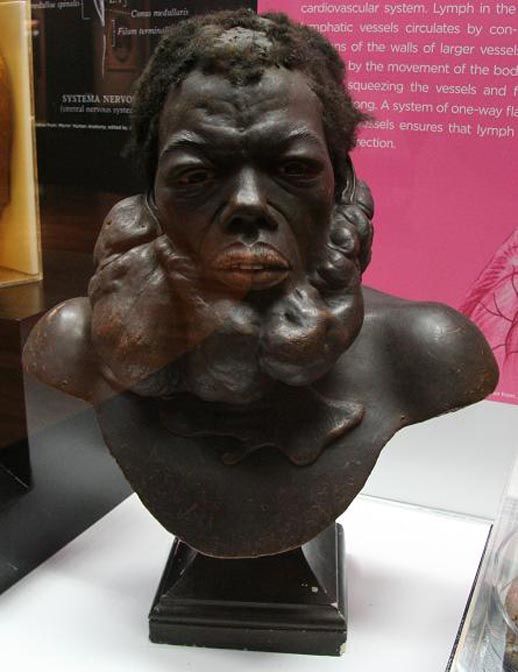 But besides his own museums, Jules Talrich supplied waxworks and plaster models for a whole range of other collections — both stable and itinerant — such as the Musée Grevin, the Grand Panopticum de l’Univers or the very famous Spitzner Museum.
In fact, many of the pieces circulating in amusement parks were made by Talrich; and some of these anatomical waxes, together with real pathological and teratological preparations, are now kept in a “secret cabinet” inside the Musée des Arts Forains at the Pavillons de Bercy in Paris. (This museum, entirely dedicated to traveling carnivals, is in my opinion one of the most marvelous places in the world and, ça va sans dire, I have included it in my book Paris Mirabilia). Jules Talrich retired in 1903, but his grandchildren continued the business for some time. Jules and his father Jacques are remembered as the greatest French ceroplasts, together with Jean-Baptiste Laumonier (1749-1818), Jules Baretta (1834-1923) and Charles Jumelin (1848-1924). 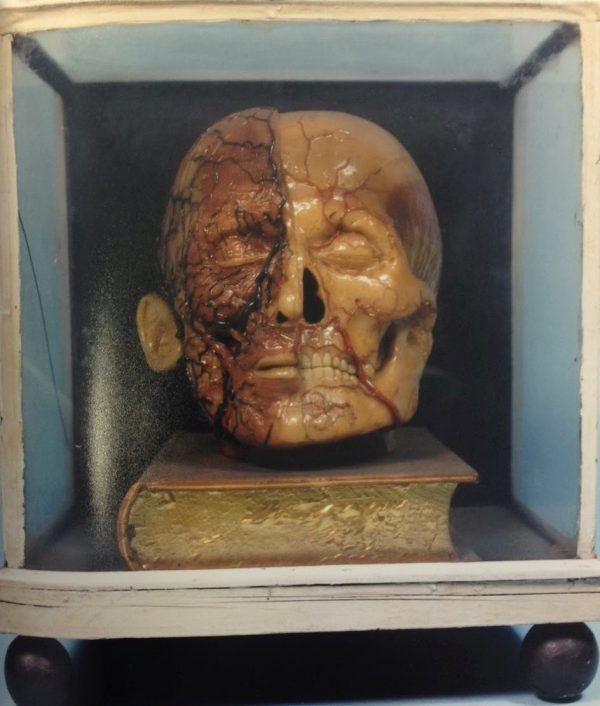 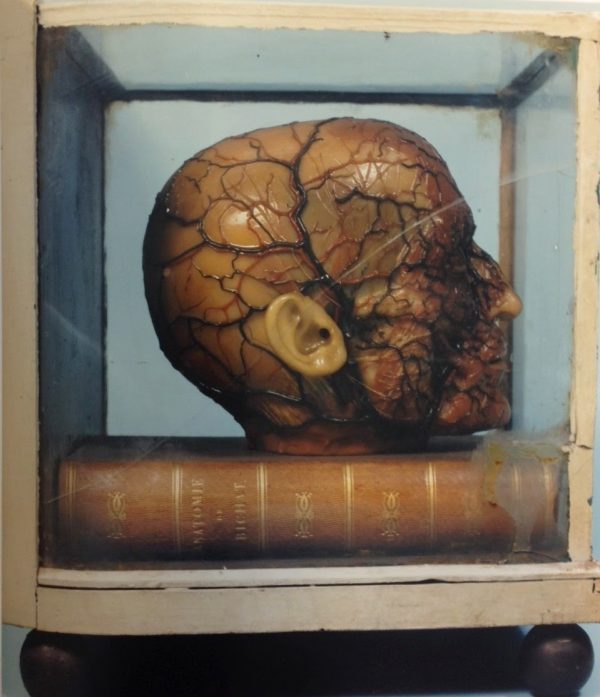 In closing, here’s one last curiosity — as well as the last “convergence”, of the four I mentioned at the beginning.

Several photographs of Jules Talrich exist, and for a peculilar reason. A lover of physiognomy and phrenology himself, Jules agreed in 1861 to take part in Guillaume Duchenne‘s experiments on how facial expressions are connected to emotions. The shots depicting Talrich were included by Duchenne in his Mécanisme de la physionomie humaine, published the following year. 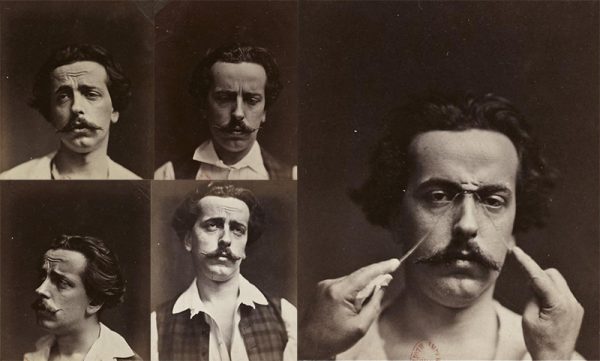 But Jules’ beautiful face, with his iconic mustache, is also visible in some plasterwork, which Talrich provided with his own features: whether this was simply an artist’s whim, or a symbolic meditation on his own mortality, we will never know. 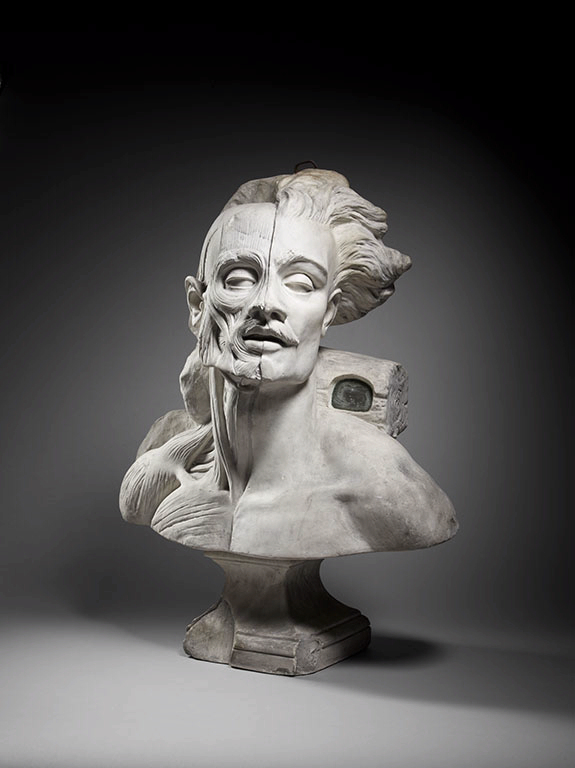 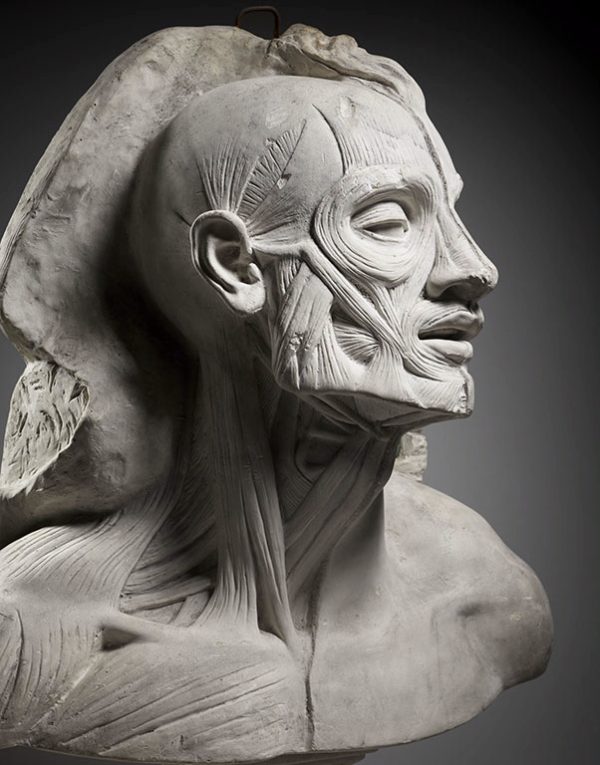 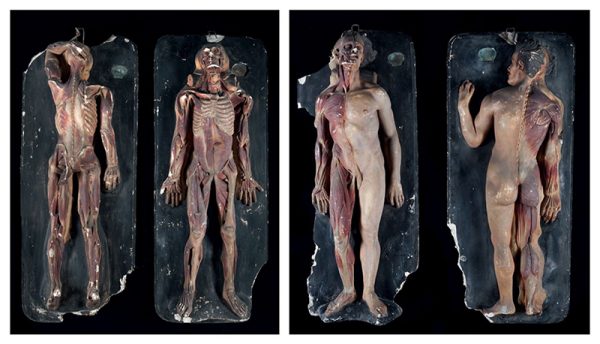 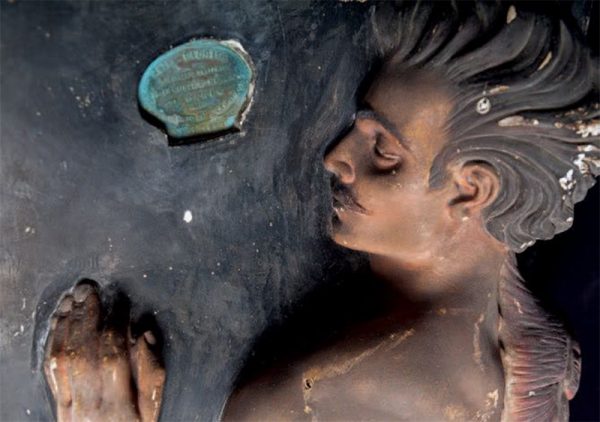