A few days after Elizabeth II’s death, a bizarre piece of news went around the world: the Royal Palace beekeeper, John Chapple, reportedly alerted the bees to the Queen’s death.

The strange custom of notifying these insects of their master’s death, as explained by several folklorists questioned on the matter, is a centuries-old tradition and stems from the superstition that if the event was not communicated, the bees might die or abandon the hives. Indeed, even in the rest of Europe this type of funeral announcement is a well-documented tradition, and several studies have shown that there are stereotypical formulas for presenting the news to the hives. Sometimes these standard formulas served to incite the bees to produce more wax for candles to be used during the funeral, as in this little poem used in Navarre:

Little bees, little bees,
make some wax!
The master is dead
and there is a need for light in the church.

It should be noted that bees in particular have always enjoyed a special status, compared to other domestic animals. The human-bee relationship has always been interwoven with dense symbolism, which is reflected in the sacred importance of wax and honey, and translated into a whole series of specific rituals and customs. In almost all traditions there are, for example, prohibitions and cautions regarding how to get possession of the first hive (it is said that it must be stolen, or on the contrary absolutely not stolen, that it must be a gift or categorically cannot be, etc.). The proper way to address bees is also codified, complete with words that are to be avoided and formulas of respect that prevent insult. 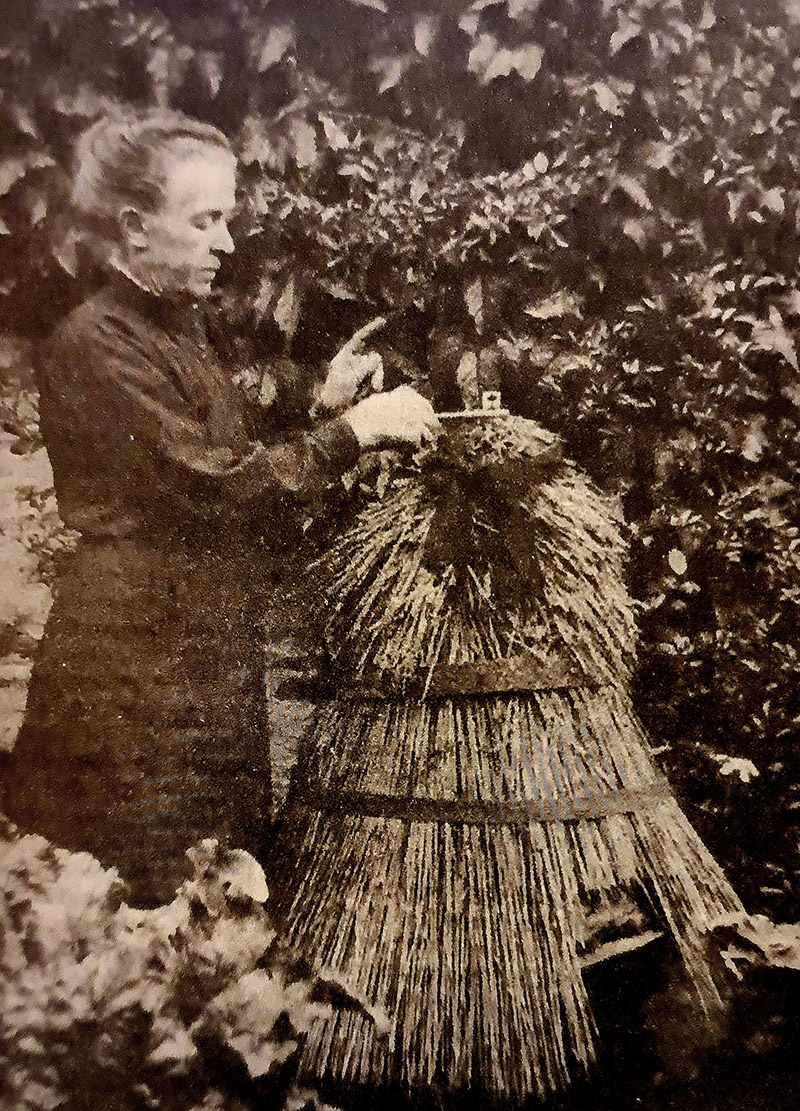 Bees, however, are not unique. In peasant cultures, with a rural-pastoral structure, life is spent in close contact with animals, on which subsistence depends; they are central to the daily concerns of the household, with which they share, willingly or unwillingly, labors and vicissitudes. Farmyard and barn animals thus become a true offshoot of the family.

It is not surprising, then, that mourning can also be “extended” to the other farm animals, which to some extent are reputed to be affectively close to those who care for them; what is more interesting, however, is how mourning can be extended even to objects.

In the Lucanian territory, in Latronico (Potenza) and Miglionico (Matera) it is customary to put a black ribbon on mules and horses belonging to the family of the deceased. In Calabria in the area of Siderno (Reggio Calabria) the red stripe that supports the bell of sheep and oxen is replaced for thirty days or a whole year with a black stripe. In Bagnara Calabra (Reggio Calabria), when the master hunter dies, a black handkerchief is placed around the dog’s neck. If the dead man was a farmer, it is placed at the cow’s horns. It was also observed that black ribbon was applied not only to animals but also to bicycles and mopeds. In some villages a black band is placed on the back of the bed where the person died. The door of the house affected by misfortune is black-lined and the black band is left there until it is worn away by time and weather. In Sicily in some villages that observe strict mourning, black ribbons and cords are attached to the pack animals, and the halters, bows and other harnesses are dyed black. In Ucriva (Messina) strips of black cloth are attached to cats and dogs and to the feet of hens, and a bow is tied to donkey halters. In our days some people put it on cars. In Gallura, in Olbia, the dog’s collar is removed, and the clapper is removed from the bell that hangs from the necks of those beasts (goats, cows, sheep) that guide the herds. In Calangianus, a black ribbon is tied to the favorite horse and oxen of the deceased. Similar information appears in most Italian demological sources.

The custom of covering mirrors in the dwelling where someone has just died, though on the one hand related to some popular beliefs (the soul of the deceased person could be “trapped” in the mirror), on the other hand appears to be in line with this extension of mourning to the objects of the home, in this particular case going to prohibit a vanity — the gazing at oneself — that would be out of place during a social moment when a state of contrition and grief is required. 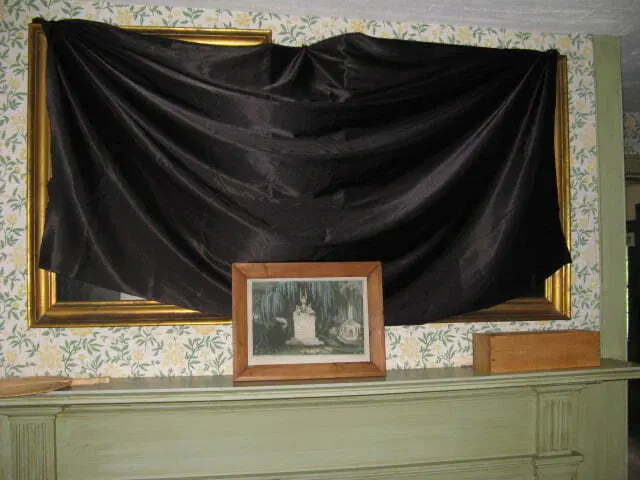 Such practices are intended to express a grief, a loss that is so great and irreparable that it also affects for a time all that surrounds the bereaved family, all those things that in one way or another had to do with the deceased person. In this sense, it is also a way for relatives to express the extent and depth of their affliction.

From a broader perspective, the relationship between individual and society is made explicit not only in life but also in lack, in the vacancy left by the deceased person. There is something terrible and at the same time poetic in all these black ribbons appearing, multiplying on animals and objects… in this image of death spreading, like a dark oil stain, all around the place from which the absence “springs.”