For some days now I have been receiving suggestions about Dr. Masaichi Fukushi‘s tattoo collection, belonging to Tokyo University Pathology Department. I am willing to write about it, because the topic is more multifaceted than it looks.

Said collection is both well-known and somewhat obscure.
Born in 1878, Dr. Fukushi was studying the formation of nevi on the skin around 1907, when his research led him to examine the correlation between the movement of melanine through vascularized epidermis and the injection of pigments under the skin in tattoos. His interest was further fueled by a peculiar discovery: the presence of a tattoo seemed to prevent the signs of syphilis from appearing in that area of the body.

In 1920 Dr. Fukushi entered the Mitsui Memorial Hospital, a charity structure where treatment was offered to the most disadvantaged social classes. In this environment, he came in contact with many tattooed persons and, after a short period in Germany, he continued his research on the formation of congenital moles at Nippon Medical University. Here, often carrying out autopsies, he developed an original method of preserving tattooed epidermis he took from corpses; he therefore began collecting various samples, managing to stretch the skin so that it could be exhibited inside a glass frame. 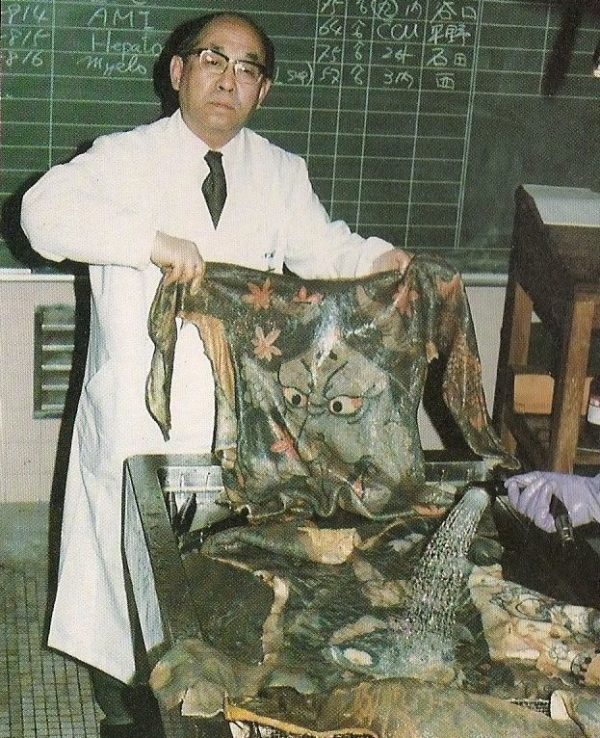 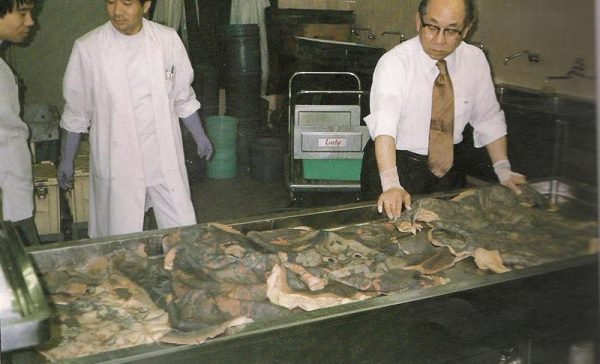 It seems Dr. Fukushi did not have an exclusively scientific interest in tattoos, but was also quite compassionate. Tattooed people, in fact, often came from the poorest and most problematic bracket of japanese society, and Fukushi’s sympathy for the less fortunate even pushed him, in some instances, to take over the expenses for those who could not afford to complete an unfinished tattoo. In return, the doctor asked for permission to remove their skin post mortem. But his passion for tattoos also took the form of photographic records: he collected more than 3.000 pictures, which were destroyed during the bombing of Tokyo in WWII.
This was not the only loss, for a good number of tattooed skins were stolen in Chicago as the doctor was touring the States giving a series of academic lectures between 1927 and 1928.
Fukushi’s work gained international attention in the 40s and the 50s, when several articles appeared on the newspapers, such as the one above published on Life magazine.

As we said earlier, the collection endured heavy losses during the 1945 bombings. However some skin samples, which had been secured elsewhere, were saved and — after being handed down to Fukushi’s son, Kalsunari — they could be today inside the Pathology Department, even if not available to the public. It is said that among the specimens there are some nearly complete skin suits, showing tattoos over the whole body surface. All this is hard to verify, as the Department is not open to the public and no official information seems to be found online. 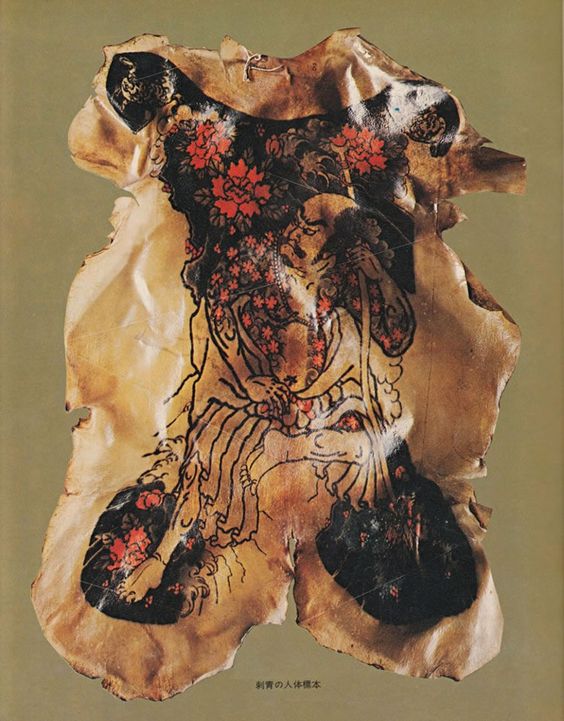 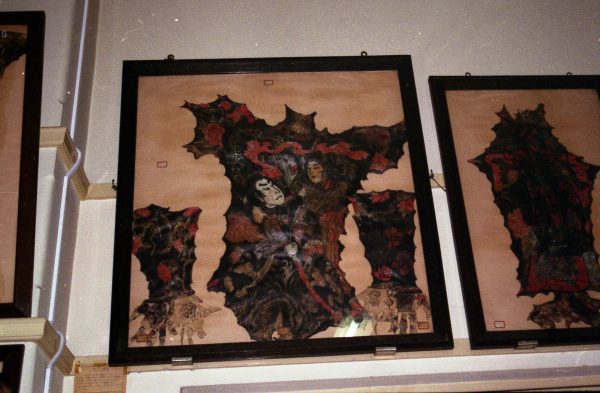 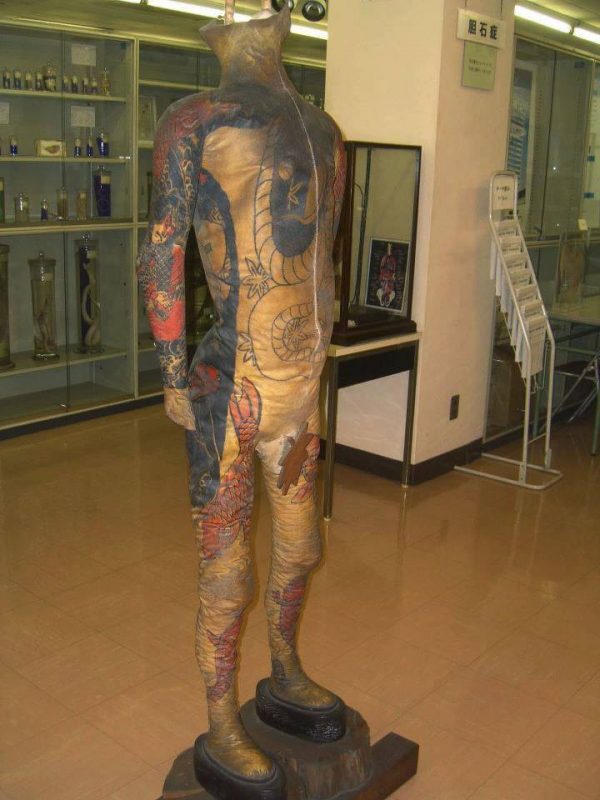 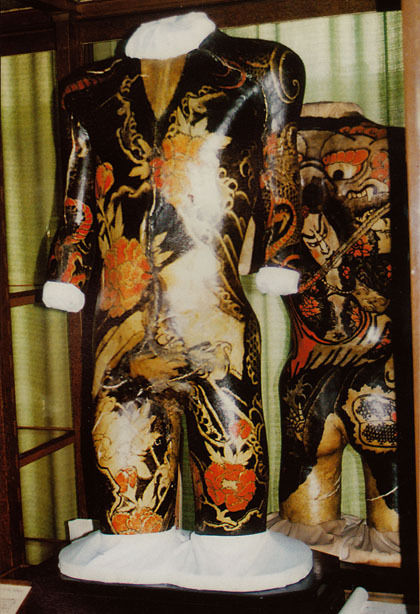 Then again, if in the Western world tattoo is by now such a widespread trend that it hardly sparks any controversy, it still remains quite taboo in Japan.
Some time ago, the great Italian tattoo artist Pietro Sedda (author of the marvelous Black Novel For Lovers) told me about his last trip to Japan, and how in that country tattooers still operate almost in secret, in small, anonymous parlors with no store signs, often hidden inside common apartment buildings. The fact that tattoos are normally seen in a negative way could be related to the traditional association of this art form with yakuza members, even though in some juvenile contexts fashion tattoos are quite common nowadays. 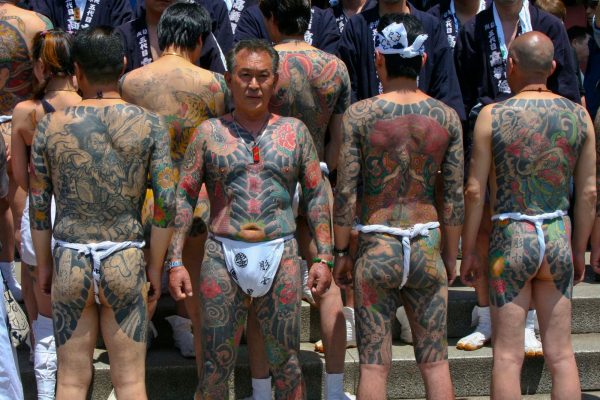 A tattoo stygma existed in Western countries up to half a century ago, ratified by explicit prohibitions in papal bulls. One famous exception were the tattoos made by “marker friars” of the Loreto Sanctuary, who painted christian, propitiatory or widowhood symbols on the hands of the faithful. But in general the only ones who decorated their bodies were traditionally the outcast, marginalized members of the community: pirates, mercenaries, deserters, outlaws. In his most famous essay, Criminal Man (1876), Cesare Lombroso classified every tattoo variation he had encountered in prisoners, interpreting them through his (now outdated) theory of atavism: criminals were, in his view, Darwinianly unevolved individuals who tattooed themselves as if responding to an innate primitiveness, typical of savage peoples — who not surprisingly practiced tribal tattooing.

Coming back to the human hides preserved by Dr. Fukushi, this is not the only, nor the largest, collection of its kind. The record goes to London’s Wellcome Collection, which houses around 300 individual pieces of tattoed skin (as opposed to the 105 specimens allegedly stored in Tokyo), dating back to the end of XIX Century. 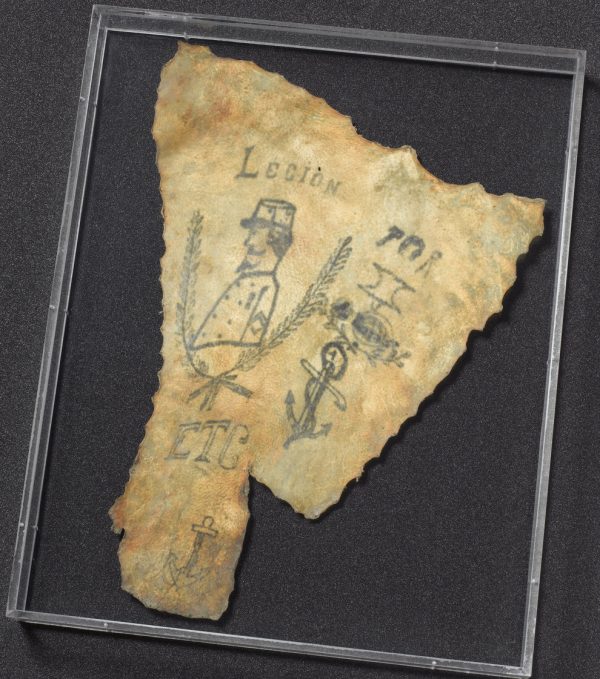 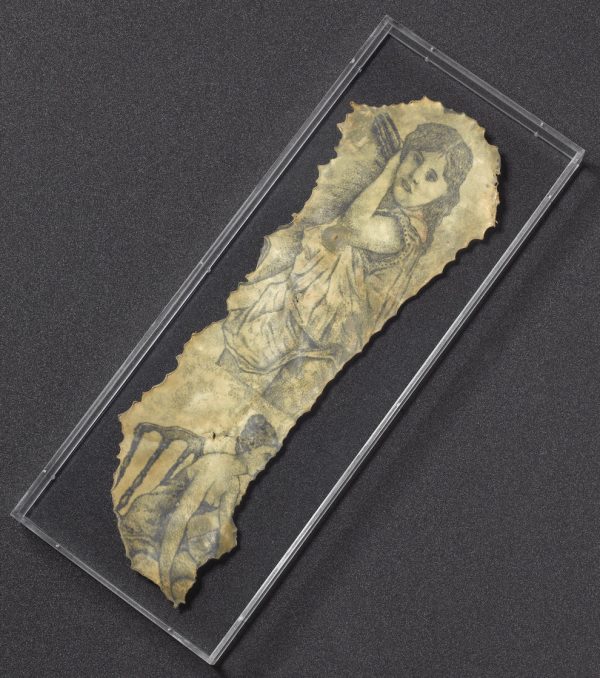 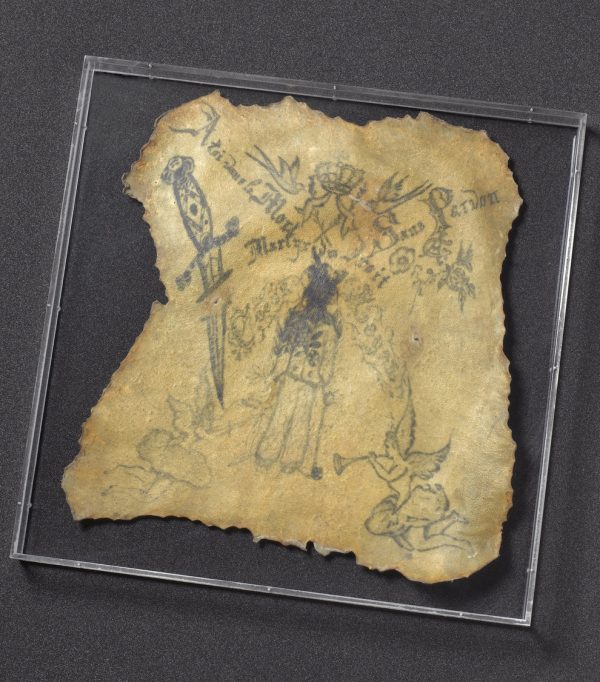 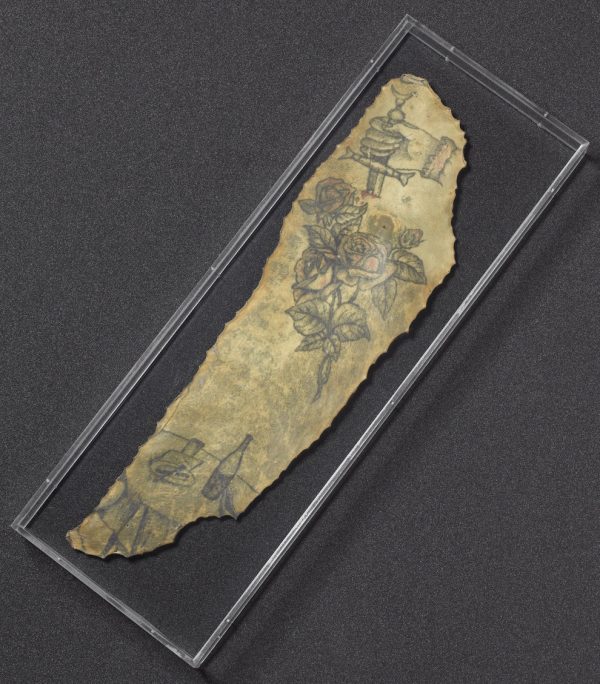 The edges of these specimens show a typical arched pattern due to being pinned while drying. And the world opened up by these traces from the past is quite touching, as are the motivations that can be guessed behind an indelible inscription on the skin. Today a tattoo is often little more than a basic decoration, a tribal motif (the meaning of which is often ignored) around an ankle, an embellishment that turns the body into a sort of narcissistic canvas; in a time when a tattoo was instead a symbol of rebellion against the establishment, and in itself could cause many troubles, the choice of the subject was of paramount relevance. Every love tattoo likely implied a dangerous or “forbidden” relationship; every sentence injected under the skin by the needle became the ultimate statement, a philosophy of life. 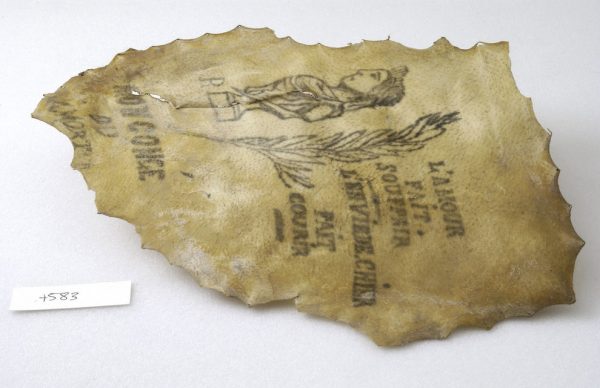 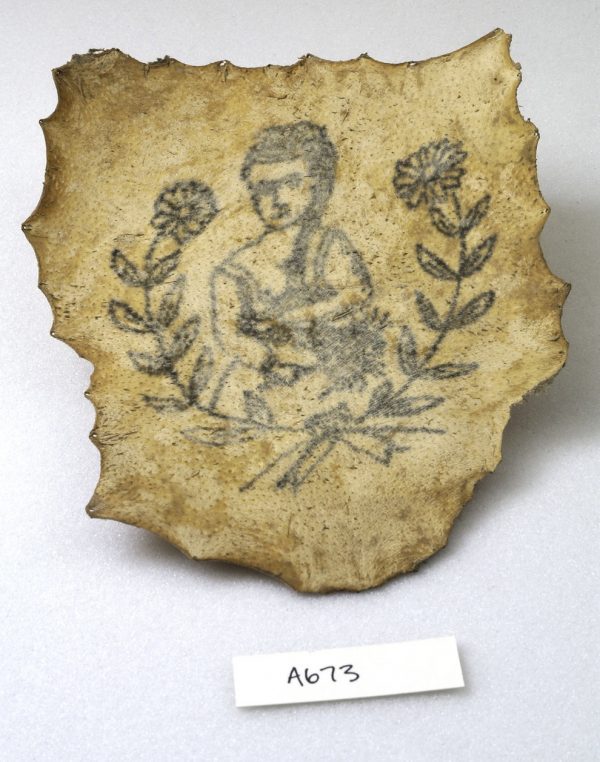 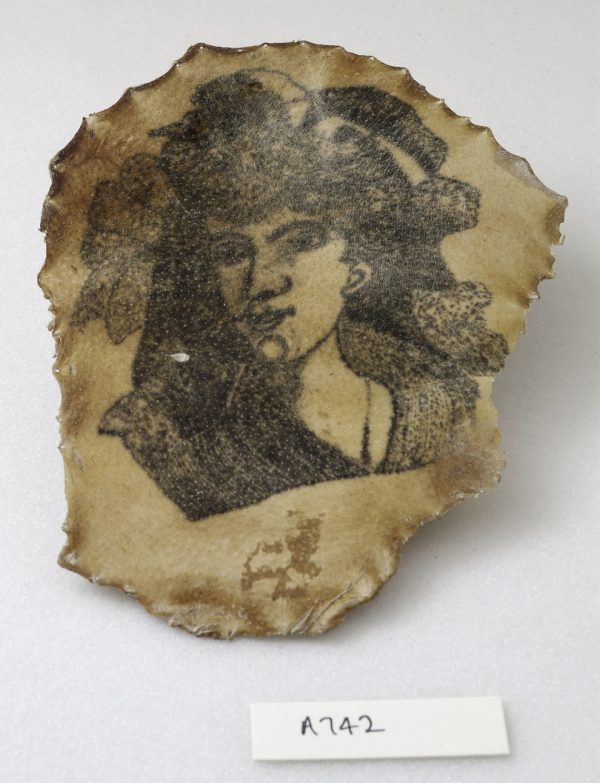 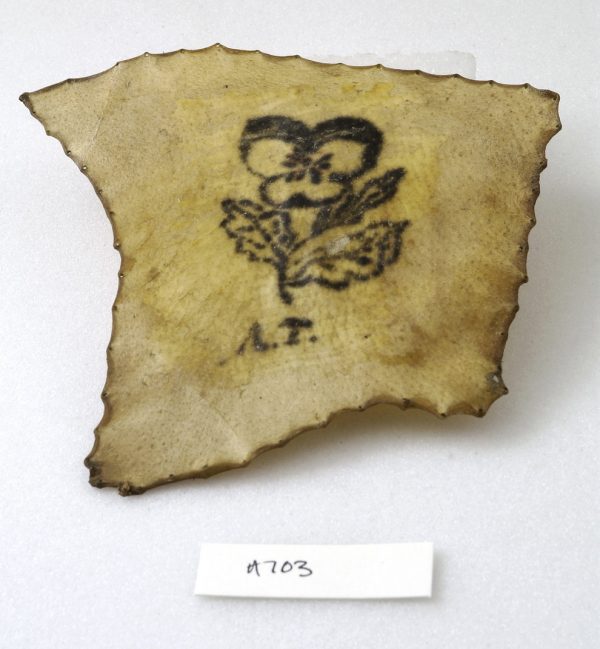 These collections, however macabre they may seem, open a window on a non-aligned sensibility. They are, so to speak, an illustrated atlas of that part of society which is normally not contemplated nor sung by official history: rejects, losers, outsiders.
Collected in a time when they were meant as a taxonomy of symbols allowing identification and prevention of specific “perverse” psychologies, they now speak of a humanity who let their freak flag fly. 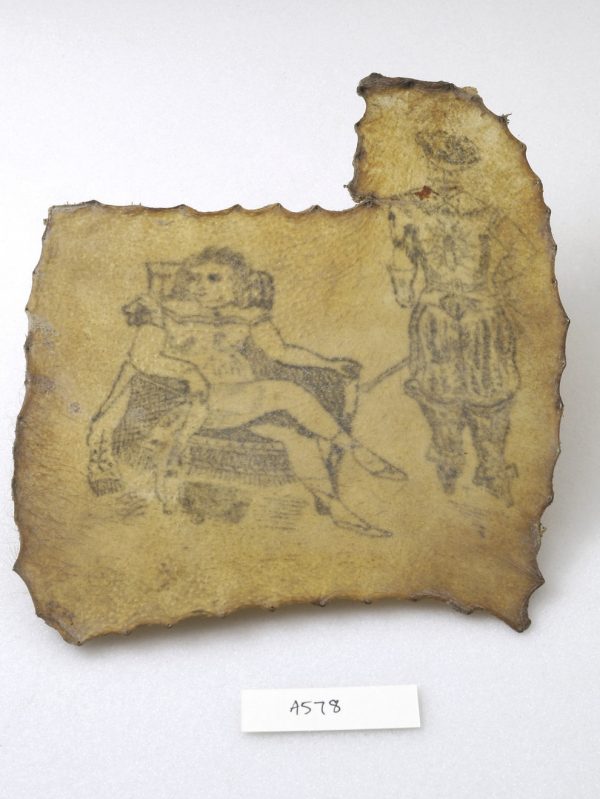 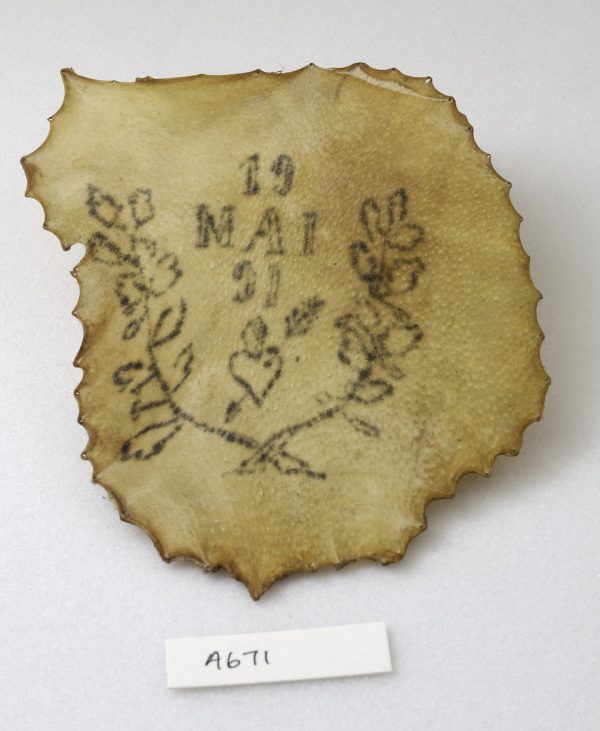 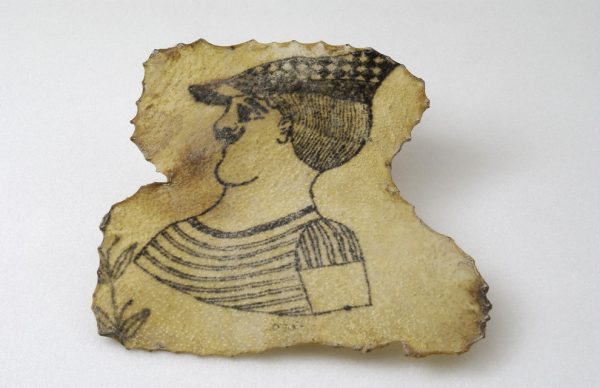 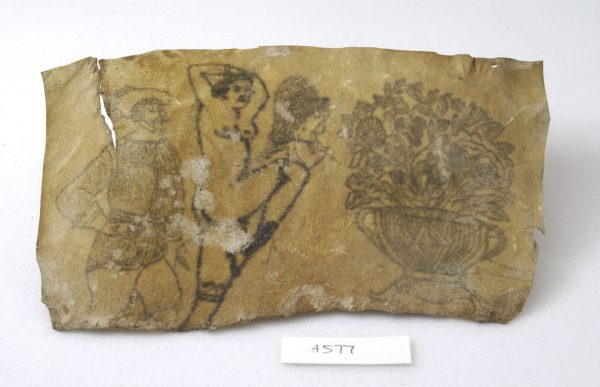 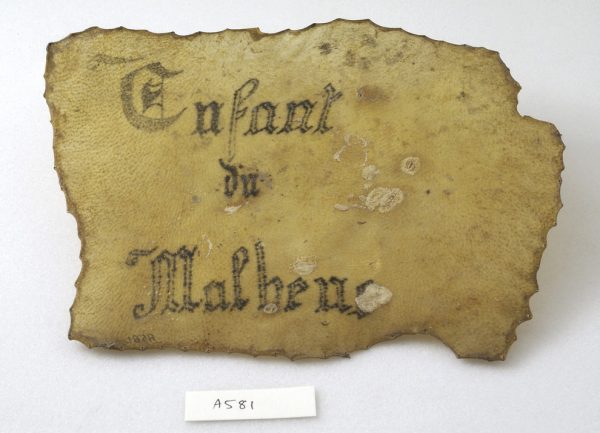 (Thanks to all those who submitted the Fukushi collection.)