Jan Švankmajer secured his place in the pantheon of animation, and is now rightfully celebrated as one of the greatest innovators in the art of stop motion. Since the 60s, his work influenced countless directors, from Brothers Quay to Terry Gilliam, from Henry Selick to Tim Burton and, in Italy, Stefano Bessoni.
If you are still not familiar with Švankmajer’s works, it is never too late. This post is a very brief introduction to the surreal inventions of an extraordinary author. 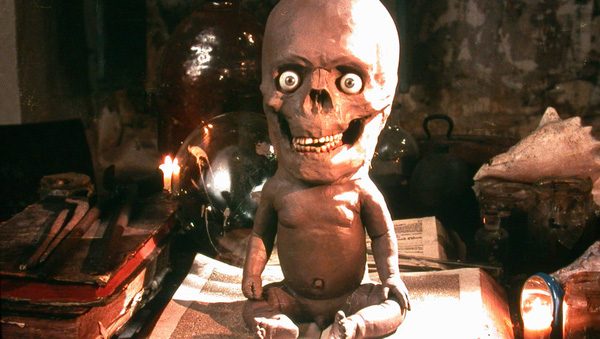 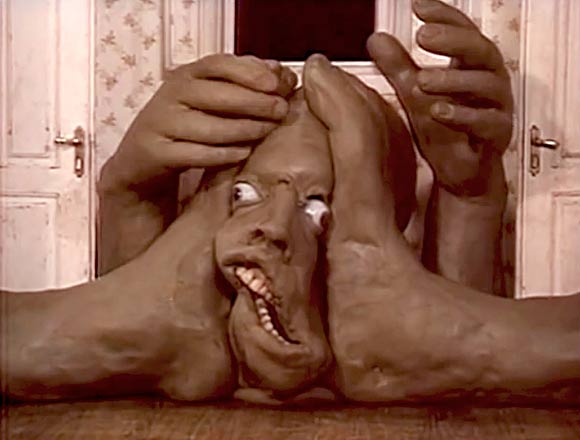 His many short films and six feature-lenght movies (the best known being a macabre adaptation of Alice) build a pareticularly dark and unsettling view of the world, where animate objects seem to often fight each other to death and, on the other hand, human beings have bodies capable of sudden, uncanny transformations; there is no certainty, in this tragic and mocking universe, no real hope.
Below you can watch the second episode of Dimensions of dialogue (Možnosti dialogu, 1982), a short film divided in three sections. Erotic desire, with its animal-like poetry, gives birth to something that none of the two lovers had envisioned: an unwanted feeling, perhaps, which demands attention and care. The cruelty exploding in the second part is the bitter twist in human relationships, the pain we sometimes inflict to each other. And the abstract quality of the scene makes it a universal symbol, as if this wasn’t simply the story of a woman and a man, but any couple’s inevitable curve trend.

Food and the act of eating, in Švankmajer’s works, play a fundamental role. Like sex and evacuation, it is what reminds us that we are beasts. The director makes use of this in a satyrical way, to depict a humanity in the grip of brutal instincts, beyond class differences and any superstructure. The short film Food (Jídlo, 1992) is once again devided in three episodes; in the middle section, Lunch, the two dining companions know no dimension other than excruciating hunger. But their social class is different, and in the end the bourgeois business man, with a sly trick, will overcome the vagabond.

The cynicism of the animator from Prague especially arises in his stunning Meat Love (Zamilované maso, 1988), an ironic take on the concepts of vanitas and memento mori.

Even today, aged 81, Švankmajer has no intention to retire, and keeps on working tirelessly. His next feature film, Insects (Hmyz), is due to be released next year.