Certain watershed moments in our lives happen by accident, at least on the surface.

While attending university in Siena, it happened at one point that some of the lectures in the course of study were held not on the premises of my faculty, but located in the classrooms of theAccademia dei Fisiocritici, one of the oldest scientific institutions in Italy.

So one day I was in class in there, and to dilute the inhuman torment (no one should be subjected, without prior informed consent, to a general linguistics class) I got up to look for a bathroom. I asked the janitor how to get there, and he pointed to a door specifying that I had to go through the whole room because the restrooms were at the back.
When I entered, the shutters at the windows were ajar, and it took me a moment to adjust my eyes to the dimness. I finally distinguished, half a meter away from me, a strange silhouette… I focused with difficulty, and what I saw was this: 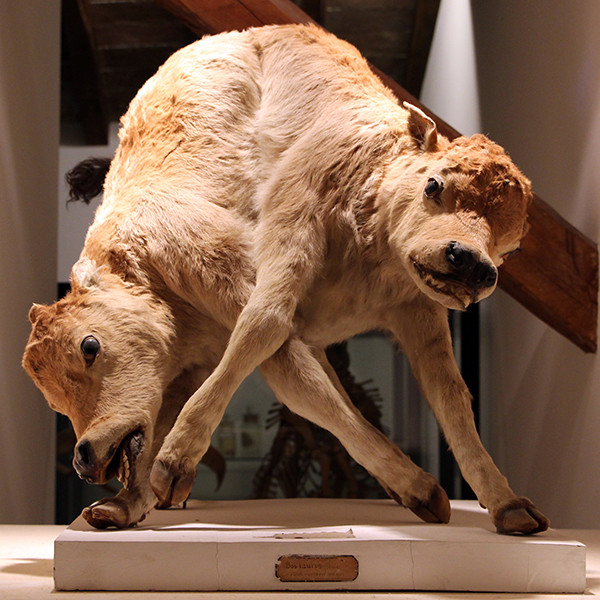 My memory is usually ragged and lazy, but that shock I remember as if it were a thing of today: the rush of adrenaline left me shaky. I found myself surrounded by other teratological specimens, although I didn’t even know the term at the time: in addition to the Siamese calf taxidermy, there were skeletons of thoracopagus lambs, malformed fetuses and human preparations.
I could have looked for an escape route, pulled straight for the restrooms cursing the janitor who had not warned me what I would be facing; instead, something clicked. I stood paralyzed for I don’t know how long, then the dismay faded, giving way to the most all-encompassing wonder I had ever felt. Precipitated in a paradoxical state, at once hypnotic and euphoric, I forgot about the bathroom, about class.
I did not leave that room until, an hour later, a fellow student came looking for me. Leaving the Academy, intoxicated and inebriated, I knew that moment would define at least in part all the rest of my life. 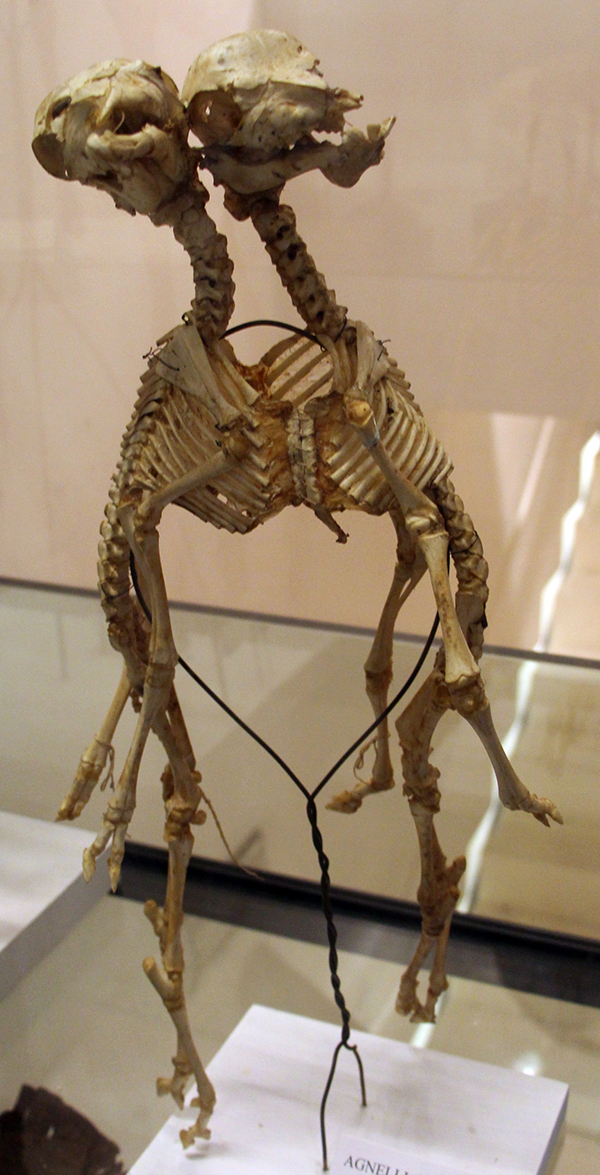 Why was that experience such an epiphany?
There was a hallucinatory quality to those deformed bodies that made me feel like a lost child, or at least get back in touch with a childlike trait that tends to be blunted by time: the inability to distinguish sharply between dream and reality.
(I wrote “inability to distinguish,” instead it would be better to say: the ability not to distinguish. But we’ll get to that.)

Now that I have been involved for many years precisely with anatomical or natural history museums, and their relationship to the uncanny, I understand well why that moment was so foundational for me. Without that surprise, that unexpected and cruel thrill, that cutaneous horripilation, that primal trauma, I would not have arrived at the approach that I believe informs much of my work: that of valuing the “Fantastic in science,” a concept around which I have long orbited, though without defining it explicitly until now.

Scientific and fantasy fiction are contradictory only in appearance, just as specious is the opposition between the Fantastic and Realism. Whether we are talking about film, literature or art, a double misunderstanding has plagued these disciplines for quite a while: on the one hand, Realism is merely a mode of exposition, laden with conscious choices and omissions — thus a clever pretense of verisimilitude. On the other, under the allegorical veneer, any fantastic narrative is a meditation (more or less conscious) on the reality of its own time.

In other words: realism is always a fable in disguise, while a fantastic narrative is always about concrete and current concerns.
The great difference between the two expressions is similar to what in music is called timbre; different are the instruments that play it, different are the filters, effects, distortions, and vibrations that are produced, but the note may well be the same.

In the artistic-literary sphere, therefore, such a dialectic never goes beyond the epidermis of the story, but I am convinced that on serious examination it does not hold between scientific language and the fantastic dimension either. While we are accustomed to recognizing the scientific themes that sometimes populate art or fantastic literature (think of Frankenstein), at first glance the presence of fantastic elements that run through scientific narratives — which are nothing more than a realist register taken to extremes — is less obvious.

It is the study of anatomy, human and animal, that in my eyes encapsulates more than other disciplines a propensity for the Marvelous.
On the one hand it is infused with all the epic of the heroes of science, the pioneering cartography of the body as a virgin continent to be explored, the esoteric toponymy and nomenclature; but the medical rhetoric of case reports — despite having developed a predilection for aseptic language honed over the centuries — is still descended from the accounts of prodigies and monstrous births of the Sixteenth Century. It is not uncommon to encounter medical papers that resemble veritable short stories. 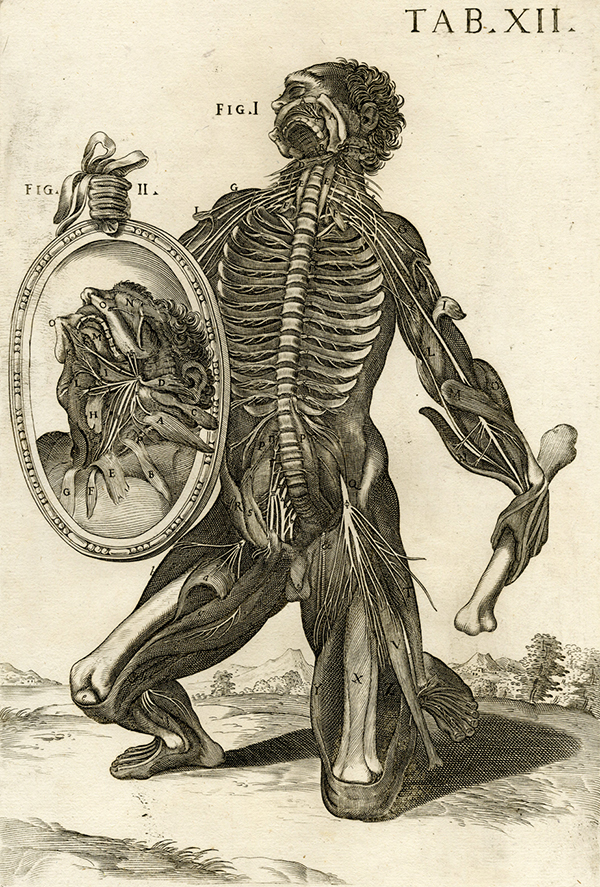 On the other hand, I have always been fascinated by anatomical plates (with their unintentional surrealism) and especially by the spectacular aspect of some museum preparations — such as those that treacherously stood before me at the Accademia dei Fisiocritici.

Precisely in the monstrous preparations, but also in certain dissections that unfold the body in unexpected visual distortions, there is an element of transfiguration of matter that I think is necessary for one to be able to speak properly of the Fantastic. 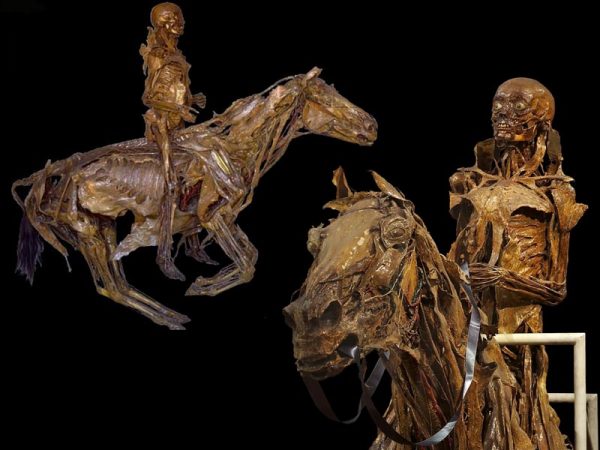 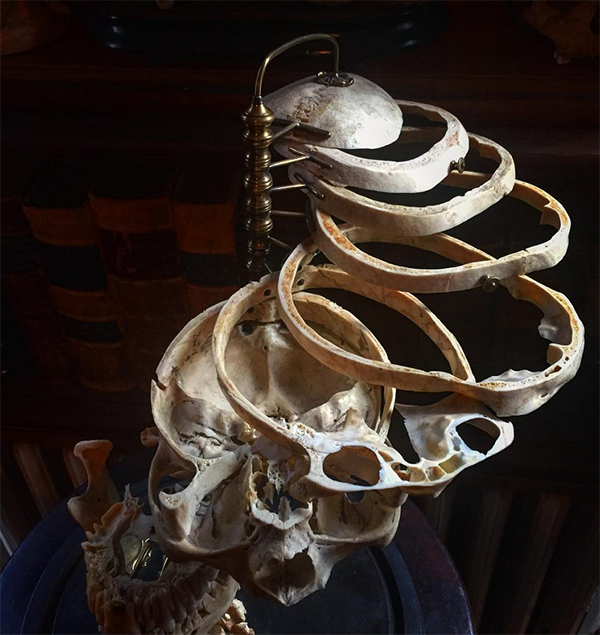 In short: If I were asked to name a place that perfectly represents my idea of the Fantastic, I would not think of any enchanted glade inhabited by fairies and goblins, nor of a crumbling mansion haunted by some evanescent ghost. Nor would I address distant hypothetical planets populated by inconceivable life forms.

I would direct the interlocutor to an anatomy museum. 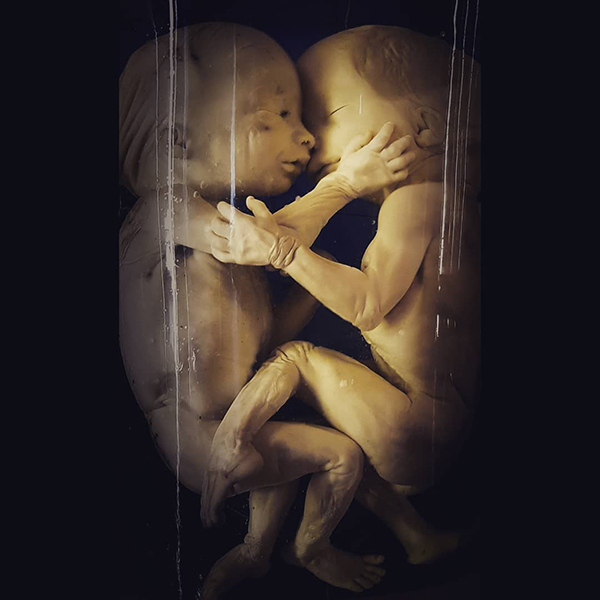 Tracing the fantastic in science, then, has broader and deeper repercussions. It means reconsidering the distance between mathematical-scientific and artistic-humanistic disciplines.

There is a widespread idea that the artist is predominantly irrational and emotional, but anyone who has ventured to produce any form of art knows very well that it is a work of ingenuity considered as an inseparable whole: it is necessary to guarantee space for the unknown to intervene in order to harmonize and elaborate it thanks to the control that technique guarantees.

On the other hand, the researcher or scientist proceeds in a kindred way — in spite of the different timbre, semiotic register, and tools — that is, in perennial balance between the describable and the indescribable, putting their faculties to good use indiscriminately, tuning the scruple of reasoning with those vast unfathomable areas from which intuition and unexpected illuminations spring. 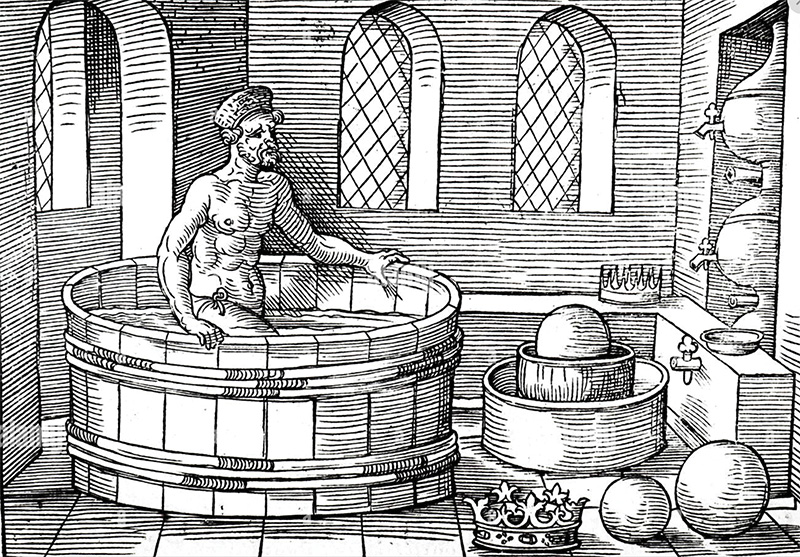 No human quest, in other words, is wholly rational or irrational: for we only move in an attempt to untangle the thicket of symbols we have inherited or created ourselves, and to overcome them. The poet and the scientist who intend to reach some truth must strain in a constant effort against the traps of language, of categories, of preconceptions.
In this, as I said, the child’s ability not to make big distinctions between dream and reality would be a discipline to cultivate since, when needed, it allows us to place ourselves beyond traditional separations.
It is useful to access that privileged vantage point from time to time, because from there the heterogeneous stimuli that animate our thinking are no longer judged a priori: and the multiple currents, coming from all directions, that churn and eddy under our keel, are still the same ocean. 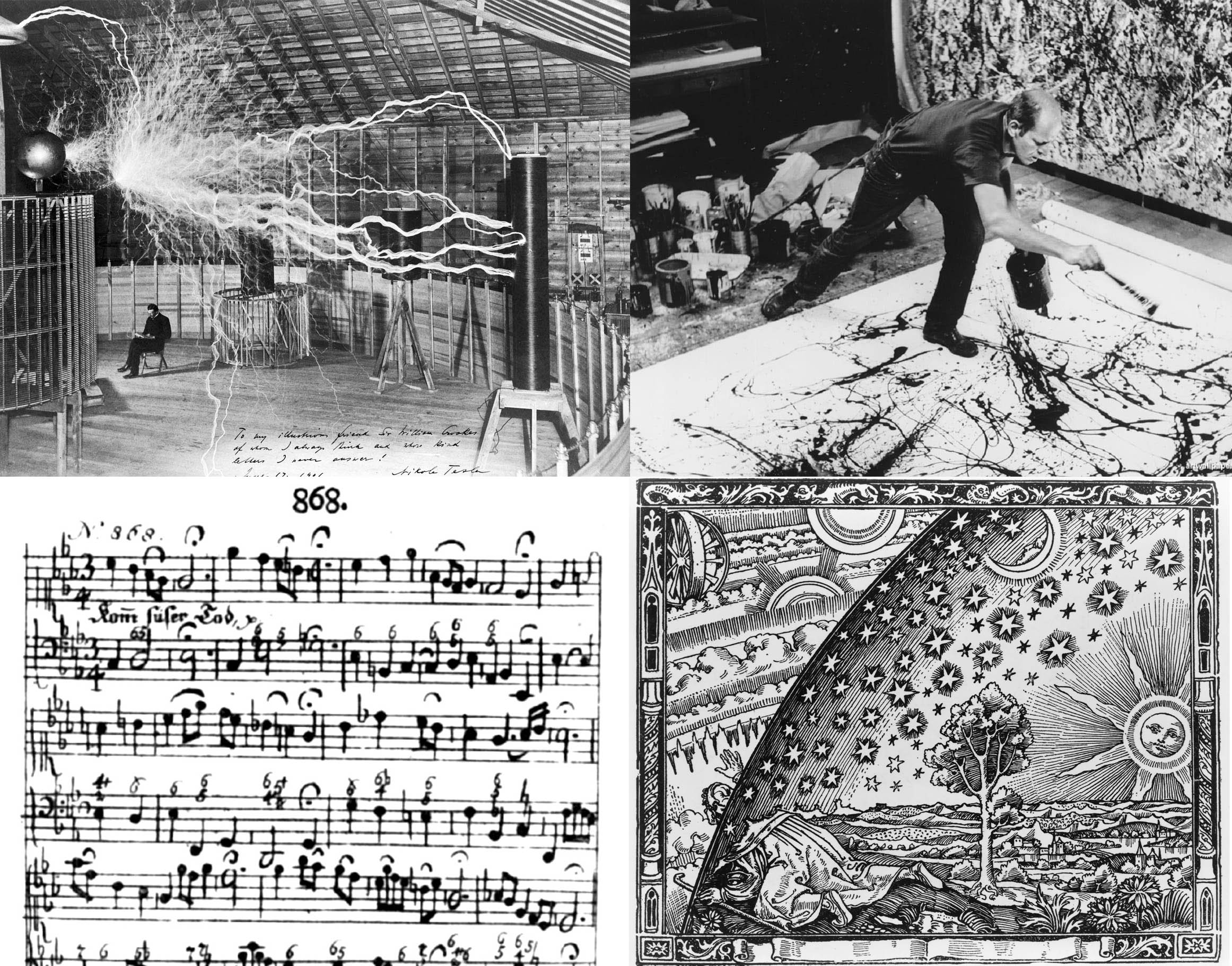 (This post is dedicated to that janitor who at the time did not warn me of what I was getting into. I don’t know his name, but he was infinitely more important to my education than the linguistics professor.)