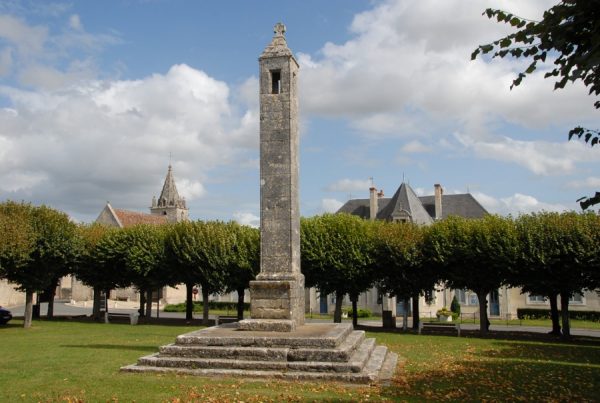 In several medieval cemeteries of west-central France stand some strange masonry buildings, of varying height, resembling small towers. The inside, bare and hollow, was sufficiently large for a man to climb to the top of the structure and light a lantern there, at sundawn.
But what purpose did these bizarre lighthouses serve? Why signal the presence of a graveyard to wayfarers in the middle of the night?

The “lanterns of the dead”, built between the XII and XIII Century, represent a still not fully explained historical enigma. 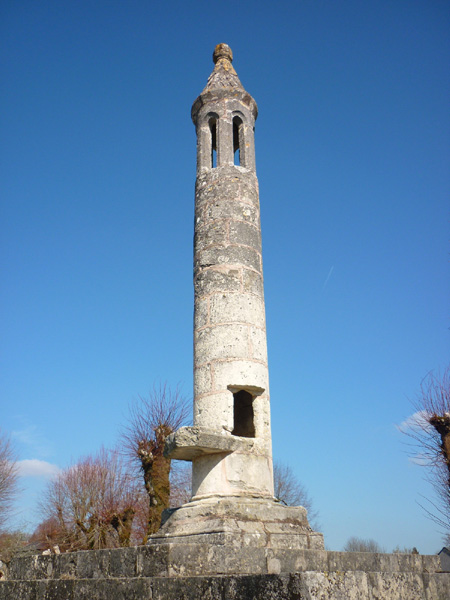 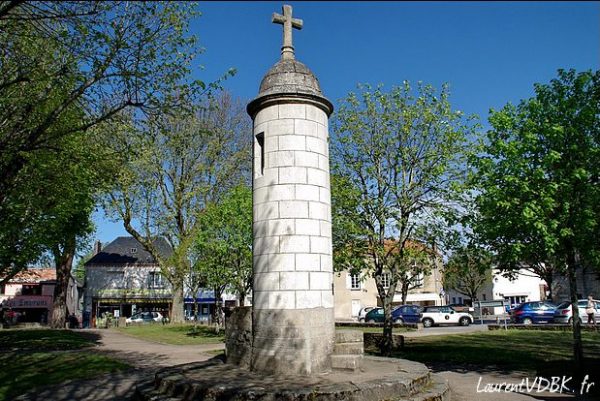 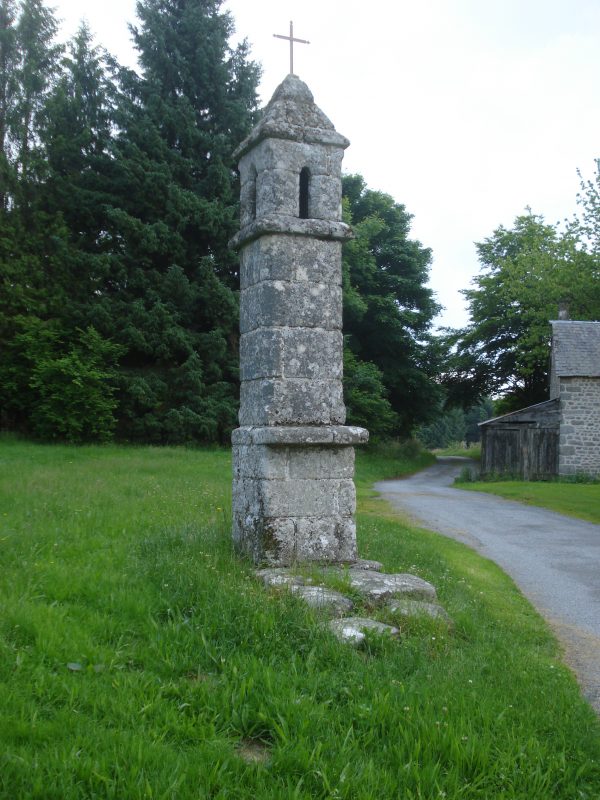 Part of the problem comes from the fact that in medieval literature there seems to be no allusion to these lamps: the only coeval source is a passage in the De miraculis by Peter the Venerable (1092-1156). In one of his accounts of miraculous events, the famous abbot of Cluny mentions the Charlieu lantern, which he had certainly seen during his voyages in Aquitaine:

There is, at the center of the cemetery, a stone structure, on top of which is a place that can house a lamp, its light brightening this sacred place every night  as a sign of respect for the the faithful who are resting here. There also are some small steps leading to a platform which can be sufficient for two or three men, standing or seated.

This bare description is the only one dating back to the XII Century, the exact period when most of these lanterns are supposed to have been built. This passage doesn’t seem to say much in itself, at least at first sight; but we will return to it, and to the surprises it hides.
As one might expect, given the literary silence surrounding these buildings, a whole array of implausible conjectures have been proposed, multiplying the alleged “mysteries” rather than explaining them — everything from studies of the towers’ geographical disposition, supposed to reveal hidden, exoteric geometries, to the decyphering of numerological correlations, for instance between the 11 pillars on Fenioux lantern’s shaft and the 13 small columns on its pinnacle… and so on. (Incidentally, these full gallop speculations call to mind the classic escalation brilliantly exemplified by Mariano Tomatis in his short documentary A neglected shadow). 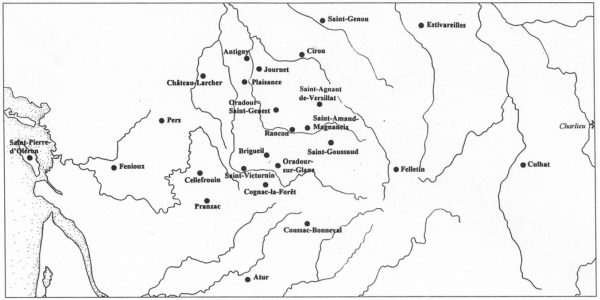 A more serious debate among historians, beginning in the second half of XIX Century, was intially dominated by two theories, both of which appear fragile to a more modern analysis: on one hand the idea that these towers had a celtic origin (proposed by Viollet-Le-Duc who tried to link them back to menhirs) and, on the other, the hypothesis of an oriental influence on the buildings. But historians have already discarded the thesis that a memory of the minarets or of the torch allegedly burning on Saladin‘s grave, seen during the Crusades, might have anything to do with the lanterns of the dead.

Without resorting to exotic or esoteric readings, is it then possible to interpret the lanterns’ meaning and purpose by placing them in the medieval culture of which they are an expression?
To this end, historian Cécile Treffort has analysed the polysemy of the light in the Christian tradition, and its correlations with Candlemas — or Easter — candles, and with the lantern (Les lanternes des morts: une lumière protectrice?, Cahiers de recherches médiévales, n.8, 2001).

Since the very first verses of Genesis, the divine light (lux divina) counterposes darkness, and it is presented as a symbol of wisdom leading to God: believers must shun obscurity and follow the light of the Lord which, not by chance, is awaiting them even beyond death, in a bright afterworld permeated by lux perpetua, a heavenly kingdom where prophecies claim the sun will never set. Even Christ, furthermore, affirms “I am the light of the world. Whoever follows me will never walk in darkness, but will have the light of life” (Jn 8:12).
The absence of light, on the contrary, ratifies the dominion of demons, temptations, evil spirits — it is the kingdom of the one who once carried the flame, but was discharged (Lucifer).

In the Middle Ages, tales of demonic apparitions and dangerous revenants taking place inside cemeteries were quite widespread, and probably the act of lighting a lantern had first and foremost the function of protecting the place from the clutches of infernal beings. 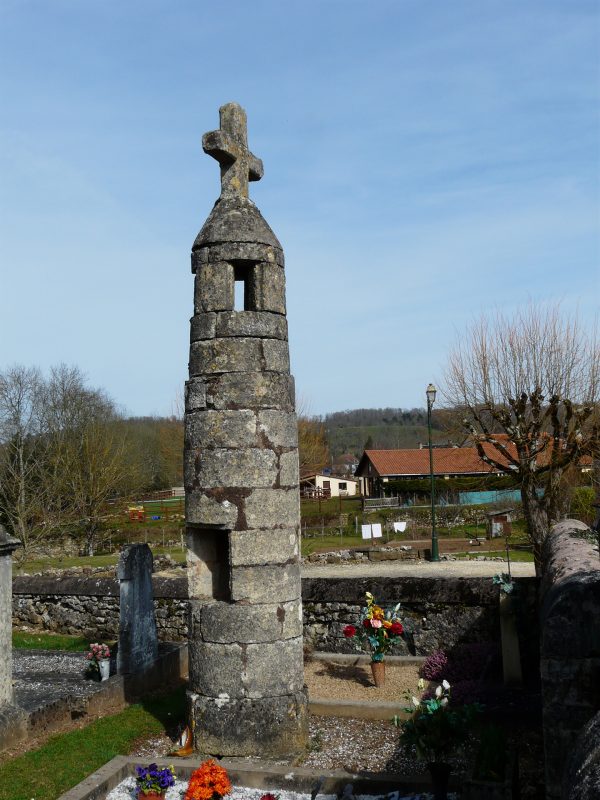 But the lantern symbology is not limited to its apotropaic function, because it also refers to the Parable of the Ten Virgins found in Matthew’s gospel: here, to keep the flame burning while waiting for the bridegroom is a metaphor for being vigilant and ready for the Redeemer’s arrival. At the time of his coming, we shall see who maintained their lamps lit — and their souls pure — and who foolishly let them go out.

The Benedictine rule prescribed that a candle had to be kept always lit in the convent’s dorms, because the “sons of light” needed to stay clear of darkness even on a bodily level.
If we keep in mind that the word cemetery etymologically means “dormitory”, lighting up a lantern inside a graveyard might have fulfilled several purposes. It was meant to bring light in the intermediary place par excellence, situated between the church and the secular land, between liturgy and temptation, between life and death, a permeable boundary through which souls could still come back or be lost to demons; it was believed to protect the dead, both physically and spiritually; and, furthermore, to symbolically depict the escatological expectation, the constant watch for the Redeemer. 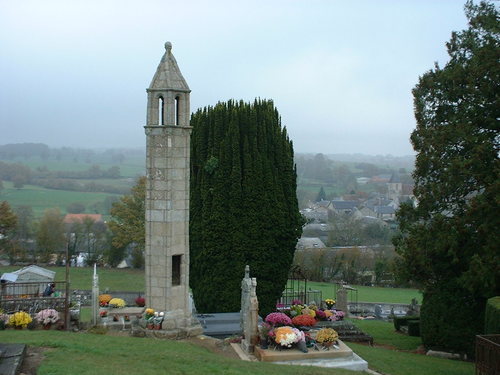 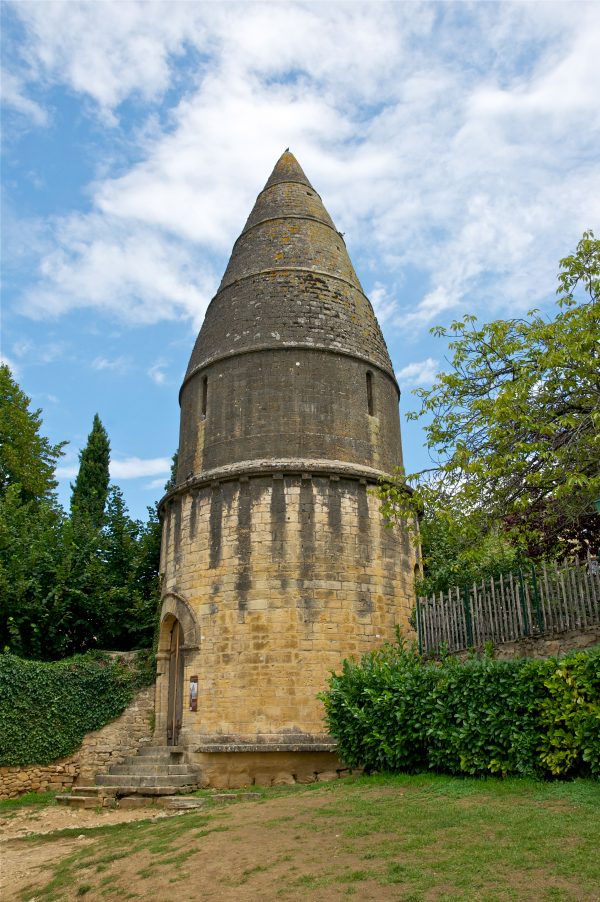 One last question is left, to which the answer can be quite surprising.
The theological meaning of the lanterns of the dead, as we have seen, is rich and multi-faceted. Why then did Peter the Venerable only mention them so briefly and in an almost disinterested way?

This problem opens a window on a little known aspect of ecclesiastical history: the graveyard as a political battleground.
Starting from the X Century, the Church began to “appropriate” burial grounds ever more jealously, laying claim to their management. This movement (anticipating and preparing for the introduction of Purgatory, of which I have written in my De Profundis) had the effect of making the ecclesiastical authority an undisputed judge of memory — deciding who had, or had not, the right to be buried under the aegis of the Holy Church. Excommunication, which already was a terrible weapon against heretics who were still alive, gained the power of cursing them even after their death. And we should not forget that the cemetery, besides this political control, also offered a juridical refuge as a place of inviolable asylum.

Peter the Venerable found himself in the middle of a schism, initiated by Antipope Anacletus, and his voyages in Aquitaine had the purpose of trying to solve the difficult relationship with insurgent Benedictine monasteries. The lanterns of the dead were used in this very region of France, and upon seeing them Peter must have been fascinated by their symbolic depth. But they posed a problem: they could be seen as an alternative to the cemetery consecration, a practice the Cluny Abbey was promoting in those years to create an inviolable space under the exclusive administration of the Church.
Therefore, in his tale, he decided to place the lantern tower in Charlieu — a priorate loyal to his Abbey — without even remotely suggesting that the authorship of the building’s concept actually came from the rival Aquitaine. 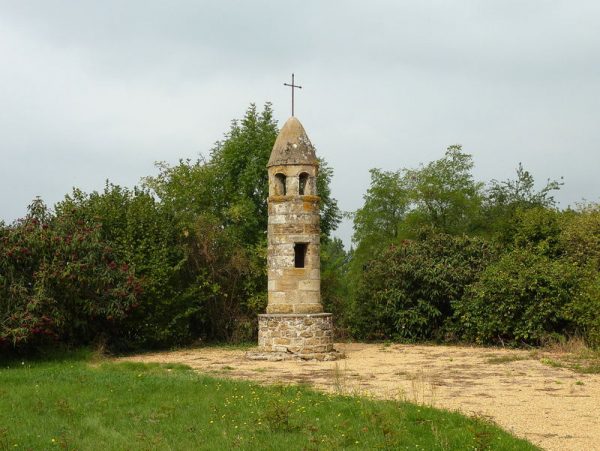 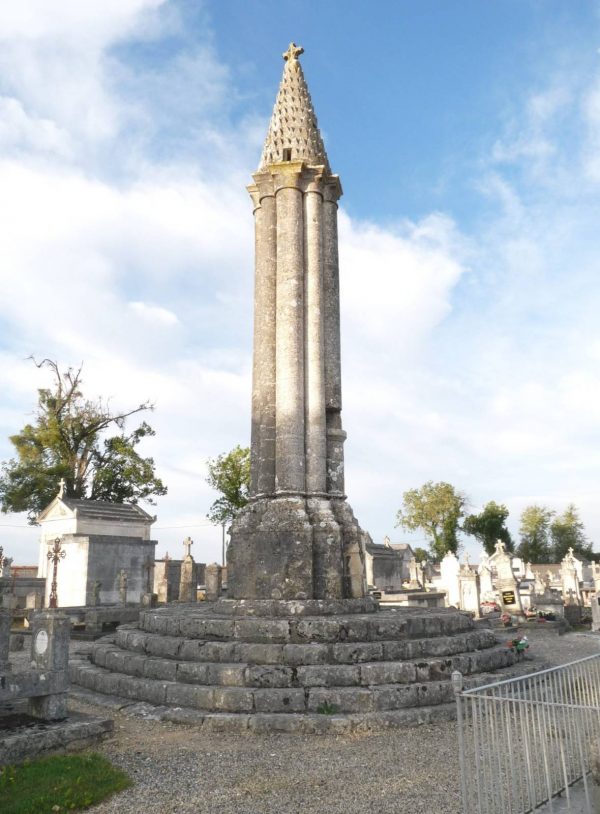 This copyright war, long before the term was invented, reminds us that the cemetery, far from being a simple burial ground, was indeed a politically strategic liminal territory. Because holding the symbolic dominion over death and the afterworld historically proved to be often more relevant than any temporal power.

Although these quarrels have long been returned to dust, many towers still exist in French cemeteries. Upright against the tombs and the horizontal remains waiting to be roused from sleep, devoid of their lanterns for centuries now, they stand as silent witnesses of a time when the flame from a lamp could offer protection and hope both to the dead and the living.