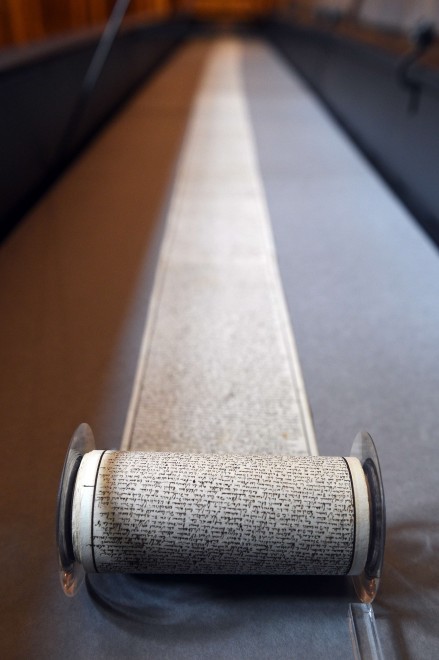 After thirty years of legal battles, the manuscript of the 120 Days of Sodom of the Marquis de Sade has returned to France. It is a roll of sheets of paper glued one to the other, like an ancient sacred (or, better, sacrilegious…) book, 12 meters long and 11.5 centimeters wide, written in microscopic calligraphy on the front and back. A colossal work, very long, composed in secret by the Divine Marquis while he was a prisoner in the Bastille. And during the assault on the prison, on that famous July 14, 1789, the manuscript disappeared in the turmoil. Sade died convinced that the work he considered his masterpiece had been lost forever. The manuscript, however, has traveled through Europe amidst incredible vicissitudes (well summarized in this article), until the news a few days ago of its purchase for 7 million euros by a private collection and its probable inclusion in the Bibliothèque Nationale. This means that the book – and consequently its author – will soon be declared national heritage. 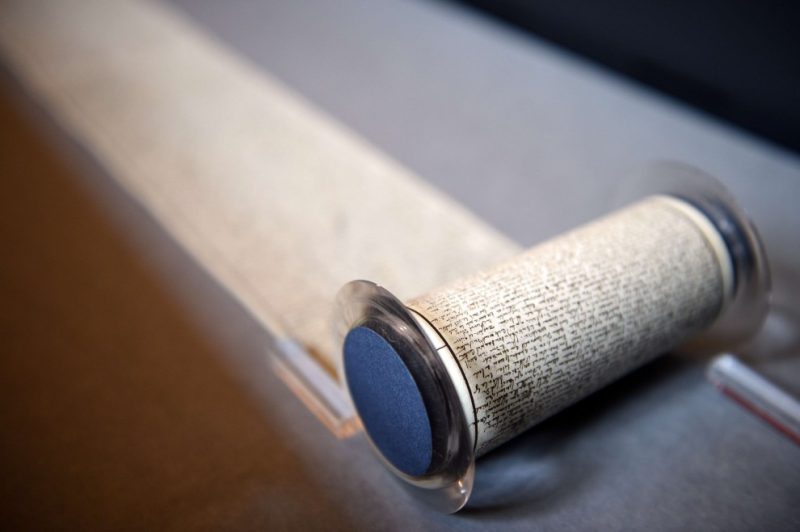 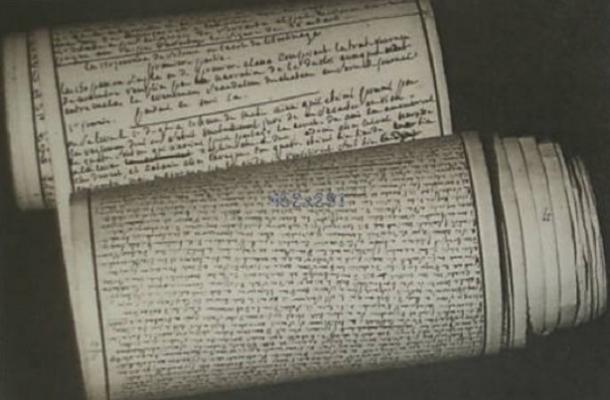 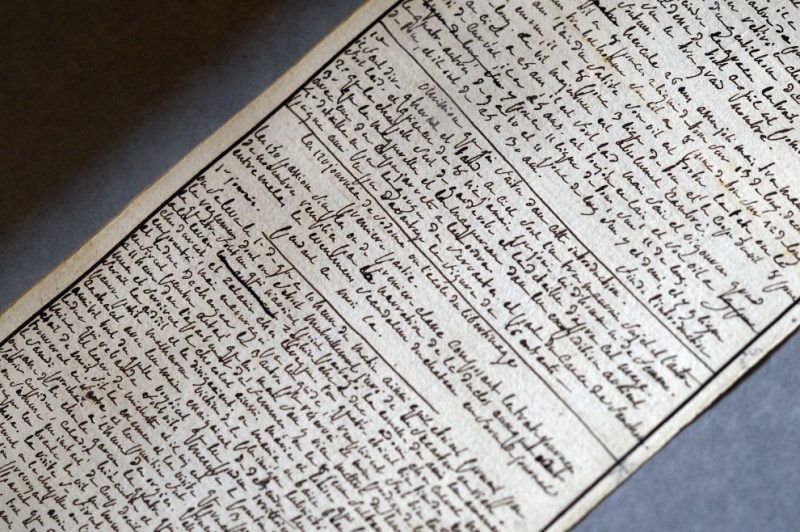 This recognition comes on the 200th anniversary of the author’s death: it took so long for the world to fully realize the value of his work. Sade paid for his artistic research with prison and posthumous infamy, and for this reason he is the most interesting case of collective removal in the history of literature. Western society has not been able to tolerate his writings and, above all, their philosophical implications for two centuries. Why? What do his pages contain that is so scandalous?

The problem of evil crosses centuries and centuries of Christian philosophy and theology (in the concept of theodicy). If God exists, how can he allow evil to exist? To what end? Why did he not want to create a world free of temptations and simply good?

According to the Enlightenment, God does not exist. Only Nature exists. But good and evil are nevertheless clearly defined, and for man to tend to the good is natural. Sade, on the other hand, goes a step further. Let us look, he suggests, at what is happening in the world. The wicked, the violent, the cruel, have a more prosperous life than virtuous people. They indulge in vice, in pleasures, at the expense of the weak and virtuous people. This means that Nature is on their side, that indeed finds benefit from their behavior, otherwise it would punish their actions. Therefore, Nature is evil, and doing evil means to agree to her will – that is, actually doing something right. Man, according to Sade, tends to good only by habit, by education; but his soul is black and turbid, and outside the rules imposed by society man will always try to satisfy his pleasures, treating his fellow men as objects, humiliating them, subduing them, torturing them, destroying them. 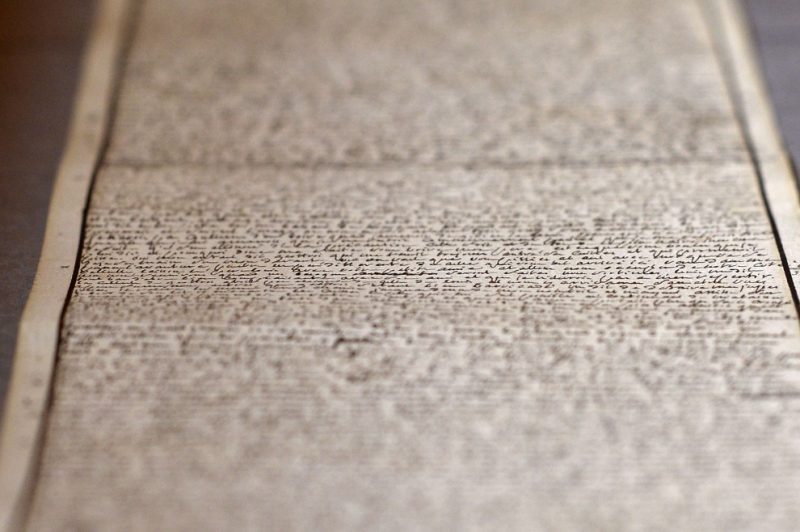 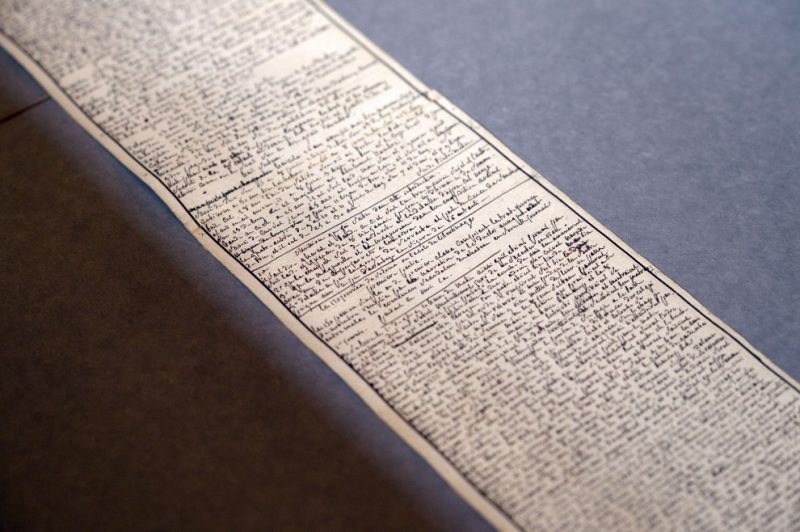 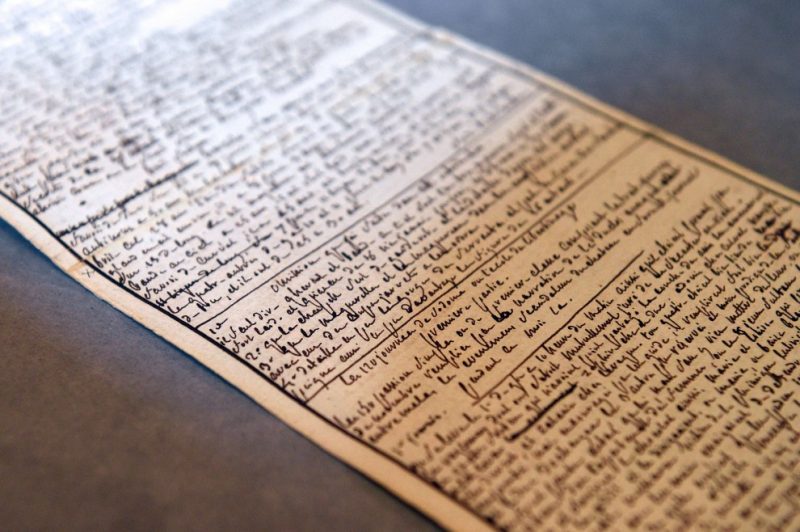 Sade’s research has been compared to that of a mystic; but where the mystic goes towards the light, Sade, on the contrary, seeks the darkness. No one before or after him has ever dared to descend so deeply into the dark side of man, and paradoxically he succeeds in doing so by pushing rationalist thought to its extreme consequences. Goya’s famous painting comes to mind, The sleep of reason generates monstersreading Sade, one has the distinct impression that it is reason itself that creates them, if taken to excess, to the point of questioning moral values.

Here then is the last resort: not only not to condemn evil anymore, but even to promote it and assume it as the ultimate goal of human existence. Obviously, we must remember that Sade spent most of his life in prison for these very ideas; thus, as the years passed, he became increasingly bitter, furious and full of hatred towards the society that had condemned him. It is not surprising that his writings composed in captivity are the most sulphurous, the most extreme, in which Sade seems to take pleasure in destroying and unhinging any moral code. The result is, as we said, a total inversion of values: charity and piety are wrong, virtue brings misfortune, murder is the supreme good, every perversion and human violence is not only excused but proposed as an ideal model of behavior. But did he really believe this? Was he serious? We will never know for sure, and that is what makes him an enigma. All we can say for sure is that there is almost no trace of humor in his writings. 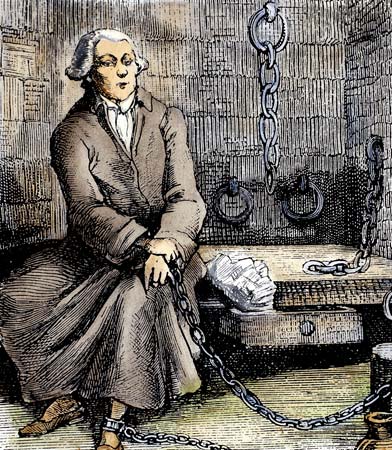 His personality was flamboyant and never tame, perpetually restless and tormented. Impulsive, sexually hyperactive, even his writing was feverish and unrestrained. In The 120 Days of Sodom, Sade proposes to decline all possible human perversions, all the violence, cataloging them with maniacal precision: an encyclopedic novel, colossal even in size, compiled on the sly because at one point the authorities forbade him pen, paper and inkwell. Sade came to write it with a piece of wood using makeshift inks, and sometimes even with his own blood, in order not to interrupt the flow of thoughts and words that flowed from him like a river in flood. For such a character, there were no half measures.

His work is against everything and everyone, with a nihilism so desperate and terminal that no one has ever had the courage to replicate it. It is our black mirror, the abyss we fear so much: reading him means confronting absolute evil, his work continually challenges any of our certainties. Bataille wrote: “The essence of his works is destruction: not only the destruction of the objects, of the victims staged […] but also of the author and his own work.” His prose, we said, is neither elegant nor pleasant; but do you really believe that, given the premises, Sade was interested in being refined? His work is not meant to be beautiful, quite the contrary. Beauty does not belong to him, it disgusts him, and the more revolting his pages are, the more effective they are. What interests him is to show us the rotten, the obscene.

I ignore the art of painting without colors; when vice is within reach of my brush, I draw it with all its hues, all the better if they are revolting. (Aline and Vancour, 1795)

It is understandable, then, why, in his own way, Sade is absolutely unique in the entire history of literature. We need him too, we need his cruelty, he is our dark twin, the repressed and the denied coming back to haunt us. We can be scandalized by his positions, or rather, we must be scandalized: this is what the Divine Marquis would want, after all. What true artists have always done is to propose dilemmas, doubts, crises. And Sade is a dilemma from beginning to end, one that has displaced even scholars for a long time. Bataille compared Sade’s work to a rocky desert, beautifully summarizing the sense of bewilderment he makes us feel:

It is true that his books differ from what is habitually considered literature as an expanse of deserted rocks, devoid of surprises, colorless, differing from the pleasant landscapes, streams, lakes, and fields we delight in. But when will we be able to say that we have succeeded in measuring the full size of that rocky expanse? […] The monstrosity of Sade’s work bores, but this boredom itself is its meaning. (Literature and Evil, 1957)

At the beginning of the twentieth century Sade was finally recognized as a monumental figure in his own way, and his rediscovery (by Apollinaire, and then by the Surrealists) dominated the entire twentieth century and continues to be unavoidable today. The purchase of the manuscript becomes symbolic: after two centuries of obscurantism, Sade returns triumphantly to France, with all the honors and laurels of the case. But it will be very difficult, perhaps impossible, for a text such as The 120 Days to be metabolized in the same way that our society manages to incorporate and render inoffensive taboos and countercultures – it really is too indigestible a morsel. A cry of revolt against the whole universe, able to resist time and its ruins: a black diamond that continues to spread its dark light. 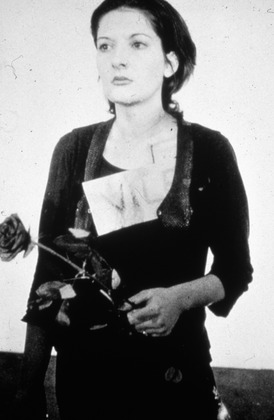 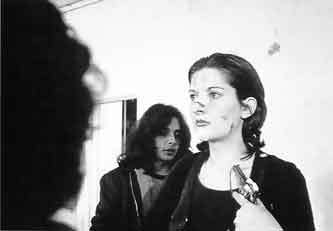 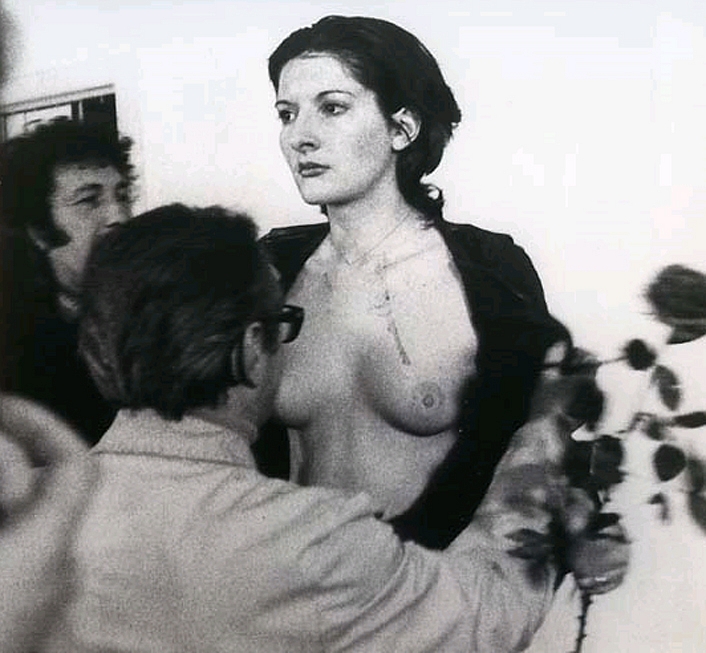 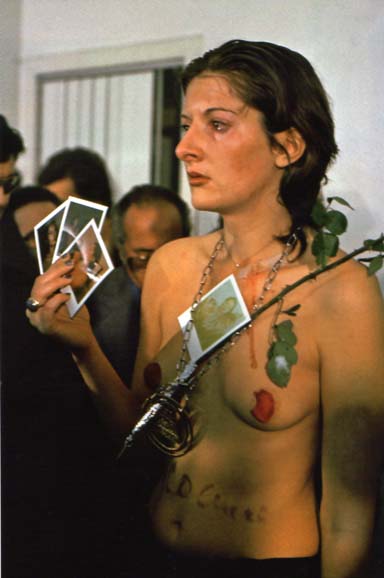 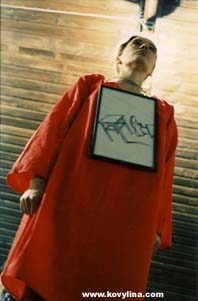 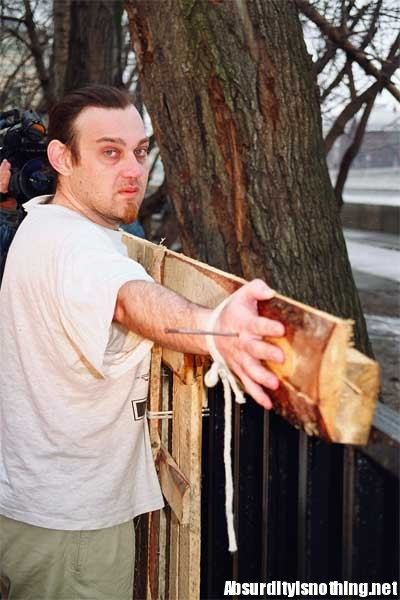 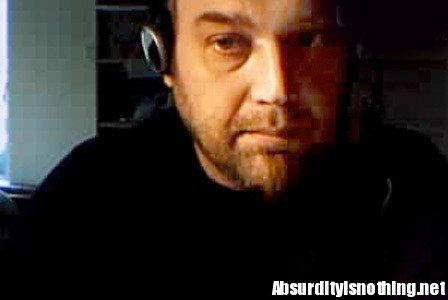 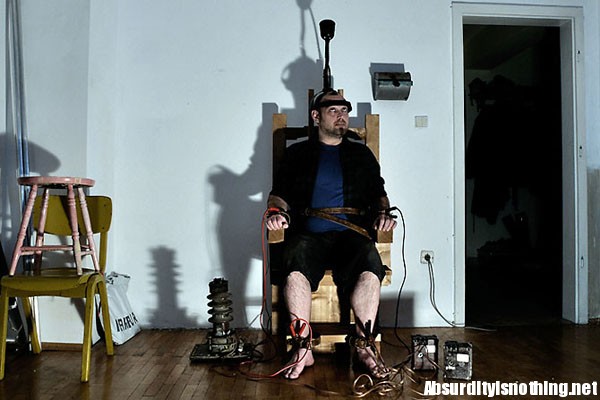 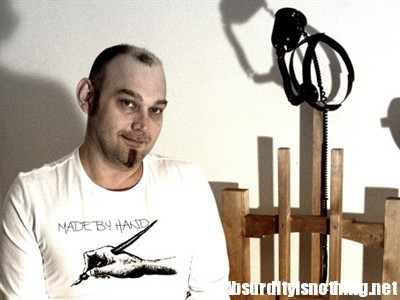