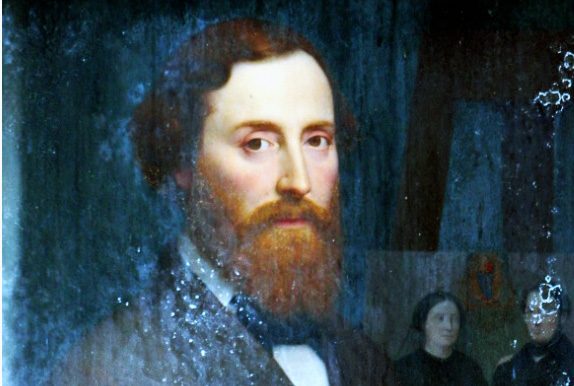 It is said that there is nothing more flattering for artists than to see their works stolen from the museum in which they are exhibited. If someone is willing to risk jail for a painting, it is ultimately a tribute — however questionable — to the painter’s skills, and an index of high market value.

Yet there is an artist who, if he were alive today, would certainly not appreciate the fact that thieves have stolen almost a hundred his portraits. Because in his case the works in question weren’t displayed in the halls of a museum, but among the rows of gravestones of a cemetery, and there they should have remained so that everyone could see them. 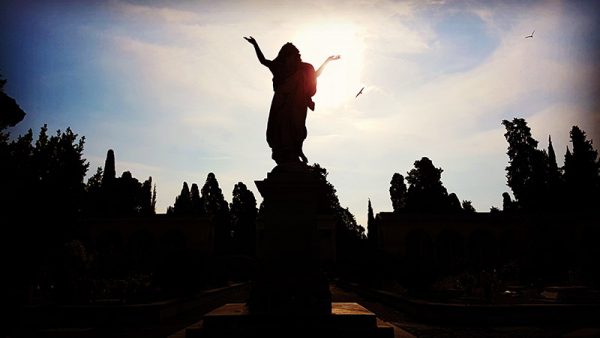 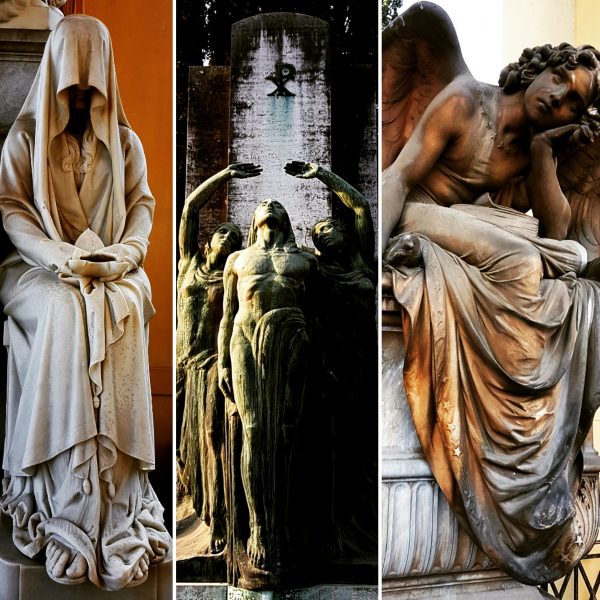 The monumental cemetery of Campo Verano in Rome, with its 83 hectares of surface, strikes the viewer for the sumptuousness of some chapels, and appears as a rather surreal place. Pharaonic mausoleums, exquisitely crafted statues, buildings as big as houses. This is not a simple cemetery, it resembles a metaphysical city; it just shows to what extent men are willing to go in order to keep the memory of their loved ones alive (as well as the hope, or illusion, that death might not be definitive).

Scrolling through the gravestones, along with some weather-worn photos, some particularly refined portraits catch the eye.
These are the peculiar lava paintings by Filippo Severati. 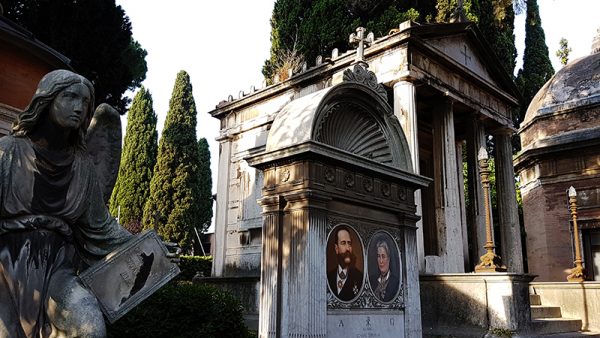 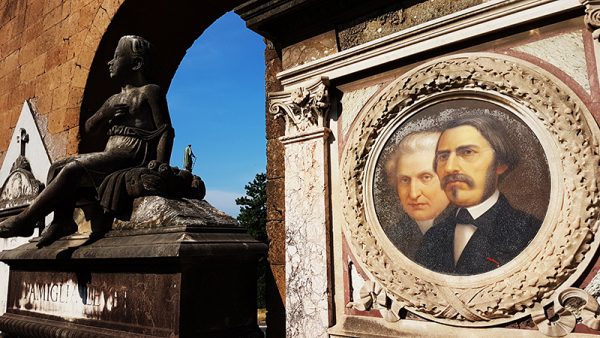 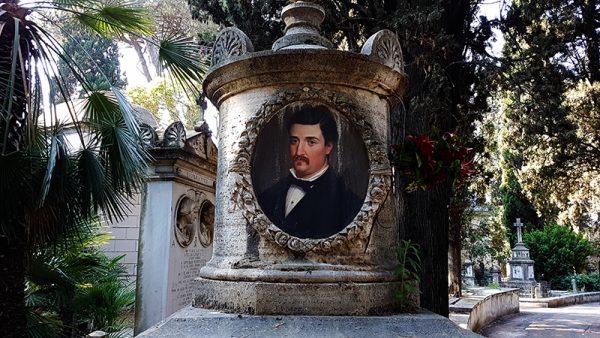 Born in Rome on April 4, 1819, Filippo followed in the footsteps of his father who was a painter, and from the early age of 6 he began to dedicate himself to miniatures, making it his actual job from 11 years onwards. Meanwhile, having enrolled at the Accademia di S. Luca, he won numerous awards and earned several merit mentions; under the aegis of Tommaso Minardi he produced engravings and drawings, and over the years he specialized in portraiture.

It was around 1850 that Severati began using enamel on a lava or porcelain base. This technique was already known for its property of making the colors almost completely unalterable and for the durability of completed works, due to the numerous cooking phases. 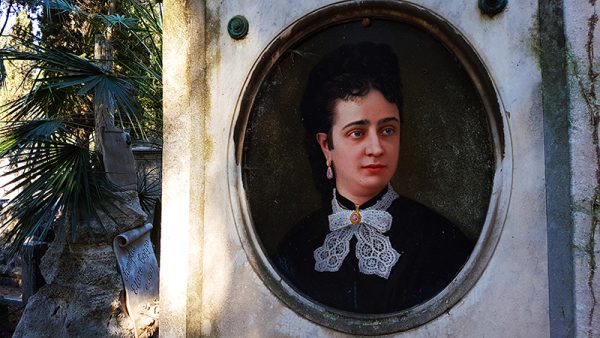 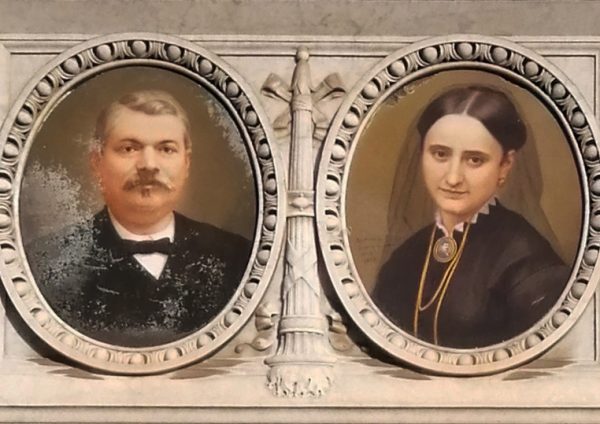 In 1859 he patented his fire painting on enamelled lava procedure, which was renewed and improved over previous techniques (you can find a detailed description of the process in this article in Italian); in 1873 he won the medal of progress at the Vienna Exhibition.

1863 was the the turning point, as Severati painted a self-portrait for his own family tomb: he can still be admired posing, palette in hand, while next to him stands a portrait of his parents placed on an easel — a true picture inside the picture. 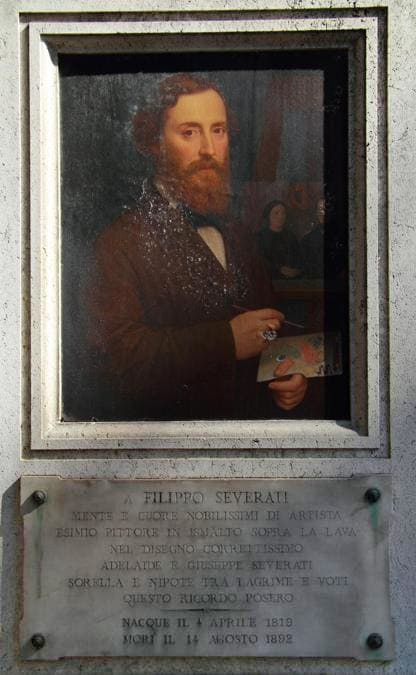 After that first tomb painting, funeral portraits soon became his only occupation. Thanks to the refinement of his technique, the clipei (effigies of the deceased) made by Severati were able to last a long time keeping intact the brilliance and liveliness of the backgrounds. 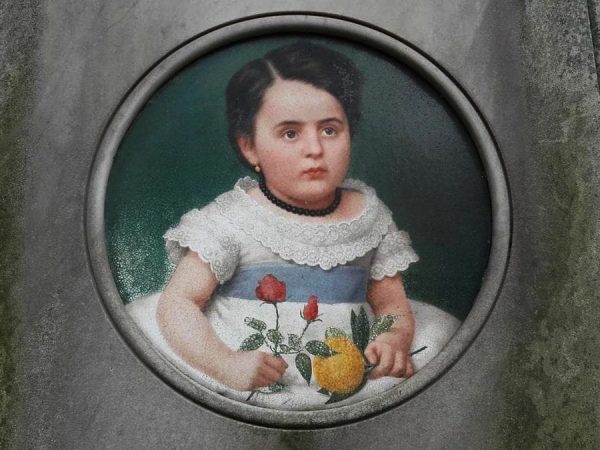 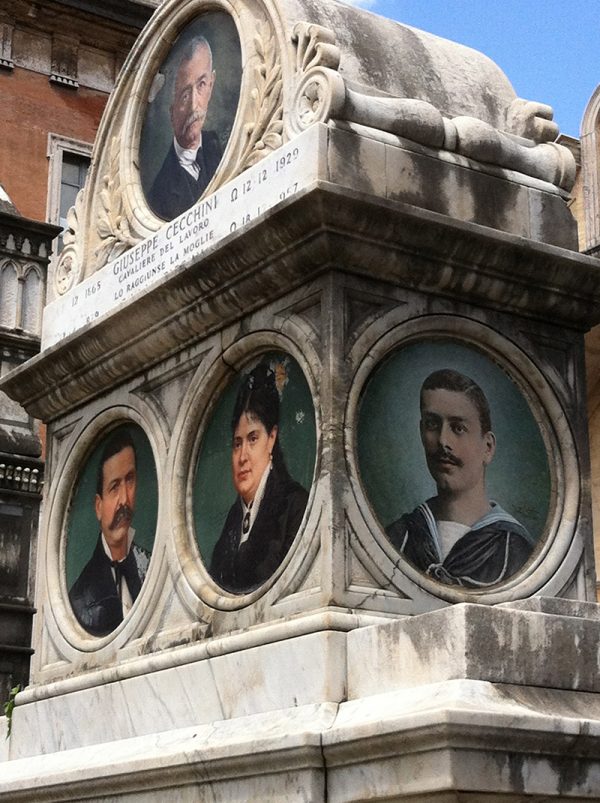 This was the real novelty introduced by Severati: he was able to “reproduce in the open air the typology and formal characteristics of the nineteenth-century portrait intended for the interiors of bourgeois houses” <fn> M. Cardinals – M.B. De Ruggieri – C. Falcucci, “Among the most useful and wonderful discoveries of this century…”. The paintings of F. S. al Verano, in Percorsi della memoria. Il Quadriportico del Verano, a cura di L. Cardilli – N. Cardano, Roma 1998, pp. 165-170. Quoted in Treccani. </fn>. Instead of hanging it at home, the family could place a portrait of the deceased directly on the tombstone, even if in small format. And some of these clipei are still striking for their vitality and the touching rendering of the features of the deceased, immortalized by the lava painting process. 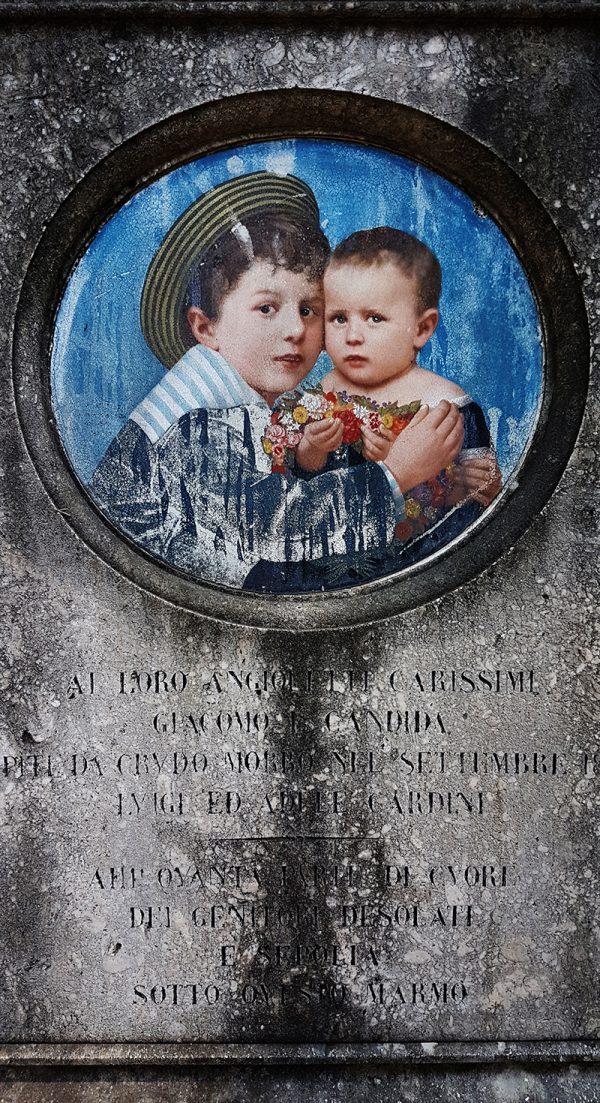 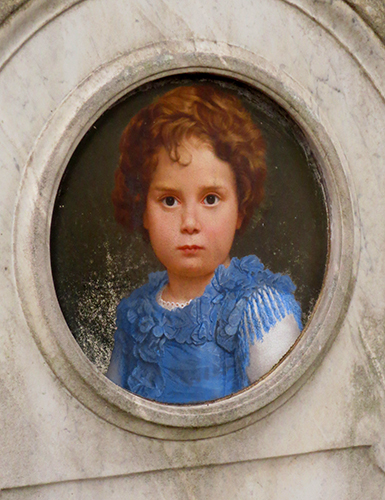 Severati died in 1892. Forgotten for almost a century, it was rediscovered by photographer Claudio Pisani, who in 1983 published in the Italian magazine Frigidaire an article of praise accompanied by several photos he had taken at Campo Verano. 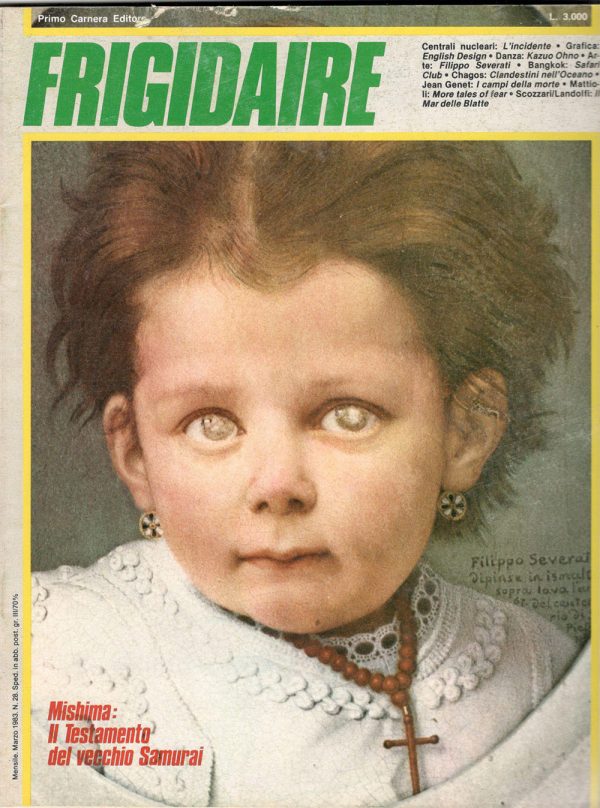 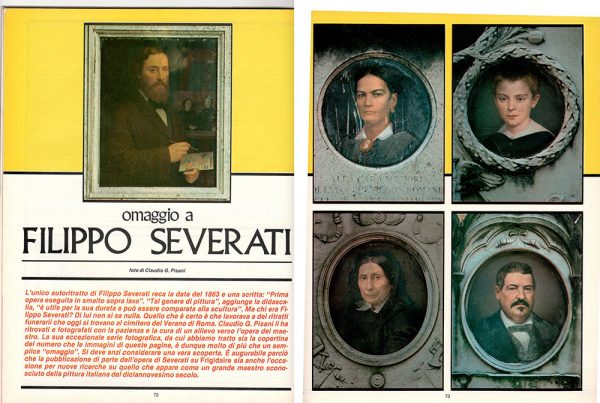 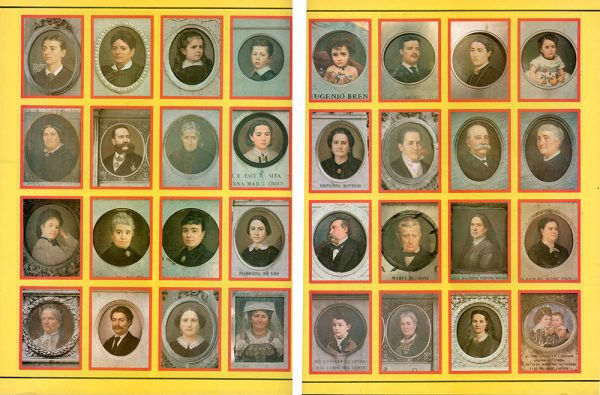 Today Filippo Severati remains a relatively obscure figure, but among the experts his talent as a painter is well recognized; so much so that the thieves mentioned at the beginning vandalized many graves by removing about ninety of his portraits from the tombstones of the Roman cemetery. 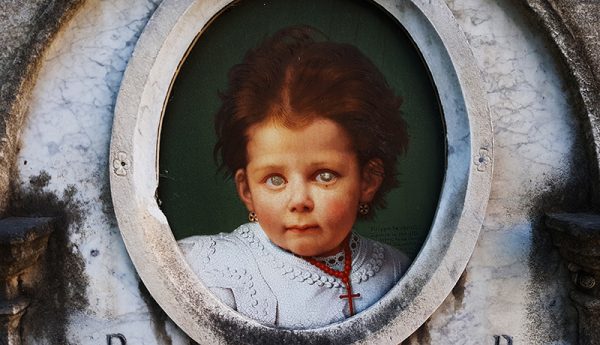 (I would like to thank Nicola for scanning the magazine. Some photos in the article are mine, others were found online.)