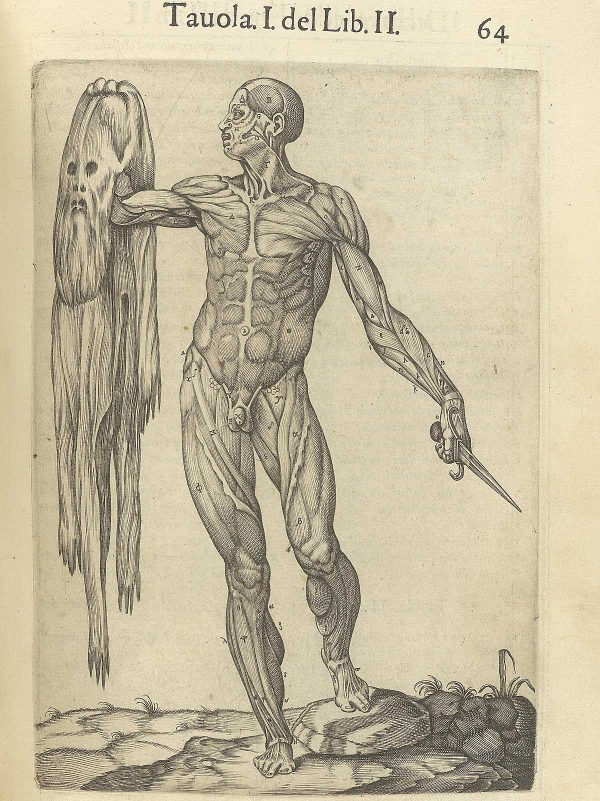 This image is perhaps my favorite anatomical plate ever, from Valverde‘s Historia de la composicion del cuerpo humano, 1556. From a philological point of view it is one of those images that demonstrate how sacred iconography influenced anatomical illustration (the reference here is San Bartolomeo), but my love for this figure is motivated by another aspect.
Not only is it a refined, metaphysical, surreal, grotesque and disturbing plate, but above all it is philosophically programmatic. The man is holding the dagger in his hand, so he just skinned himself: this is an autopsy not only in the etymological sense of seeing for oneself, looking with one’s own eyes, but above all autopsy as seeing oneself.

The famous warning of the temple of Delphi, “Know Thyself”, involves an act of cruelty: every introspection implies stripping away from appearances (the superficial skin) and making a scorched earth of one’s own certainties. To look “inside” in a honest way you have to flay yourself, a process that is anything but pleasant.
The mosaic of San Gregorio in Rome, in the second image, bears the inscription gnōthi sautón, know thyself: and it is no coincidence that it represents another écorché ante litteram, this time used as a memento mori. 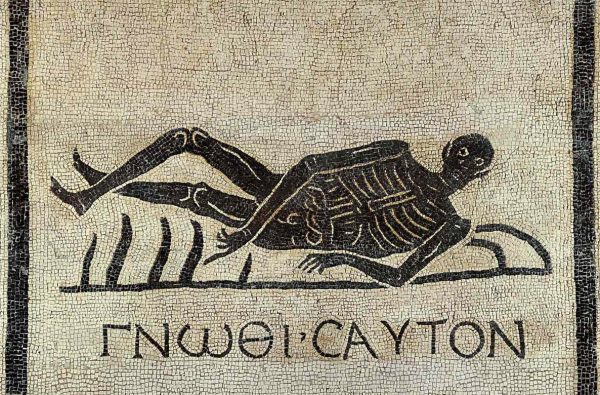 Knowing oneself means considering one’s own mortality, but each of us has to decide: is accepting impermanence the end of any quest, or just the beginning?