The French came up with a wonderful expression, l’esprit de l’escalier. It’s that sense of frustration when the right witty answer to someone’s question or criticism pops up in your mind when you have already left, and you’re heading down the stairs (escalier).
This summer a friend asked me the question I should have always been waiting for, and that ironically nobody – not even those who know me well – ever asked me: “Why are you so interested in death?“

I remember saying something vague about my fascination with funeral rites, about the relevance of death in art, about every culture being actually defined by its relationship with the afterlife… Yet in my mind I was surprised by the triviality and impersonality of my answers. Maybe the question was a bit naive, like asking an old sailor what he finds so beautiful about ocean waves. But then again her curiosity was totally legitimate: why taking interest in death in a time when it is normally denied and removed? And how could I, after all these years of studying and writing, addressing far more complex issues, have not anticipated and prepared for such a direct question?

Maybe it was in an effort to make up for the esprit de l’escalier which had caught me that day, that I decided to meet up with like-minded people, who happen to cultivate my same interests, to try and understand their motivations.
Now, there is only one place in the world where I could find, all together, the main academics, intellectuals and artists who have made death their main focus. So, I flew up to Philadelphia.

The Death Salon, for those who haven’t heard of it, is an event organized by the death-positive movement revolving around Caitlin Doughty, whom I’ve had the pleasure of interviewing not long ago. It consists of two days of meetings, conferences, music and games, all of which explore death – in its multiple artistic, cultural, social and philosophical facets.
This year Death Salon took place in an exceptional location, inside Philadelphia’s Mütter Museum, one of the best-known pathological anatomy museums in the world. 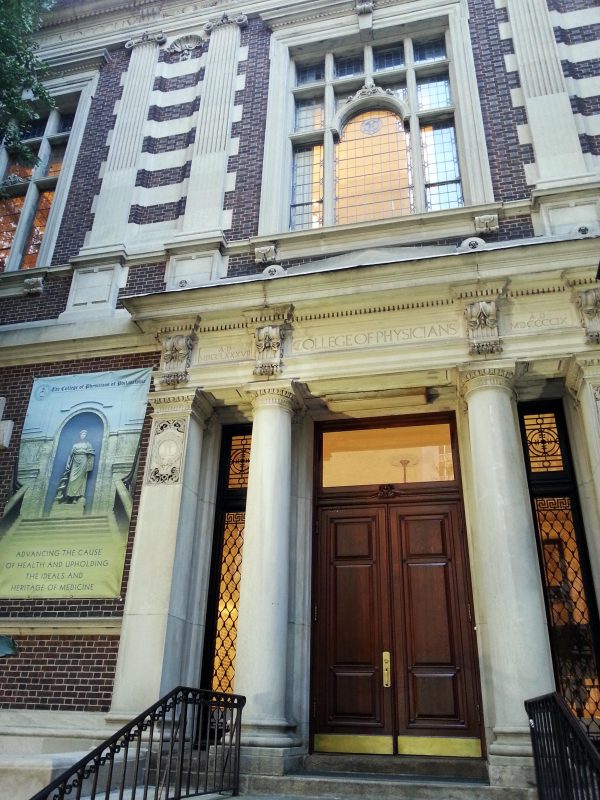 Besides the pleasure of finally meeting in person several “penfriends” and scholars I admire, I was interested in experiencing first-hand this new reality, to feel its vibes: I wanted to understand what kind of people could, in such a joyful and subversive way, define themselves as death aficionados, while trying to take this topic away from taboo through a more relaxed and open dialogue on everything death-related.

The variety of different Death Salon attendees impressed me from the start, and just like I expected every one of them had their own, very personal reasons to be there: there were writers researching ideas for their next novel, nurses who wanted to understand how they could better relate to the terminally ill, nice old ladies who worked as tour guides in nearby city museums, medical students, morticians, photographers and artists whose work for some reason included death, persons who were struggling to cope with a recent loss and who were hoping to find a more intimate comprehension for their suffering in that multicolored crowd.
The shared feeling was one of strange, subtle excitement: on a superficial level, it could almost seem like a gathering for “death nerds”, all enthusiastically chatting about grave robbers and adipocere in front of their coffee, just like others zealously discuss sports or politics. But that little sparkle in every participant’s eyes actually betrayed a more profound relief, one of being at last free to talk openly about their own fears, protected within a family which does not judge certain obsessions, feeling certain that even their most secret insecurity could be brought to light here.
We are all wounded, in the face of death, and it’s an ancient, ever open wound. The most memorable aspect of Death Salon is that the shame attached to such wound seemed to fade away, at least for the space of two days, and every pain or worry was channeled in a cathartic debate.

And in this context the various conferences, in their heterogeneity, little by little made it clear for me that there was not just one plain answer to the question that brought me there in the first place (“why are you so interested in death?”). Here is a summary of the works presented at Death Salon, and of the many concepts they suggested. 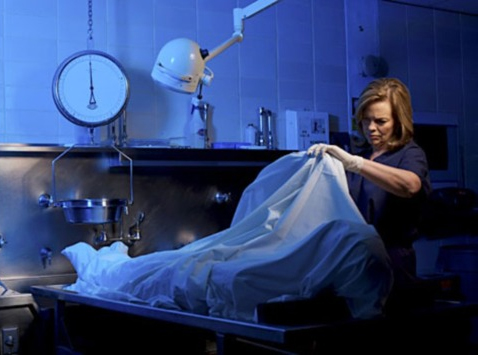 Death is damn interesting
Marianne Hamel is a forensic pathologist, and her report illuminated the differences between her real every-day job and its fictionalized version in movies and TV shows. To clarify the matter, she started off by declaring that she never performed an autopsy in the middle of the night under a single light bulb, nor she ever showed up at a crime scene wearing high heels; among the other debunked myths, “I can only guess the exact time of a victim’s death if they’ve been shot through their watch“. Some implications of her job, if they lack a Hollywood appeal, are actually incredibily important: to quote just one example, forensic pathologists have a clear idea of the state of public health before any other professional. They’re the first to know if a new drug is becoming trendy, or if certain dangerous behaviours are spreading through the population.
At Death Salon other peculiar topics were addressed, such as the difficulties in museum restoration of ancient Egyptian mummies (M. Gleeson), the correct way of “exploding” skulls to prepare them in the tradition of French anatomist Edmé François Chauvot de Beauchêne (R. M. Cohn), and the peptide mass fingerprinting method to assess whether a book is really bound in human skin (A. Dhody, D. Kirby, R. Hark, M. Rosenbloom). There were talks on illustrious dead and their ghosts (C. Dickey) and on Hart Island, a huge, tax-payed mass grave in the heart of New York City (B. Lovejoy). 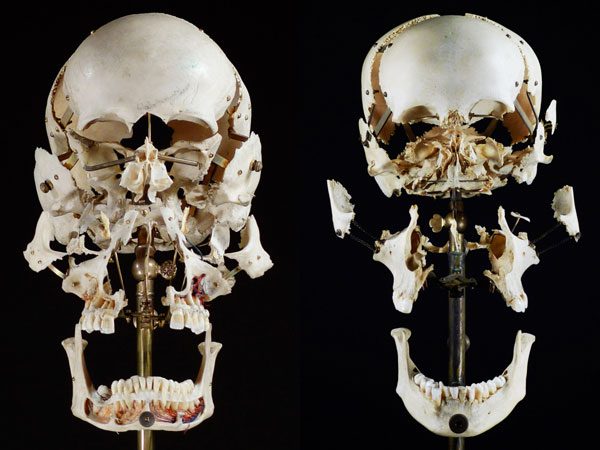 Death can be fun
A hilarious talk by Elizabeth Harper, author of the delightful blog All The Saints You Should Know, focused on those Saints whose bodies miraculously escaped decomposition, and on the intricate (and far from intuitive) beaurocratic procedures the Roman Catholic Church has established to recognize an “incorrupt” relic from a slightly less prodigious one. It is interesting how certain things we Italians take for granted, as we’ve seen them in every church since we were children, come out as pretty crazy in the eyes of many Americans…
Can we turn a cemetery into a place for the living? At Laurel Hill cemetery, in Philadelphia, recreational activities, film screenings, charity marathons and night shows take place, as reported by Alexis Jeffcoat and Emma Stern.
If all this wasn’t enough to understand that death and entertainment are not enemies, on the last evening the Death Salon organized at the bar National Mechanics, in a jovial pub atmosphere, a Death Quizzo – namely a game show where teams battled over their knowledge of the most curious details regarding death and corpses. 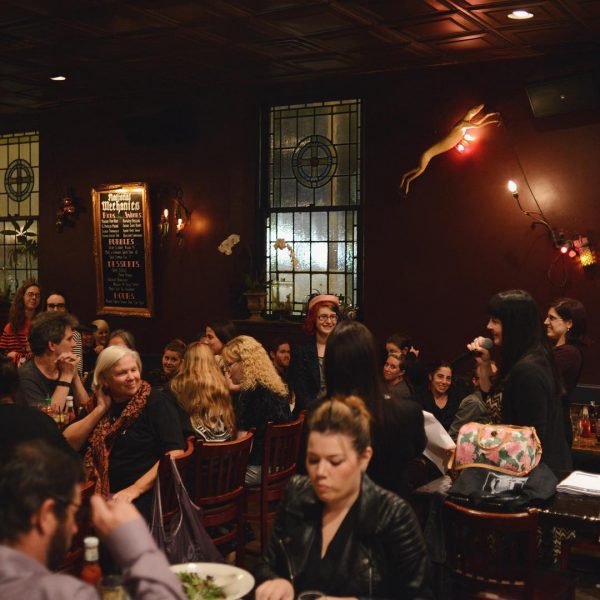 Death is a painful poem
Sarah Troop, executive director of The Order of The Good Death and museum curator, bravely shared with the public what is probably the most traumatic experience of all: the loss of a young child. The difficulty Sarah experienced in elaborating her grief pushed her to seek a more adequate mindset in her Mexican roots. Here, small dead children become angelitos, little angels which the relatives dress up in embroidered clothes and who, being pure souls, can act as a medium between Earth and Heaven. The consolation for a mother who lost her child is in finding, inside a tradition, a specific role, wich modern secularized society fails to supply. And if pain can never go away, it is somehow shared across a culture which admits its existence, and instills it with a deeper meaning. 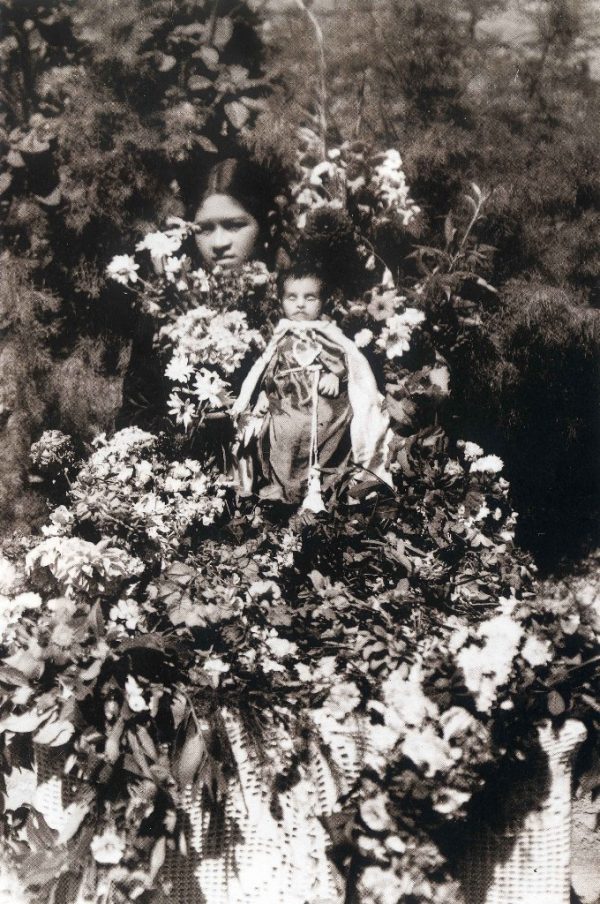 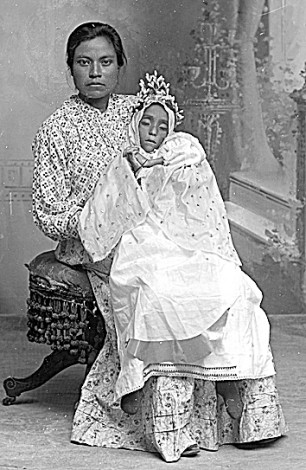 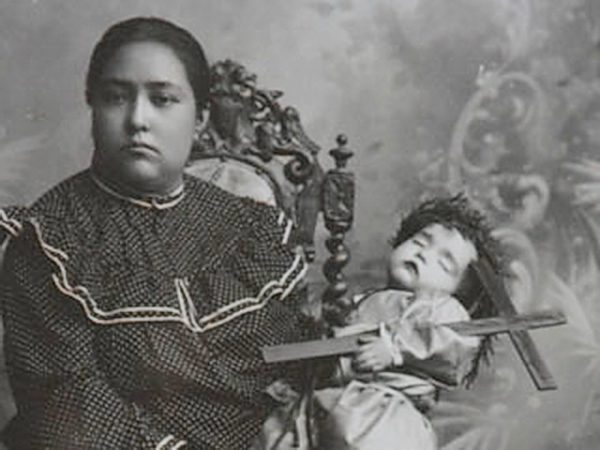 Death tells us some incredible stories
Evi Numen illustrated the post-mortem scandal of John Frankford, who was victim of one of many truculent incidents that were still happening some thirty years after the Pennsylvania Anatomy Act (1867), due to the chronical lack of cadavers to dissect in medical schools.
And, speaking of gruesome stories, no tradition beats murder ballads, imported from Europe as a sort of chanted crime news. At the Death Salon, after a historical introduction by Lavinia Jones Wright, a trio of great musicians went on to interpret some of the most relevant murder ballads.

Death is a dialogue
Dr. Paul Koudounaris, Death Salon’s real rockstar, explained the difference between cultures who set up a soft border in relation to their dead, as opposed to other cultures which build a hard boundary: in the majority of cultures, including our own until recent times, taking care of the corpses, even years after their death, is a way to maintain ancestors active within the social tissue. What Norman Bates did to his mother in Psycho, in Tana Toraja would be regarded as an example of filial devotion (I talked about it in this article). 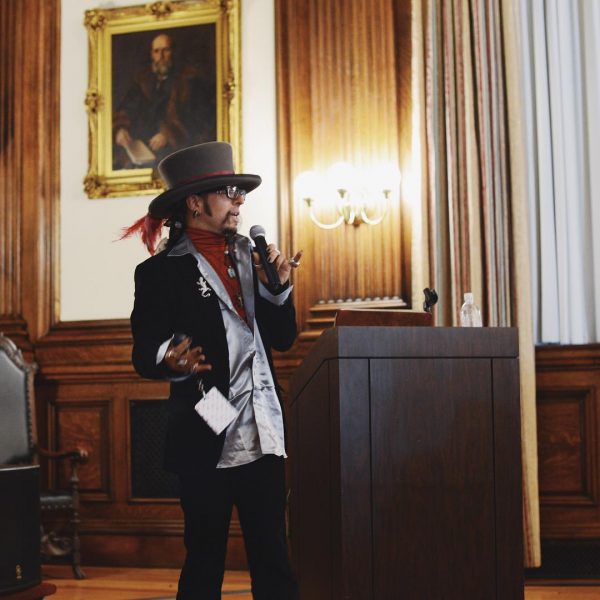 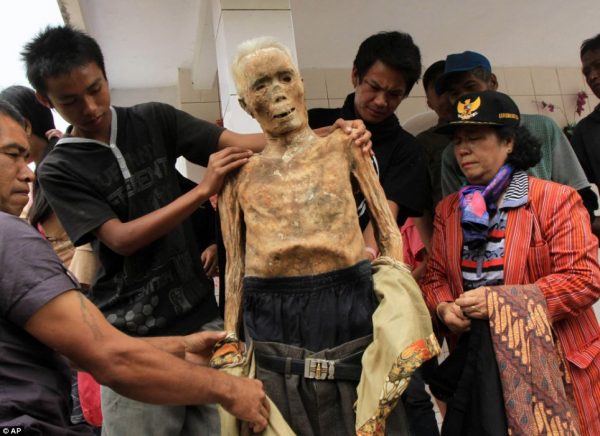 Robert Hicks, director of Mütter Museum, explored the implications of displaying human remains in museums today, wondering about the evolution of post mortem imagery and about the politics and ownership of the dead.
David Orr, artist and photographer, offered a review of symmetry in the arts, particularly in regard to the skull, a symbol that refers to our own identity. 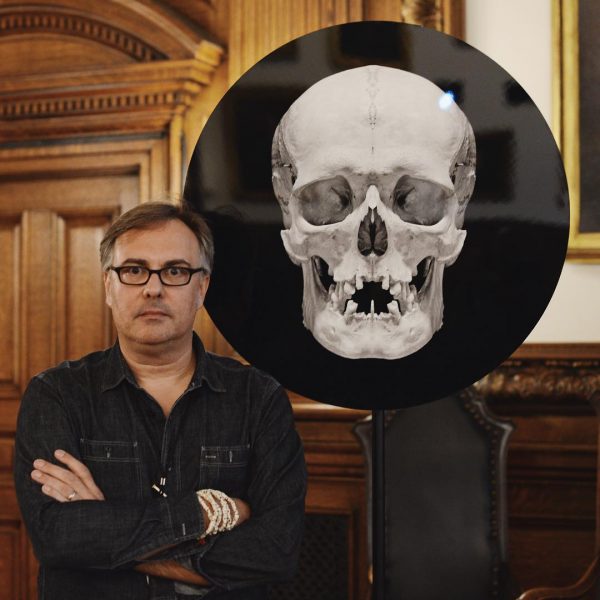 Death must be faced and domesticated
Finally, various facets of dying were exposed, often complex and contradictory.
Death defines who we are, affirmed Christine Colby as she told the story of Jennifer Gable, a transgender who during her whole life fought to assert her identity, only to be buried by her family as a man. Death changes along with society, unveiling new layers of complexity.
Dr. Erin Lockard, despite being a doctor herself, while assisting her dying mother had to face other doctors who, maybe as a defense strategy, denied the obvious, delaying the old woman’s agony with endless new therapies.
In closing, here is someone who decided to teach death at the university. Norma Bowe‘s “Death in perspective” class has a three-years waiting list, and offers a series of practical activities: the students take field trips to hospices, hospitals and funeral homes, attend an autopsy, create spaces for meditation and build their own approach to death without philosophical or religious filters, through first-hand experience. 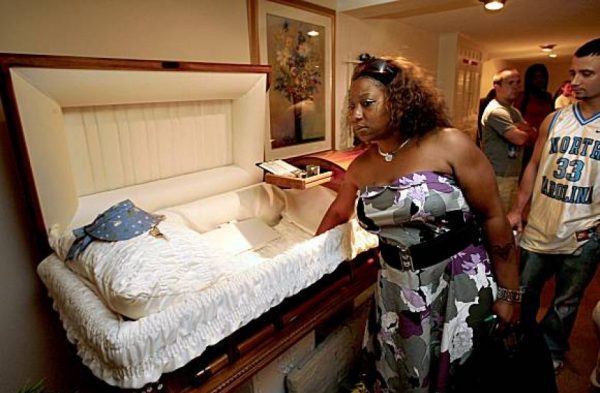 My opinion on Death Salon? Two intense and fruitful days, gone in a flash. Openly talking about death is essential, now more than ever, but – and I think this is the point of the whole Salon – it is also unbelievable, mind-bending fun: all that has been said, both by panelists and the audience, all these unexpected viewpoints, clearly prove that death is, even now, a territory dominated by wonder.

Still overloaded with stimuli, I pondered my unresolved question during the night flight back home. Why am I so fascinated with death?
Looking out the window towards the approaching coast of old Europe, with its little flickering lights, it became clear that the only possible answer, as I suspected from the beginning, was the most elementary one.
“Because being interested in death means to be interested in life“. 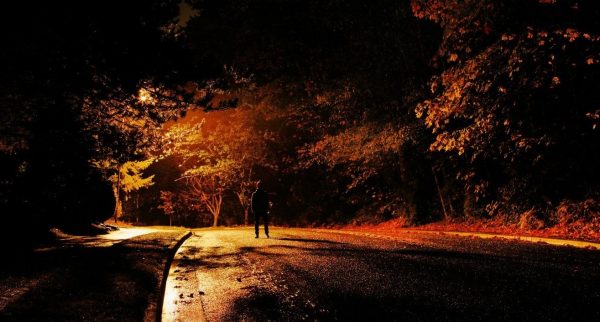 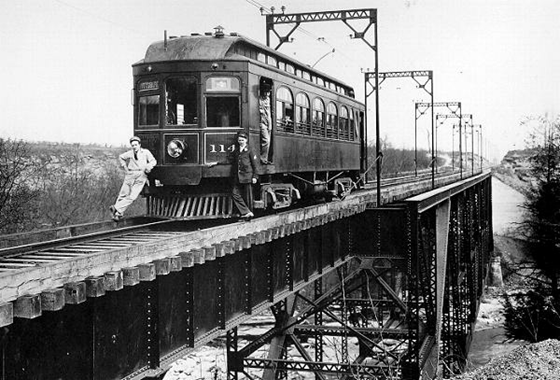 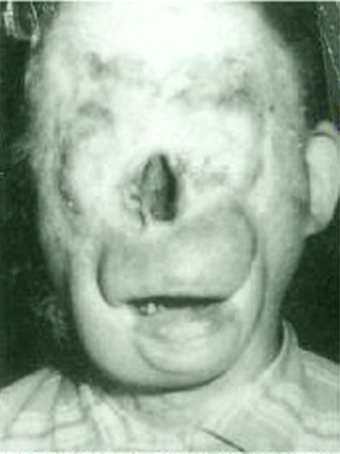 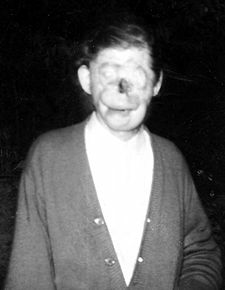 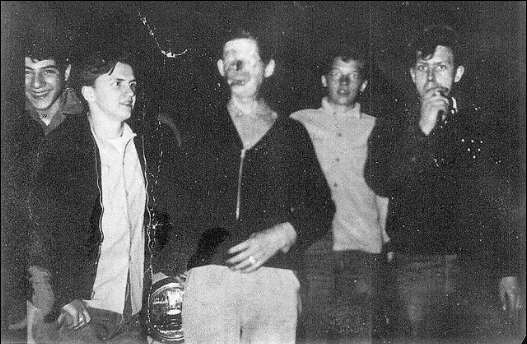 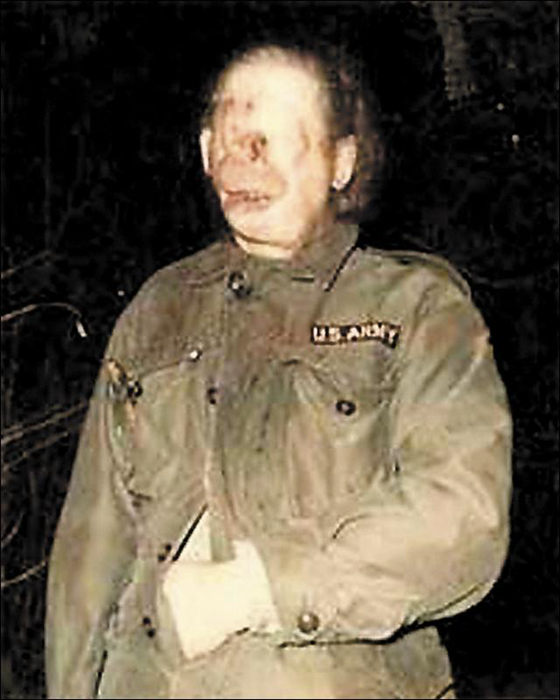 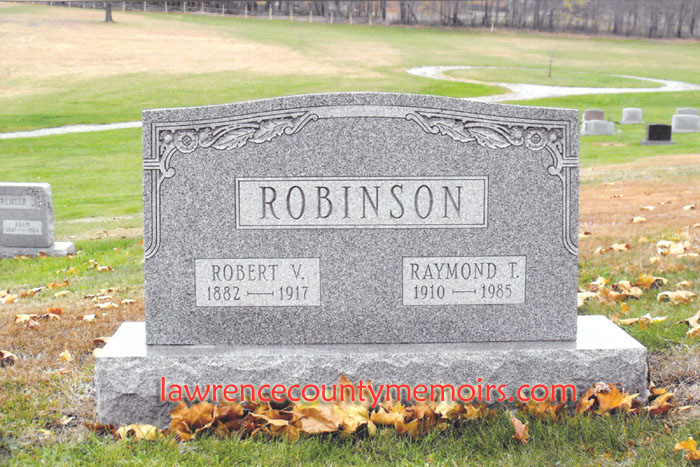