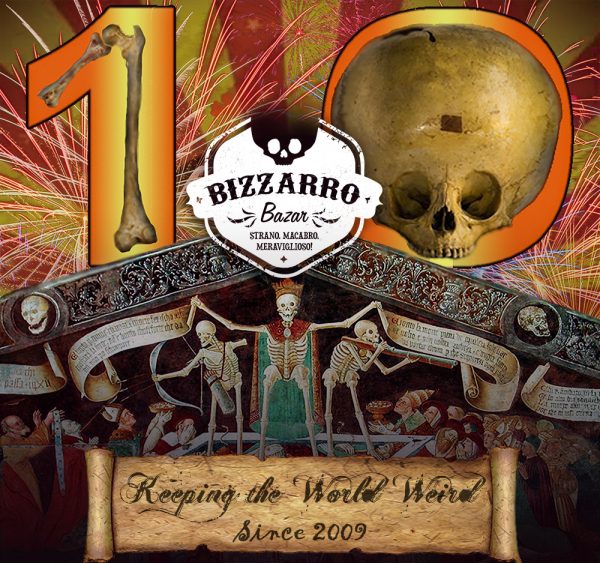 Today Bizzarro Bazar is 10 years old.
I don’t want to indulge in self-congratulations, but allow me a little pride because this is quite an achievement — for all of us.

August 2009.
In a dimly lit room, a thirty year old man is typing on a laptop.
The Internet was a different place then, so much so that it feels like a century ago.
Michael Jackson had died less than two months earlier, the news causing all major word websites to crash. Facebook was starting to outnumber MySpace. SMS were the only way to text your friends; in Italy perhaps a dozen people were testing this new esoteric thing called Whatsapp.
The Web looked promising. Many were convinced the internet would be the key to improving things, canceling boundaries and distances, promoting solidarity, forging a new, connected and cooperative humanity.

One fundamental tool for the imminent social revolution (there was no doubt about this) would be blogs, as they were the main tools to democratize culture, making it freely available to all.
If you were looking for a website dedicated to the macabre and the marvelous, you would have surely come across the glorious Morbid Anatomy, which back then was at its peak; there were a few good thematic blogs, but nothing in Italian. 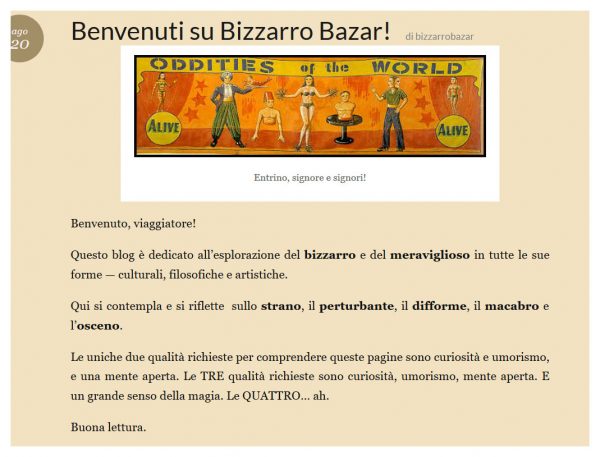 So that afternoon of August 20th I registered the name of this blog on WordPress, wrote a welcome post (with a nod to Monty Python), and I sent an email to a dozen friends inviting them to take a look. My hope was that at least some of them would be interested for a month or two. I needed to tell someone how incredible, terrible and amazing this reality we often take for granted seemed to me. How many unexpected treasures hide behind those things that terrify us most, if we only care to understand.

CUT TO: August 2019.
In a dimly lit room, a forty year old man is typing on a laptop.
The magical world of the internet has changed, and it no longer feels that magical.
Many feel harassed by its ubiquitous tentacles that crush every cell of time and life. Users have become customers, and you don’t need to be a hacker to know that the Web is full of dangers and traps. The Internet is today a privileged tool for those who want to spread fear and hatred, erase all diversity, strengthen barriers and boundaries instead of overcoming them. At first glance it would seem that the dream has been crushed.
Yet I am still here, writing on the very same blog. The Internet has remained in many ways an extraordinary space in which new initiatives are organized, different points of view are discovered, in which at times you may even change your mind.

What has all this got to do with a little blog about death, taboos, freakshows, bizarre collections and historical oddities?
In a sense I believe that here, you and I are doing an act of resistance. Not so much in a political sense — the polis cares about what happens inside or around the city walls — but some kind of cultural resistance. One might say we are resisting banality, and reduction of complexity. The lovers of the bizarre are people who prefer questions over answers, and want to explore ever stranger places.

In spite of the incalculable hours I spent studying, writing, answering all the questions from readers (and fixing bugs and server issues, damn), Bizzarro Bazar has always remained an ad-free, uncensored space.
With its 850 posts, it now looks like a mini-encyclopedia of the weird & wonderful. And if I reread some bits here and there, I can see my writing style gradually evolve thanks to your advice and your criticisms. 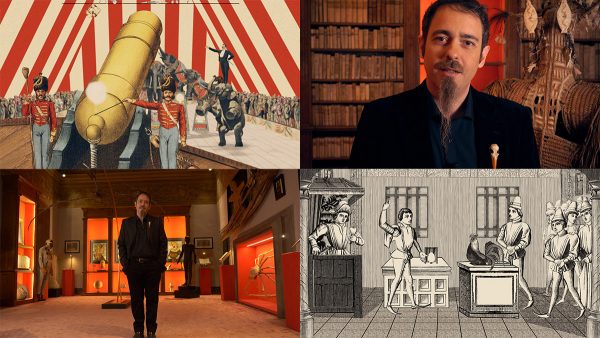 The web series I released this year on YouTube is a fundamental step in this long journey, carried out with passion and some sacrifices. We have invested so much effort, so many resources in it, and your response has been enthusiastic.
Many of you have expressed the hope that there might be a second season, so let’s get to the point: for the first time Bizzarro Bazar is summoning its army of freak and heretic followers! 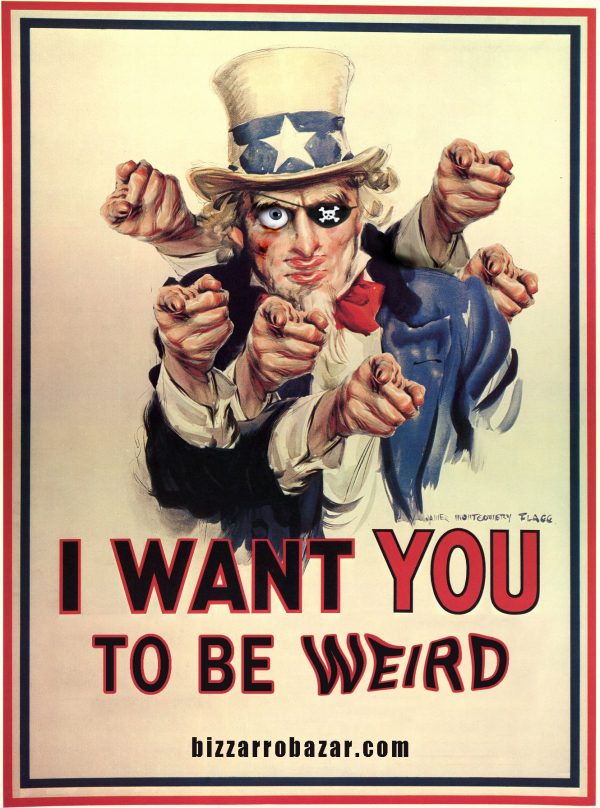 We started a campaign on the Italian crowdfunding website produzionidalbasso.com to finance the new season.
Here is the video for our project (be sure to turn on the English subtitles):

This is our only chance at the moment to keep the most anomalous Italian web series alive. But in reality it means much more.
If you help us, what will see the light will no longer be “the Bizzarro Bazar series”, but your own series.

The (Google-translated) page for our campaign is available at THIS LINK.
Shortlink to copy and share with friends: bit.ly/bizzarrobazar
Note: for us, the best method to receive a donation is by credit card/wire transfer, because PayPal is bleeding us with very high commissions, but shhhh, I didn’t tell you anything. 😉

Thank you all for these unbelievable ten years, thanks if you’ll be kind enough to consider donating… and to those who will shamelessly spam our project among their acquaintances.

Still and always, vive la Résistance! — in other words, 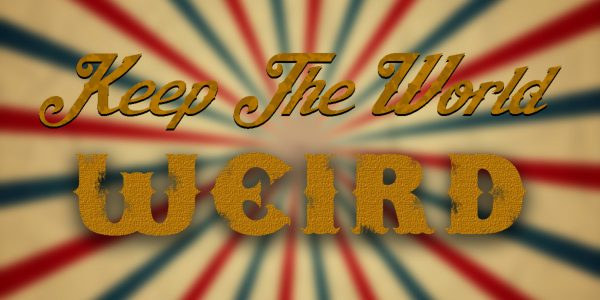 To boost-start this new trip around the sun, I’d like to reveal the secret project I have been absorbed in for the last few months… the Bizzarro Bazar Web Series! 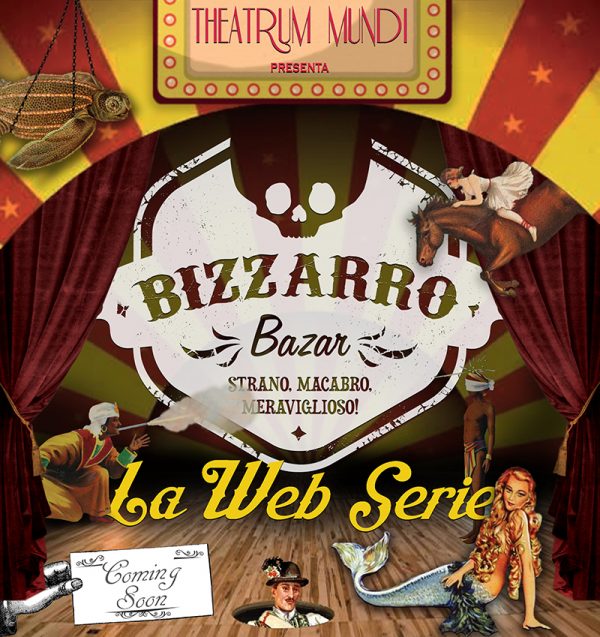 Produced in collaboration with Theatrum Mundi (Luca Cableri’s wunderkammer in Arezzo) and Onda Videoproduzioni, and directed by Francesco Erba, the series will take you on a journey through strange scientific experiments, eccentric characters, stories on the edge of impossible, human marvels — in short, everything what you might expect from Bizzarro Bazar.

Working on this project has been a new experience for me, certainly exciting and — I won’t deny it — rather demanding. But it seems to me that the finished product is quite good, and I am very curious to know your reactions, and to see what effect it will have on an audience that is less accustomed to strange topics than the readers of this blog.
In case you’re wandering: all episodes will be captioned in English. I’ll post them on here too, but if you want to make sure you don’t miss an episode you can follow my Facebook page and especially subscribe to my YouTube channel, which would make me really happy (numbers count).
And above all, if you happen to like the videos, please consider sharing them and spreading the word!

So, along with my best wishes for the new year, here’s a sneak peak of the opening credits for the weirdest web series of 2019 — coming soon, very soon. 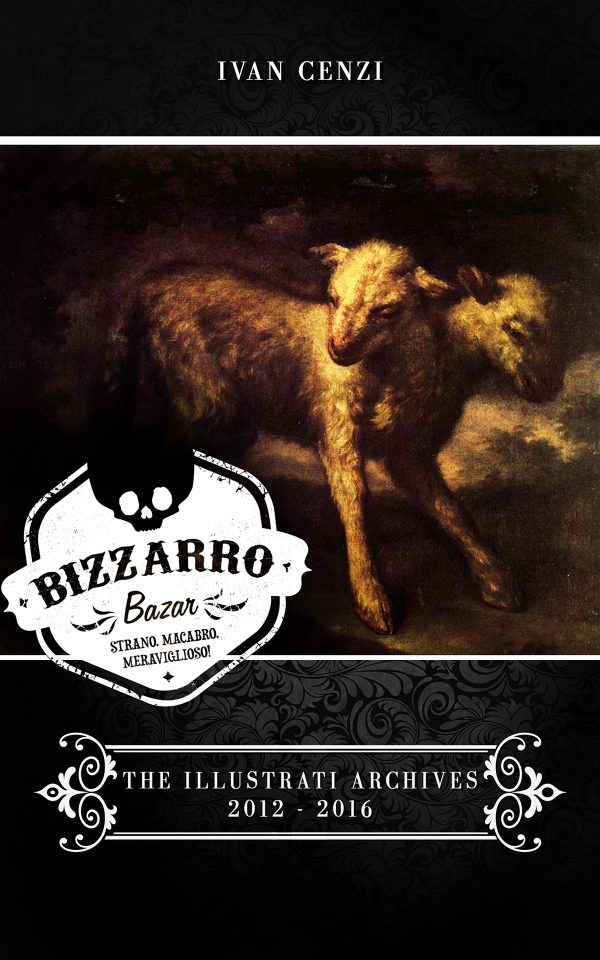 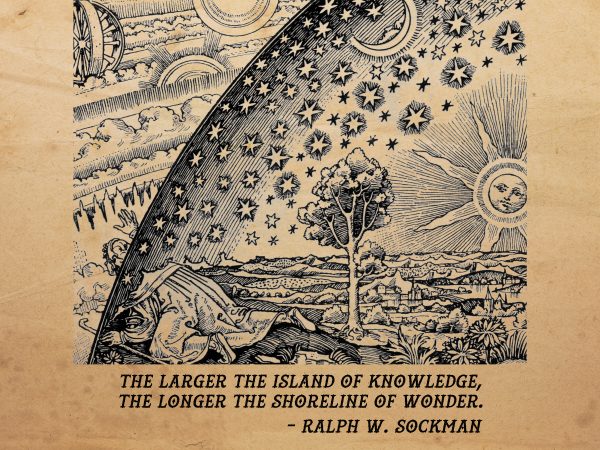 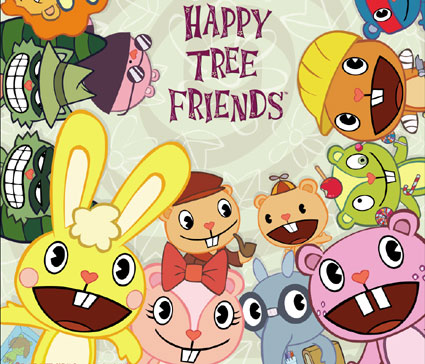 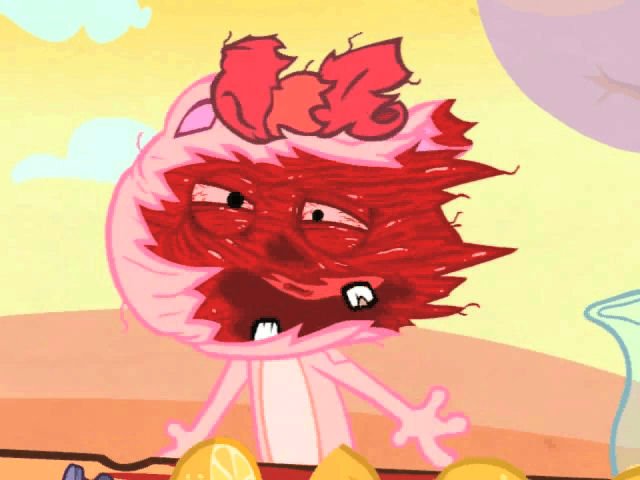 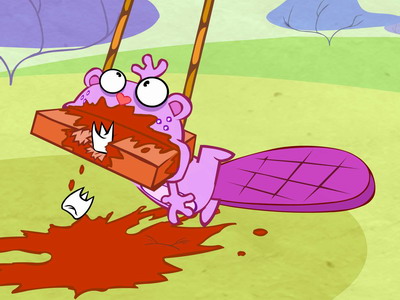 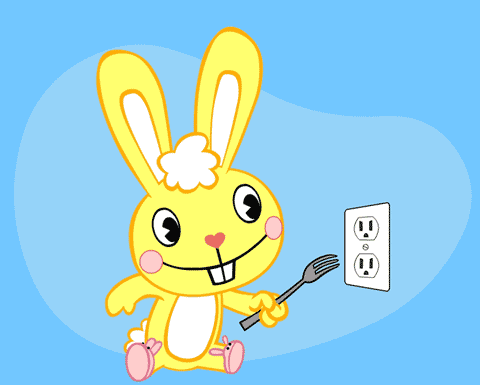 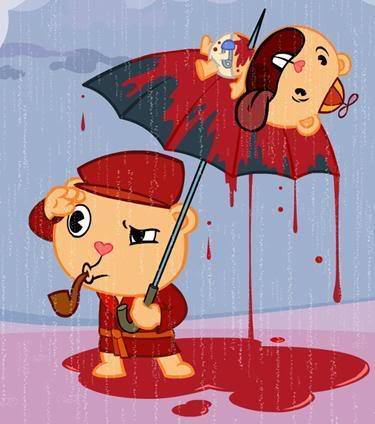 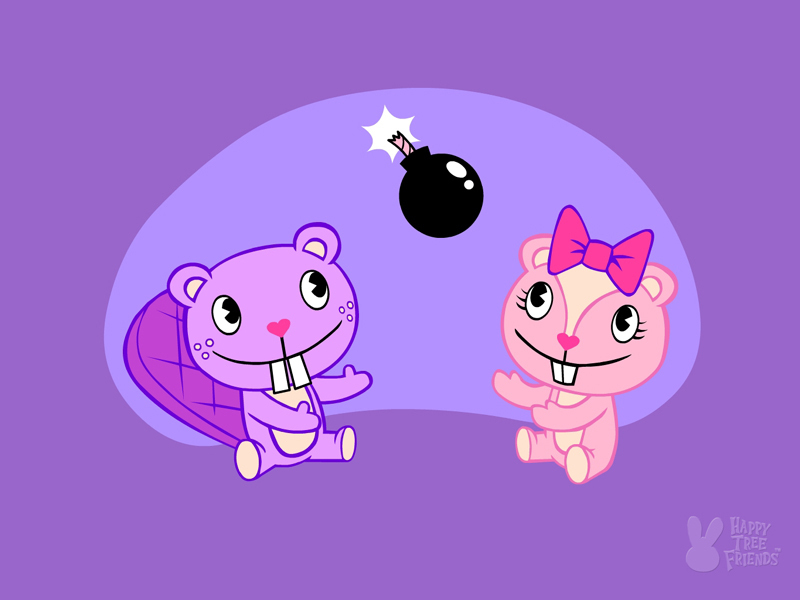 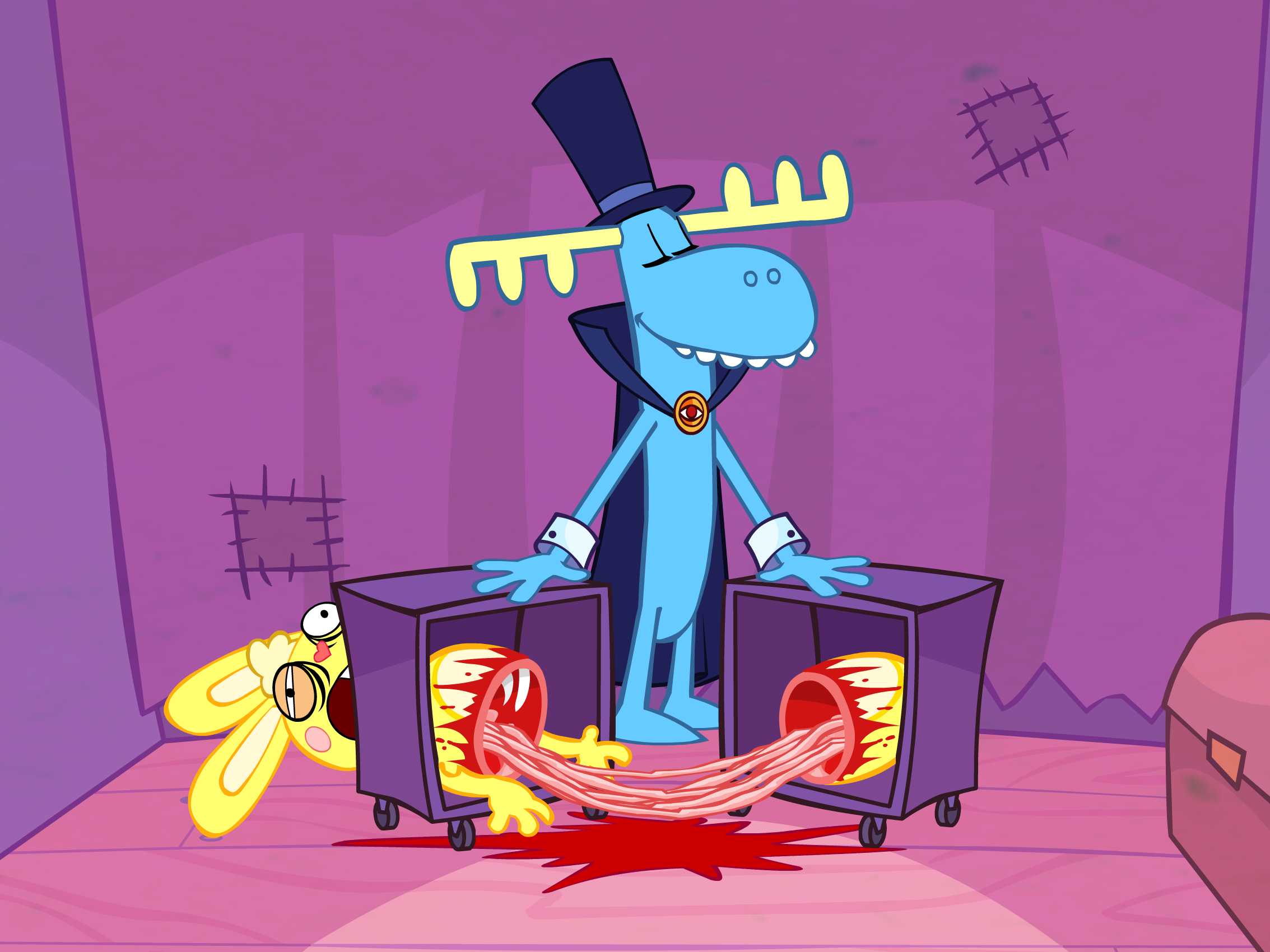