All that we see or seem
Is but a dream within a dream.
(E.A. Poe) 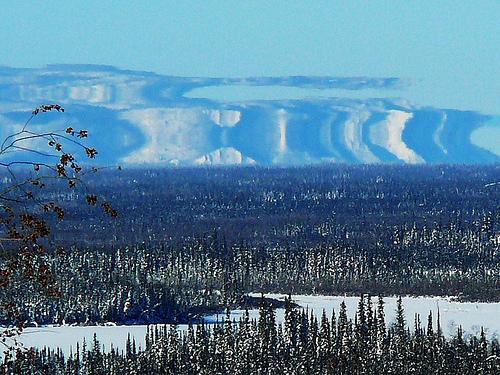 Very hot air close to the ground, colder air above. Light rays refracted from distant objects get deviated by the column of scorching air moving upwards. Here is the classical mirage of Sahara Bedouins, fresh oasis among the dunes and water poodles where there is nothing but dusty desert. 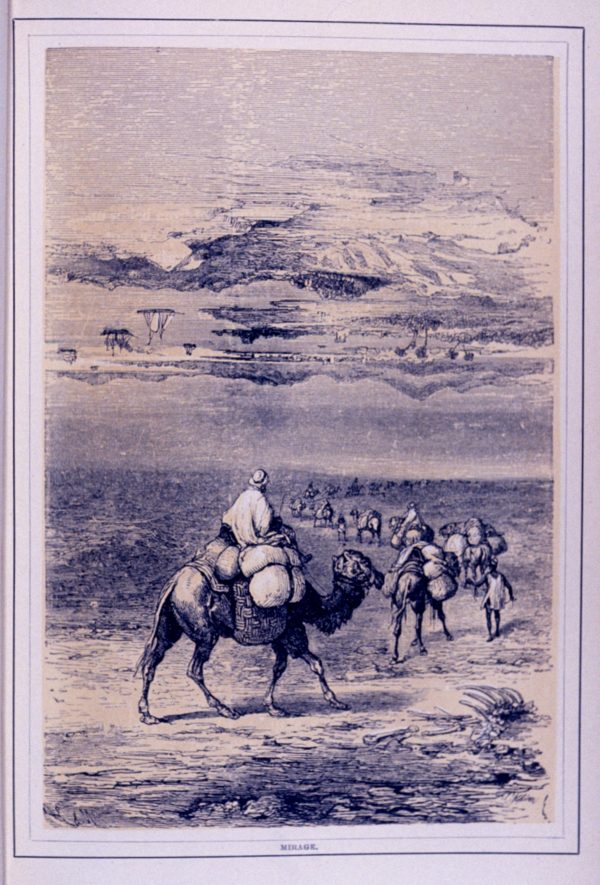 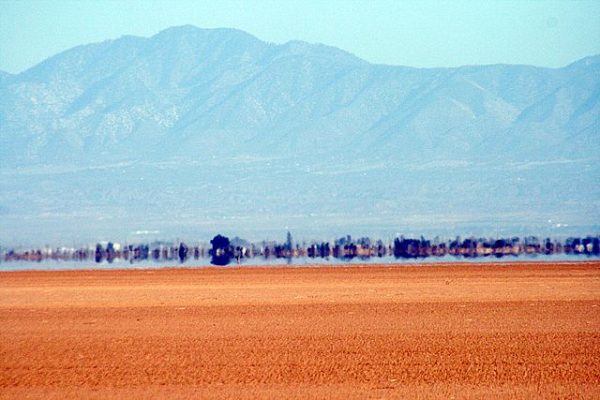 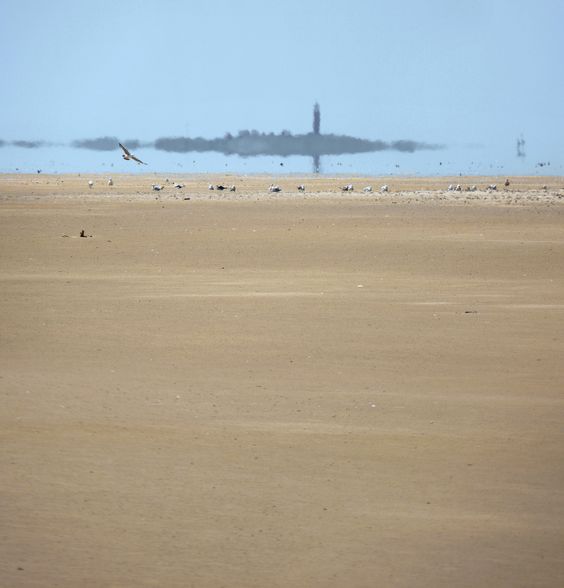 A mirage which is bound to also haunt another kind of nomad, the soul who cannot help but travel because he’s a victim of the highway blues, and he knows all too well that the tarmac road might look wet under the torrid sun. 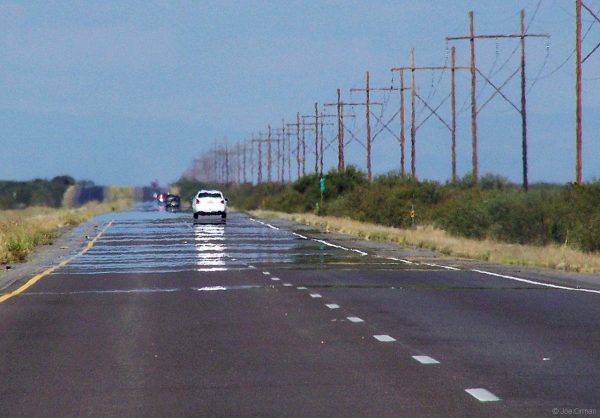 The more we get close to it, the more the illusion vanishes. We hurry towards the much coveted water to find it was mere deceit; and all our hurrying did was worsen our thirst. “If a mirage were water, why is water not seen by those nearby? – Nāgārjuna asked – The way this world is seen as real by those afar is not so seen by those nearby for whom it is signless like a mirage“. Maybe we too will be soon close enough to the truth to realize it is an illusion. 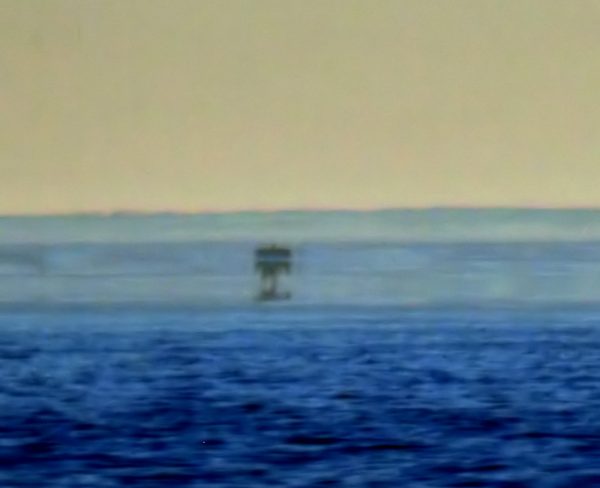 The ocean liner, in the dark night brightened only by the stars, eased out majestically on the water. Aboard, feasting passengers: on the horizon, a strange mist. Reginald Lee was on watch:

A clear, starry night overhead, but at the time of the accident there was a haze right ahead, […] in fact it was extending more or less round the horizon. There was no moon. 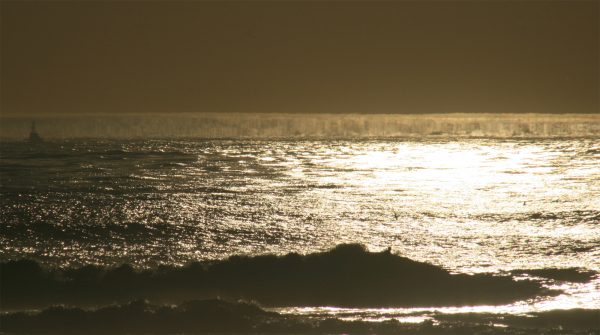 A dark mist, a vague tremor just above the horizon, but too far away to seem like a menacing sign. Then, from the nothingness of that fog, without warning, like a giant bursting on the scene from a funeral curtain, came the huge milky silhouette.

It was a dark mass that came through that haze and there was no white appearing until it was just close alongside the ship.

It looks like it might have gone that way: the Titanic probably sank due to a mirage. The mountain of ice remained hidden until the very last moment inside the sidereal light, which had been bended by the cold of the sea. 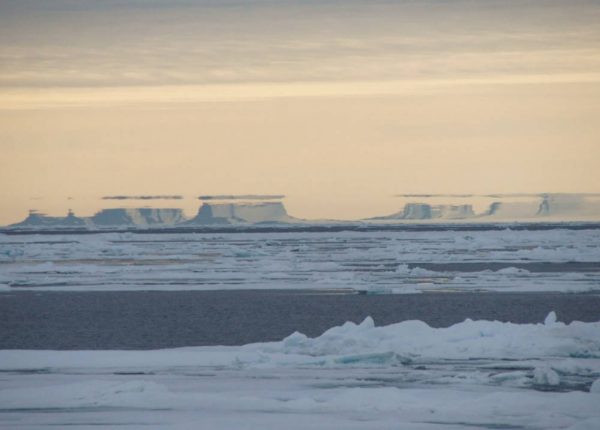 Ironically, this was the same kind of mirage which gave another ship, albeit fantastic, an eternal and persistant place in sailors’ fantasies. The immortal Flying Dutchman, floating over the ocean waves, perhaps owes his legend to the illusion called “superior mirage”. Superior, because its phantasmagoria appears above the horizon, and sometimes ships sailing beyond the Earth’s curve, which we shouldn’t be able to see, look like they are suspended in mid air. 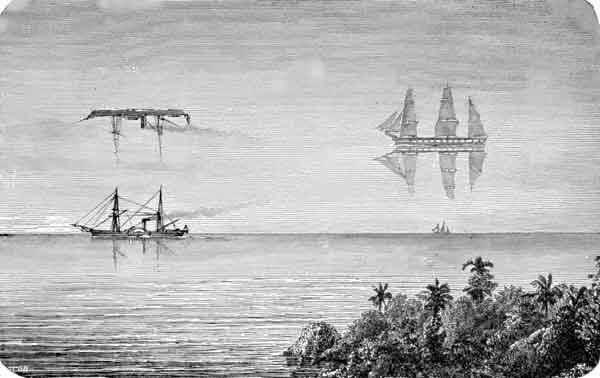 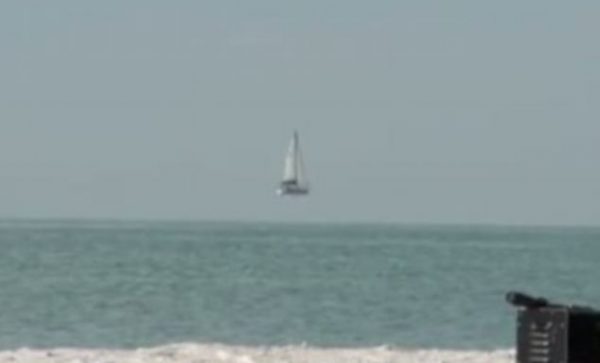 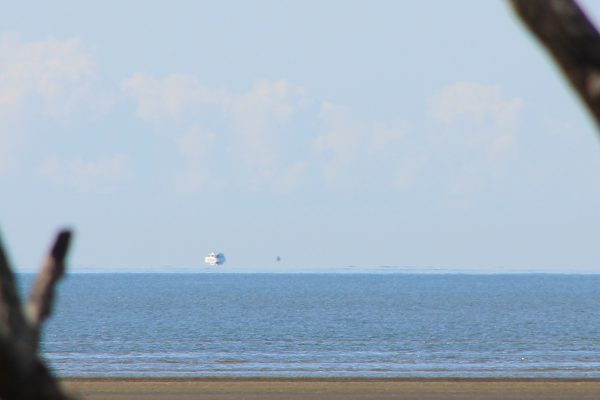 Like mountaineers, who fear and respect the mountain, the people of the sea knew a secret which escaped the mainland inhabitants. They were aware of the insidious nature of water, they knew all about whirlpools always ready to gape unexpectedly, about the visions, the magical fires up on the mast, the terrible twin monsters waiting for ships to pass in the narrow strip between Sicily and Calabria.

It is right on the Straits of Messina that the Castle in the Sky is sometimes spotted, home to the Enchantress, cruel sister of Arthur son of Pendragon. The witch’s magical arts make the winged castle visible both from the coast of the island and from the opposite shore. Many believed they could conquer its trembling stronghold, and drowned. 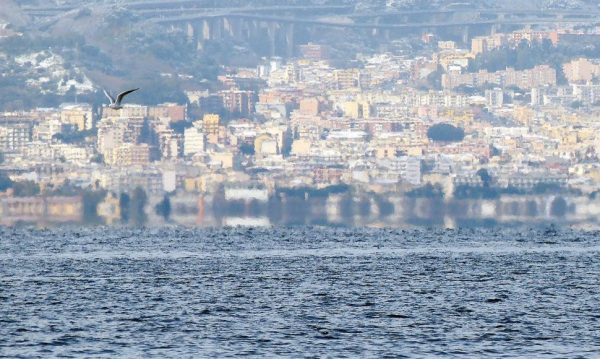 Thus Morgan le Fay, “Fata Morgana”, gave her name to the rarest among superior mirages, capable of blending together three or more layers of inverted and distorted objects, in a constantly changing visual blur. The ultimate mirage, where nothing is what it seems; impossible apparitions of distant gloomy towers, enchanted cities, ghost forests. The horizon is not a promise anymore, but a mocking imposture.

∼ The Mirage of Everything ∼

What Zhuangzi is not considering is the possibility that both him and the butterfly might be a dream: someone else’s dream.
Quantum physicists, who are the modern poets, mystics, artists, suggest ours could potentially be a holographic cosmos. According to some scientists, the whole universe might be a simulacrum, a sophisticated simulation (atoms-pixels), us being the characters who little by little are realizing they’re part of a game. Galileo’s method is now teaming up with the opium eaters’ lucid hallucinations, and math itself seems to tell us that “life is but a dream“. 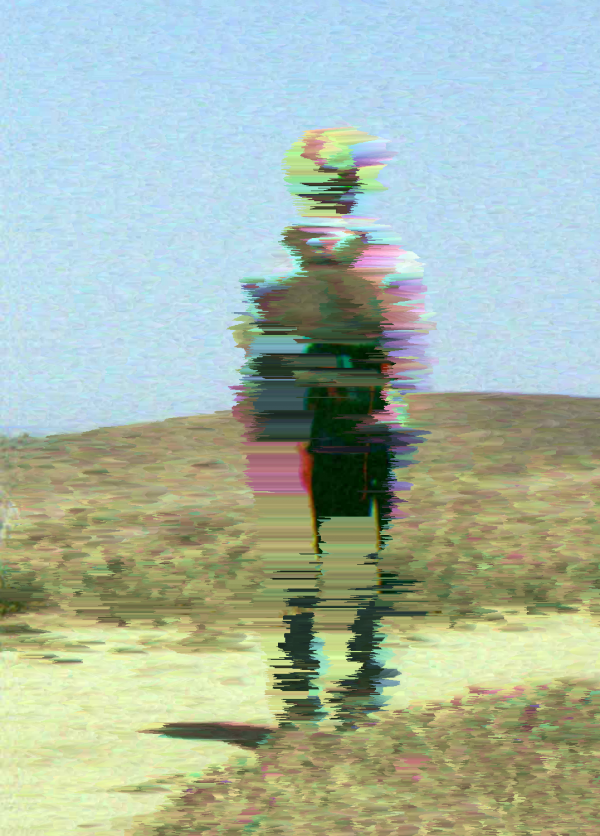 Among the supporters of the hypothesis of the universe being an elaborate fiction inside an alien algorythm, there is a controversial, visionary innovator who is trying to keep us safe from the dangers of strong AI. His inconceivable plan: to fuse our cerebral cortexes with the Net, forever freeing us from the language virus and, in time, reprogramming  our already obsolete bodies from the inside. Mutate or die!
And this mutation is going  to happen, rest assured, not in two hundred years, but in the next ten or fifteen. 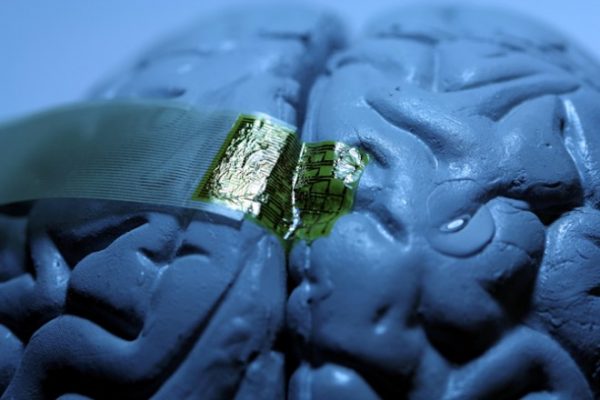 Today we take a look around, and all we see is mirage.
For thousands of years philosophers have been discussing the Great Dream, but never before the veil of Maya has been so thin, so close to be torn at any moment.
What does it mean for us to accept the possible unreality of everything? Does it entail an absolute relativism, does it mean that killing is nothing serious after all, that nothing has value? Weren’t Hassan-i Sabbāh‘s last words “nothing is true, everything is permitted”?
[Old Uncle Bill smiles slyly from his parallel universe, surrounded by seductive centipede-boys.]
Are we instead to understand mirage as a liberation? Because death will finally turn out to be that “passage” every enlightened guru told us about, and this is not the true world? But does a true world really exist? Or is it just another mirage within a mirage? 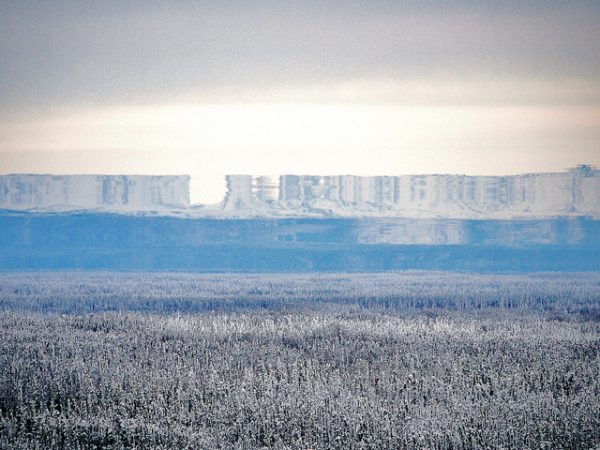 All the while, the stupid believe they are awake, busily and brightly assuming they understand things, calling this man ruler, that one herdsman — how dense! Confucius and you are both dreaming!  It is a dream even for me to say that you are dreaming. 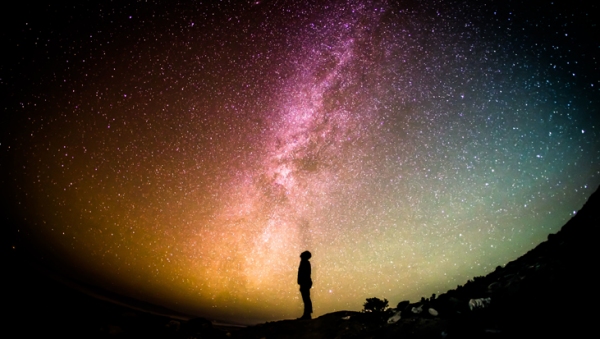