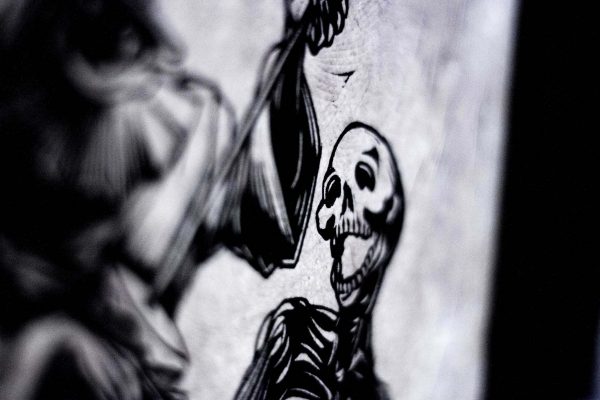 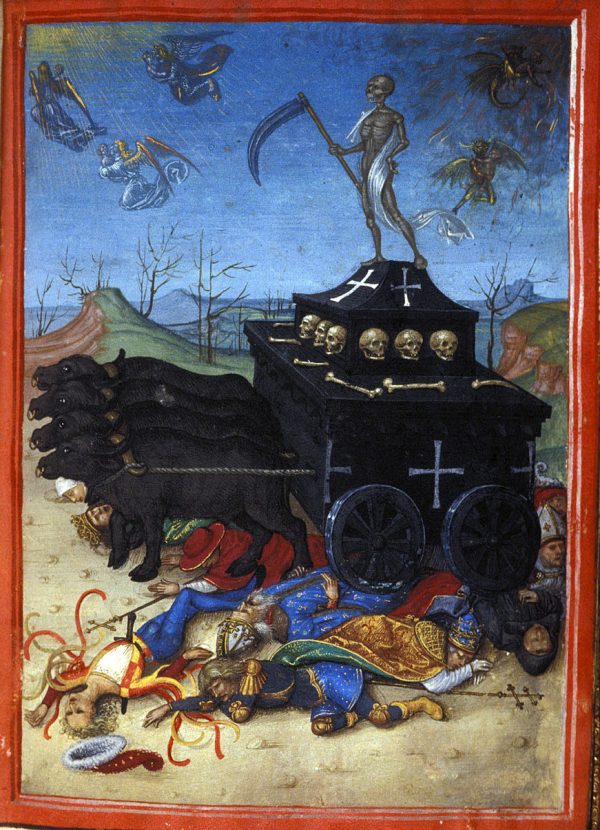 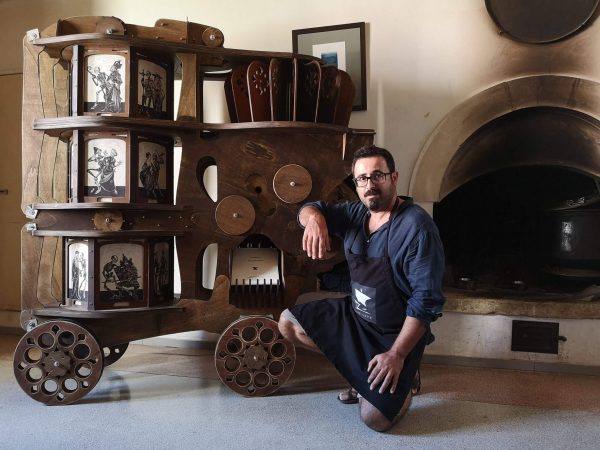 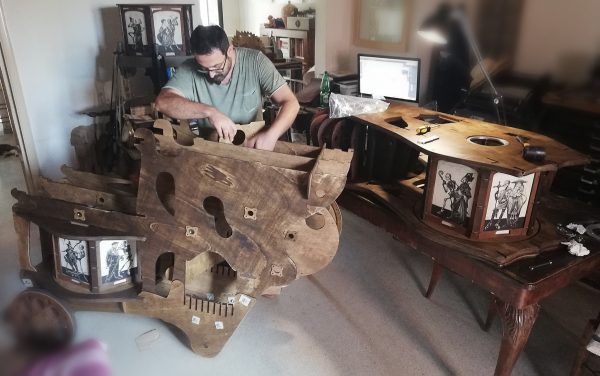 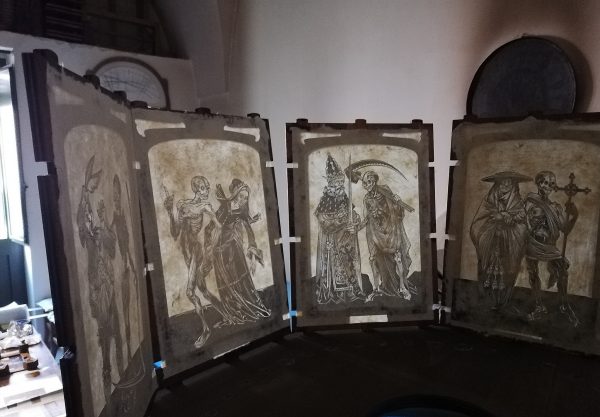 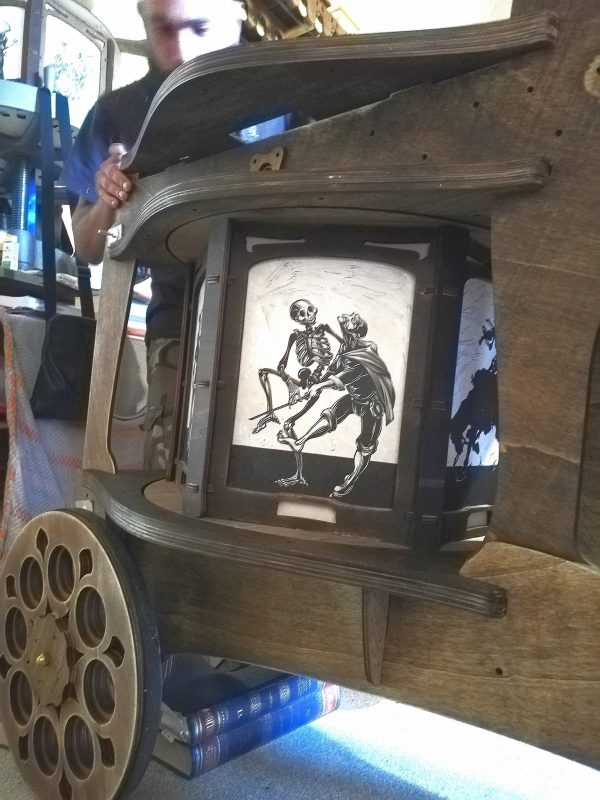 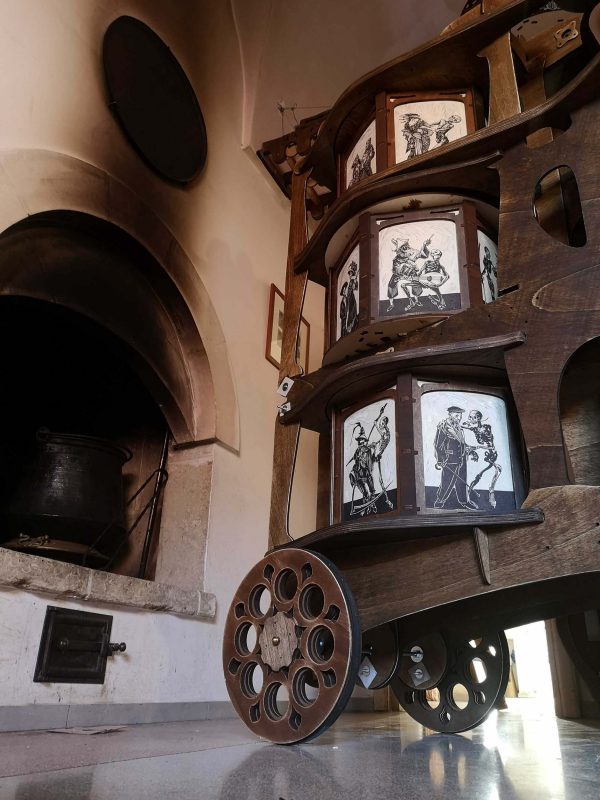 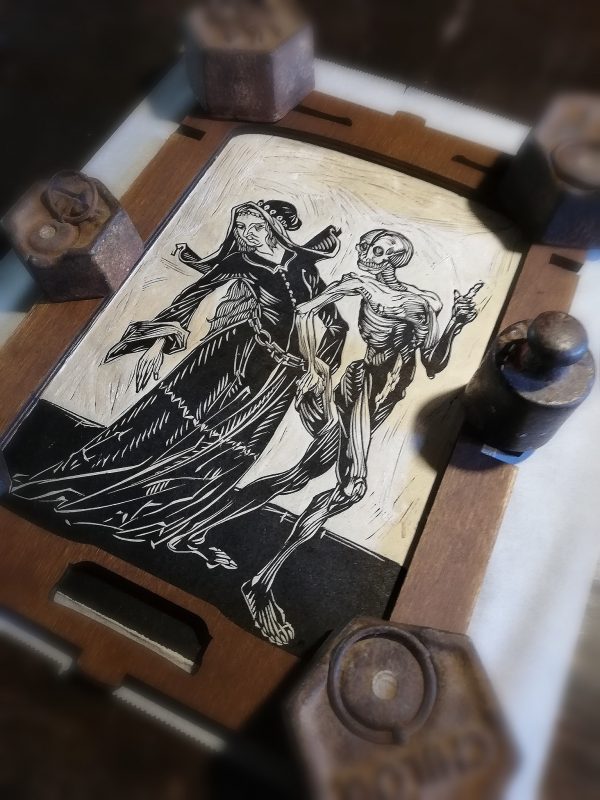 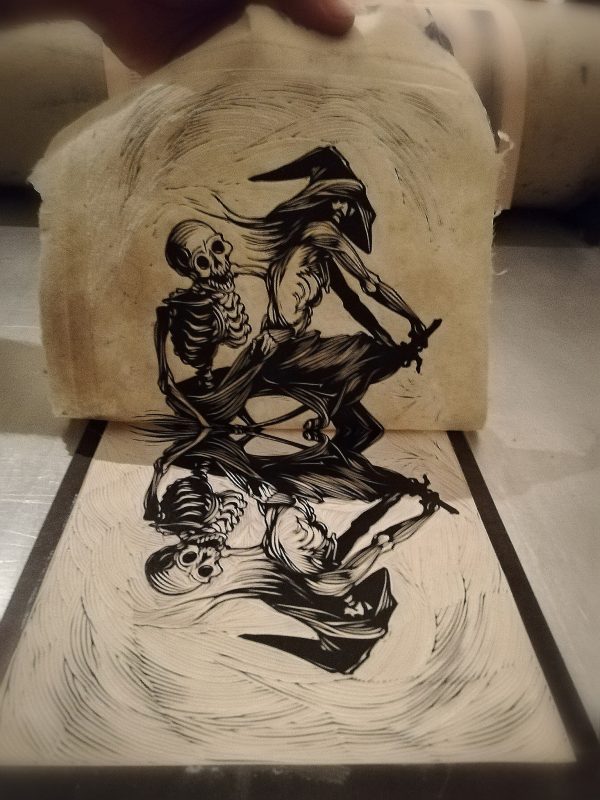 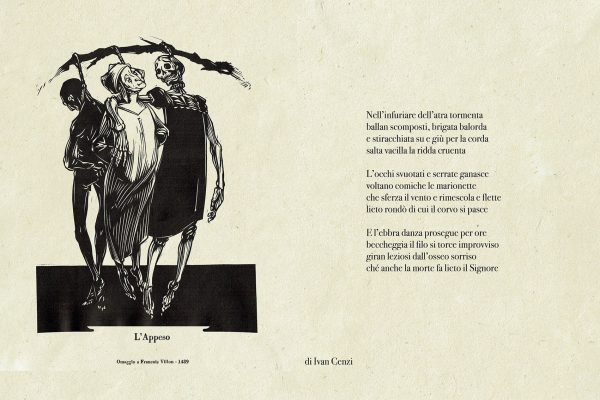 During the great waves of plague in the Middle Ages, two allegorical motifs arose: the Triumph of Death and the Danse Macabre. What can they teach us today?

Here’s a video I made for the University of Padua, for the project Covid Catalog of Losses and Findings.[Remember to turn on English Subtitles.] 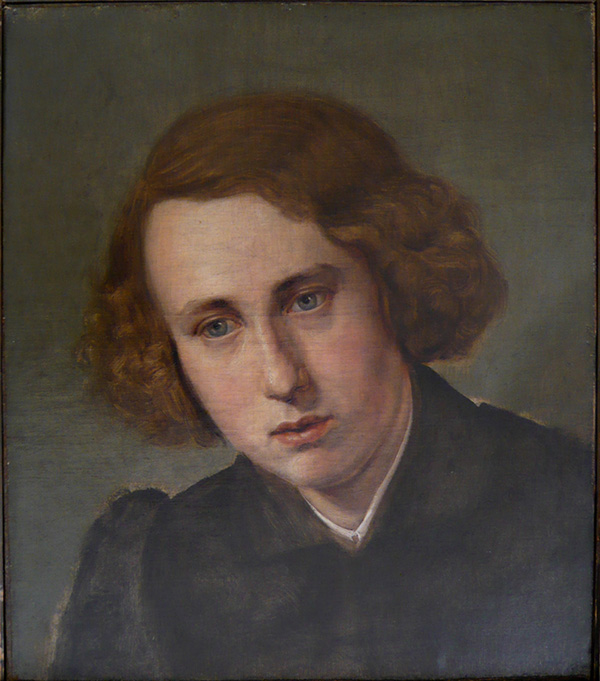 In 1851 the German artist Alfred Rethel (who three years before had already signed an overtly political Danse Macabre) produced the sketches for two twin engravings: Death as an Enemy and Death as a Friend. 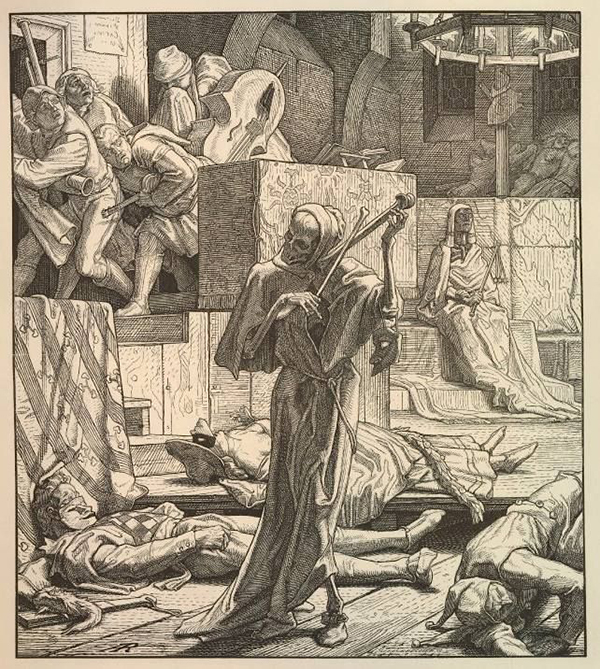 If his Death as an Enemy (above), although elegant and refined, is not so original as it is inspired by a long tradition of “Triumphs of Death” and skeletal figures towering over piles of dead bodies, it is instead the specular Death as a Friend which always fascinated me.
I recently managed to get a reproduction of this etching, taken from a late 19th-century book, and I was finally able to scan it properly. Much of the charm of this lithograph, in fact, derives from the attention given to the smallest details, which need to be carefully examined and interpreted; for this reason, admiring it in high quality is fundamental. At the end of this article you will find the link to download it; but I’d like to show you first why I love this image so much. 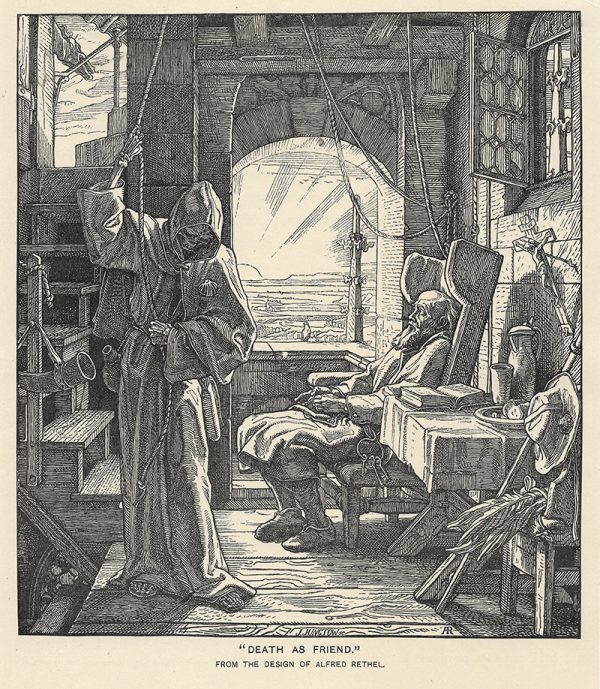 The scene takes us to the topmost room inside the bell tower of a medieval cathedral.
The environment is modest, the only discreet frieze present above the window arch is certainly nothing compared to how the church should look from the outside: we can guess it from a glimpse at the gargoyle in the upper left corner, and from the carved finials of the spire we see from the window. 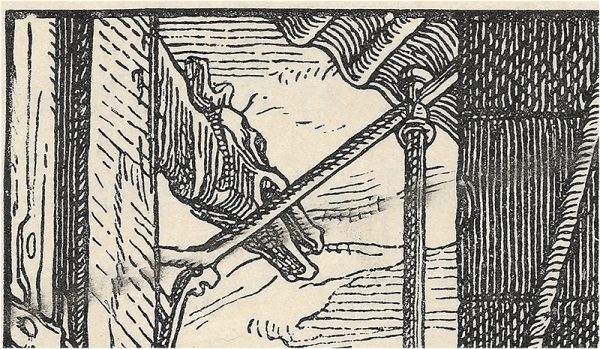 Between these four walls the old sexton and bell ringer spent his whole life; we can imagine the cold of harsh winters, when the wind whistled entering from the large window, causing the snow to swirl in the room. We can feel the fatigue of those wooden stairs that the man must have climbed up and down Lord knows how many times, in order to reach the top of the tower.
Now the guardian has come to the end of his days: his horn remains silent, hanging on the handrail. 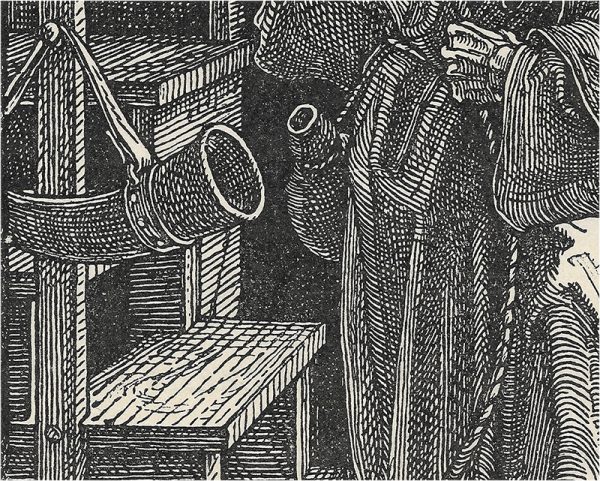 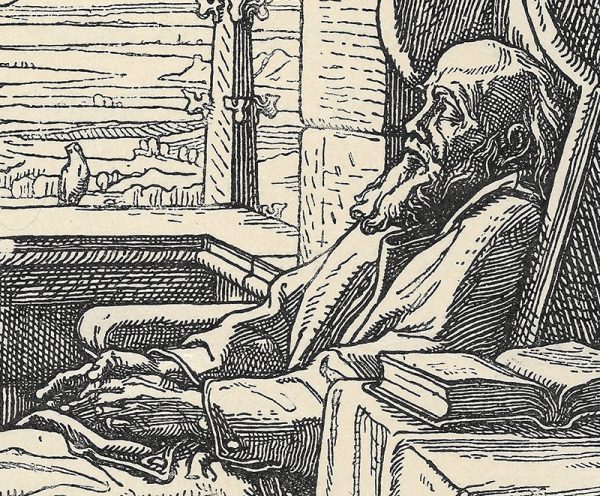 The frail limbs of the old man (his right foot turned to the side, under the leg’s weight), his sunken figure in the armchair, his hands abandoned in his lap and weakly united in one last prayer — everything tells us that his life is coming to an end. 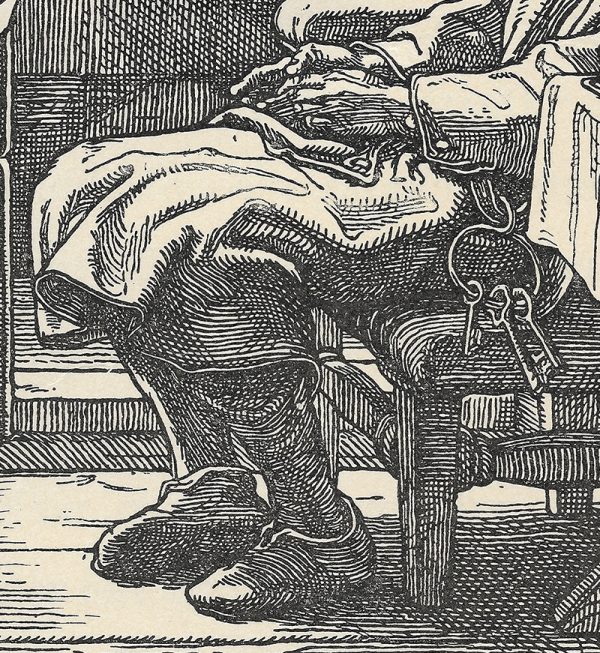 His was a humble but pious life. We can guess it from the remains of his last poor meal, a simple piece of bread and a glass that allude to the Eucharist. We also understand it from the crucifix, the only furnishing in addition to the table and chair, and from the open book of scriptures.
The bunch of keys hanging from his belt are another element bearing a double meaning: they identify his role as a sacristan, but also reference the other bunch of keys that await him, the ones Saint Peter will use to unlock the gates of Paradise. 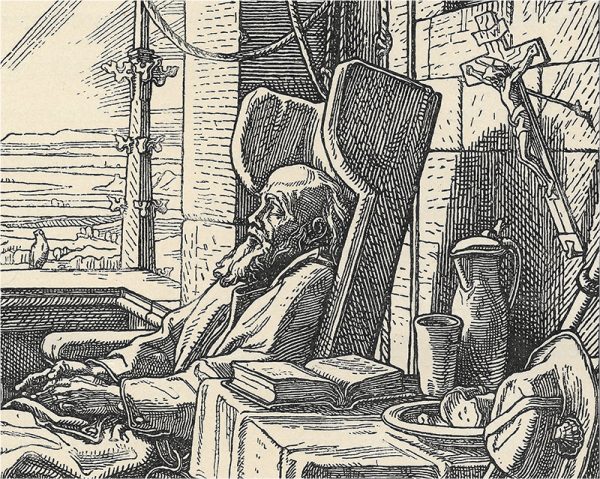 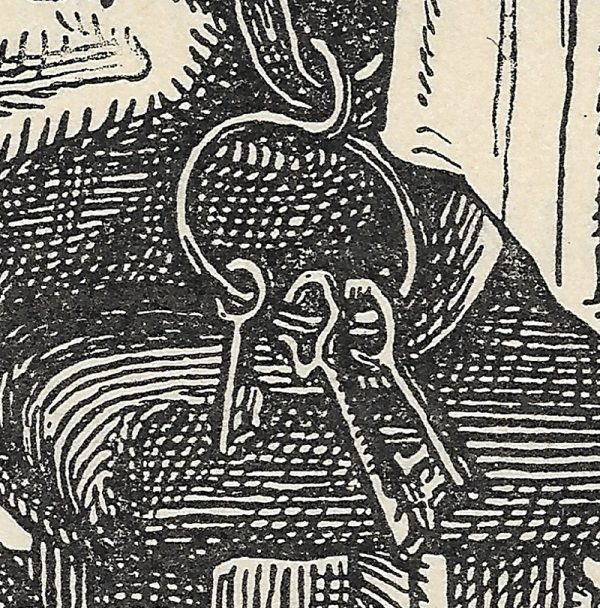 The real vanishing point is the sun setting behind the horizon of a country landscape. It is the evening of the day, the evening of a life that has run its course just like the river we see in the distance, the emblem of panta rei. Yet on its banks we see well-cultivated and regular fields, a sign that the flowing of that water has borne fruit.
A little bird lands on the windowsill of the large window; is she a friend of the old man, with whom he shared a few crumbs of bread? Did the bird worry when she didn’t hear the bells ringing as usual? In any case, it is a moving detail, and an indication of life carrying on. 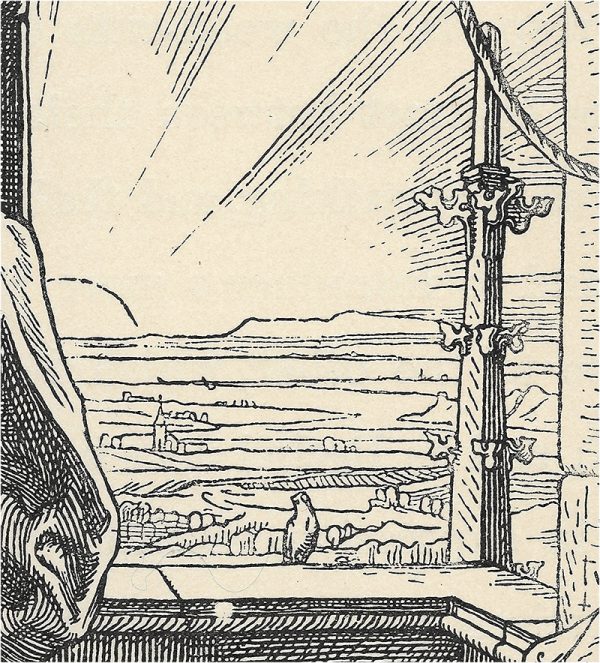 And finally let’s take a look at Death.
This is not the Black Lady (or the Grim Reaper) we find in most classic depictions, her figure could not be further from the one that brought scourge and devastation in the medieval Triumphs of Death. Of course she is a skeleton and can inspire fear, but the hood and saddlebag are those of a traveler. Death came a long way to visit the old man, so much so that she carries a scallop on his chest, the sea shell associated with Saint James, symbol of the Pilgrim; her bony feet have trampled the Earth far and wide, since time immemorial. And this constant wandering unites her, in spirit, with the old man — not surprisingly, the same shell is also pinned on the sexton’s hat, next to his staff and a bundle of herbs that he has collected. 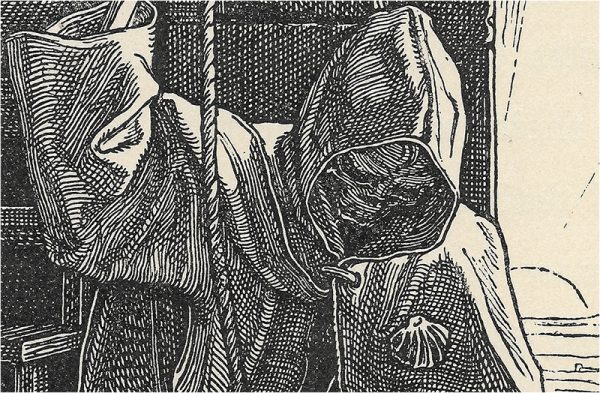 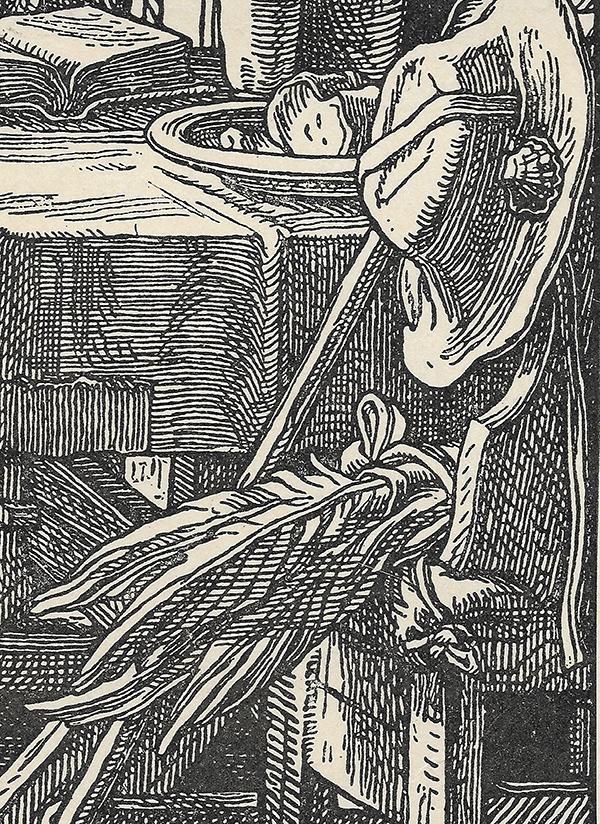 This Death however, as indicated by the title, is “a friend”. When facing such a virtuous man, that same Death who knows how to be a ruthless and ferocious tyrant becomes a “sister” in the Franciscan sense. Her head lowered, her empty orbits turned to the ground, she seems almost intent on a secret meditation: from the beginning of time she has carried out her task with diligence, but here we see she is not evil.
And in fact, she makes a gesture of disarming gentleness: she rings the bells one last time, to announce vespers in the place of the dying man who is no longer able to do it. 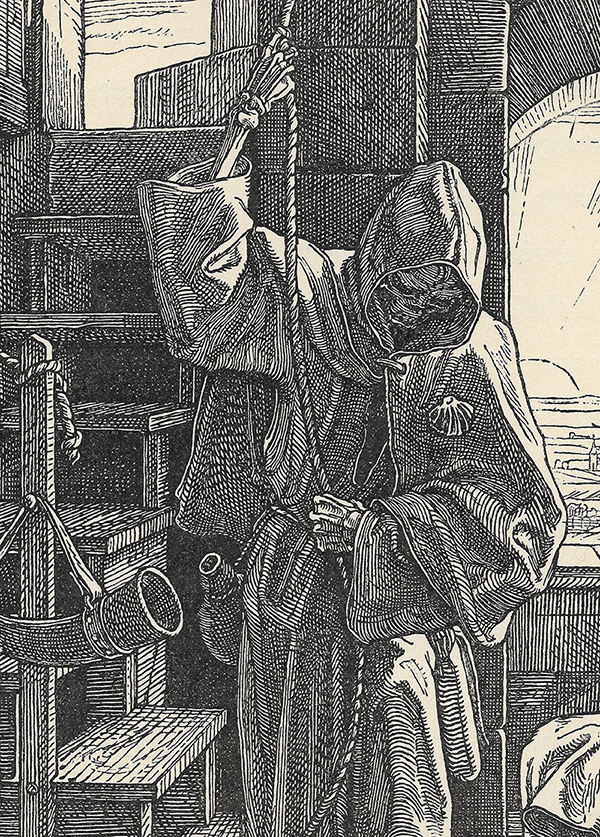 It is time for the changing of the guard, the elderly man can now leave the post he has occupied for so long. With the quiet arrival of the evening, with the last tolling of those bells he has attended to throughout his life, a simple and devoted existence ends. Everything is peaceful, everything is done.

Few other images, I believe, are able to render so elegantly the Christian ideal (but, in general, the human ideal) of the “Good Death”.
Unfortunately, not everyone will be able to afford such an idyllic end; but if Death were really so kind, caring and compassionate, who wouldn’t want to have her as a friend? 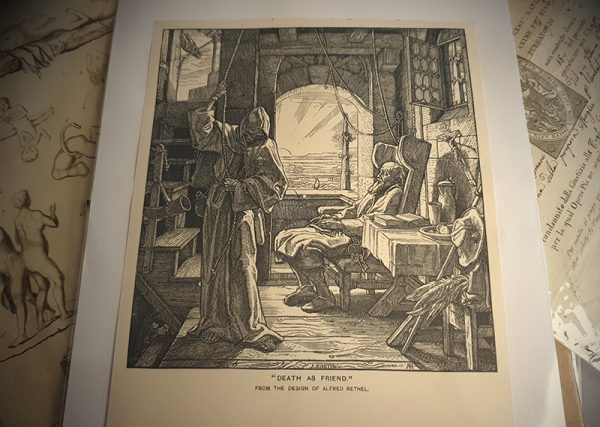