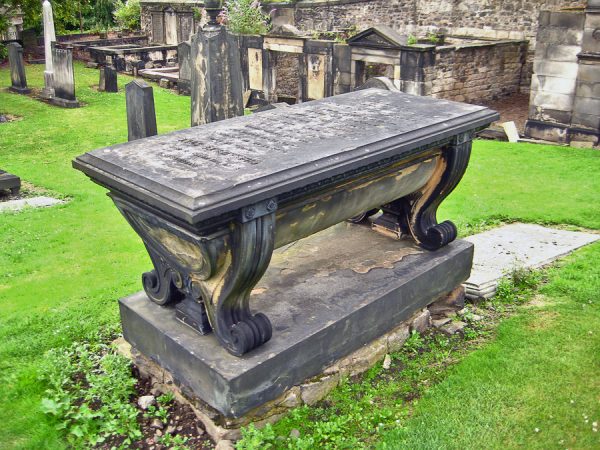 I have sometimes talked about the false dichotomy between Nature and Culture, that weird, mostly Western aberration that sees mankind separated and opposed to the rest of the environment. This feeling of estrangement is what’s behind the melancholy for the original union, now presumed lost: we look at birds in a tree, and regret we are not that carefree and unrestrained; we look at our cities and struggle to find them “natural”, because we insisted in building them with rigid geometries rarely found elsewhere, as if to mark the difference with all other habitats in which straight lines seldom exist.
This vision of man as a creature completely different from other living beings has found an obvious declination in Western burials. It’s one of the very few traditions in which the grave is designed to keep the body from returning to earth (of course in the past centuries this also had to do with the idea of preserving the body for the ultimate Resurrection).
But there is someone who is trying to change this perspective. 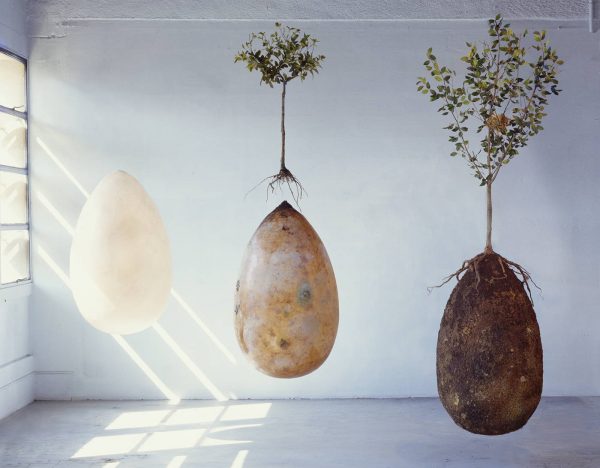 Picture your death as a voyage through three different states of matter. Imagine crossing the boundaries between animal, mineral and plant kingdom.
This is the concept behind Capsula Mundi, an italian startup devised by Anna Citelli and Raoul Bretzel, which over the past decade has been trying to achieve a new, eco-friendly and poetic kind of burial. An egg made of biodegradable material will wrap the body arranged in fetal position, or the ashes; once planted underground, it will grow a specific tree, chosen by the deceased when still alive. One after the other, these “graves” will form a real sacred forest where relatives and friends can wander around, taking care of the very plants grown, fed and left as inheritance by their dear departed. A more joyful alternative to the heavy, squared marble gravestone, and a way of accepting death as a transition, a transformation rather than the end of life. 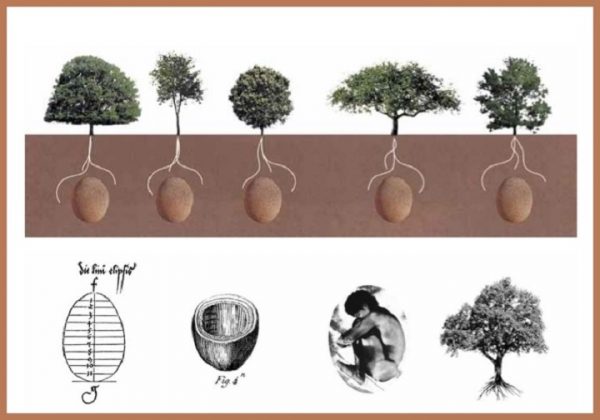 Actually the very idea of a “capsule” incorporates two separate connotations. On one hand there’s the scientific idea of a membrane, of a cell, of a seed for new life. And the shell enveloping the body — not by chance arranged in fetal position — is a sort of replica of the original embryo, a new amniotic sac which symbolically affirms the specularity (or even the identity) of birth and death. On the other, there is the concept of a “capsule” as a vehicle, a sci-fi pod, a vessel leading the corpse from the animal kingdom to the mineral kingdom, allowing all the body components to decompose and to be absorbed by the plant roots.
Death may look like a black monolith, but it gives rise to the cosmic fetus, the ever-changing mutation. 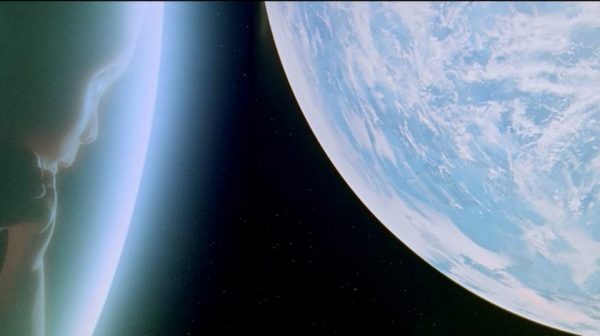 The planting of a tree on burial grounds also refers to the Roman tradition:

For the ancients, being buried under the trees enabled the deceased body to be absorbed by the roots, and matter to be brought back to life within the plant. Such an interpenetration between the corpse and the arboreal organism therefore suggested a highly symbolic meaning: plunging his roots inside mother earth and pushing his top towards the sky, it was like the deceased was stretching out his arms, to protect and save his descendants, in a continuing dialogue with posterity’s affection and memory. 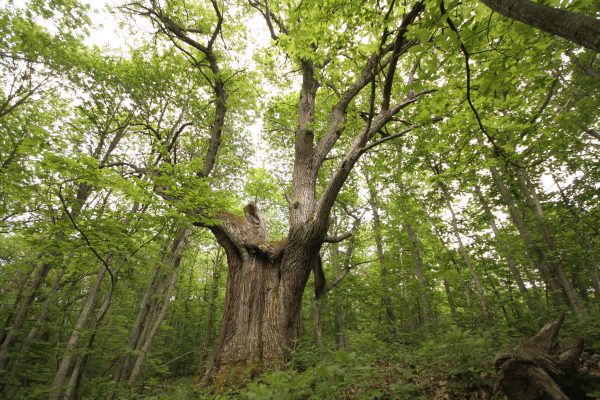 I asked some questions to Anna Citelli, creator of Capsula Mundi along with Raoul Bretzel.

It is clear today that the attitude towards death and dying is changing, after a century of medicalization and removal: more and more people feel the need to discuss these topics, to confront them and above all to find new (secular) narratives addressing them. In this sense, Capsula Mundi is both a practical and symbolic project. From what did you draw inspiration for this idea? The “capsule” was shaped like an egg from the beginning, or were you initially thinking of something else?

We unveiled the Capsula Mundi project in 2003, at the Salone del Mobile in Milan. It was not the first time we exhibited at the Salon, albeit independently from one another. Our works at the time were already a reflection on sustainability, and when we had the occasion to work together we asked ourselves some questions about the role of designers in a society which appears removed from nature, well-satisfied and overwhelmed by objects for every necessity.
We decided to devote our work to a moment in life of extreme importance, charged with symbolic references, just like birth and wedding. Death is a delicate passage, mysterious and inevitable. It is the moment in which the person stops consuming or producing, therefore in theory it’s something distant from the glossy environment of design. But if we look at it as a natural phenomenon, a transformation of substances, death is the moment in which the being is reconnected with nature, with its perpetual changing. The coffin, an object neglected by designers, becomes a way of reflecting on the presumption that we are not part of the biological cycle of life, a reflection on a taboo. Adopting the perfect shape of the egg was an immediate and instinctive choice, the only one that could indicate our thought: that death is not an end or an interruption, but the beginning of a new path.

How does Capsula Mundi relate to the death-positive movement? Is your project, while not aspiring to replace traditional burials but rather to offer an alternative choice, also intended to promote a cultural debate?

We have been presenting the concept of Capsula Mundi for more than a decade now, and in the last few years in the public we have finally seen a rising need to talk about death, free from any negative cultural conditioning. It is a collective and transversal need which leads to an enrichment we’ve all been waiting for. We receive a lot of letters from all over the world, from architecture students to palliative treatments operators, from botany students to documentary filmmakers. A whole variety of human beings sharing different experiences, trying to achieve a social change through debate and confrontation, to gain a new perspective on the end of life. 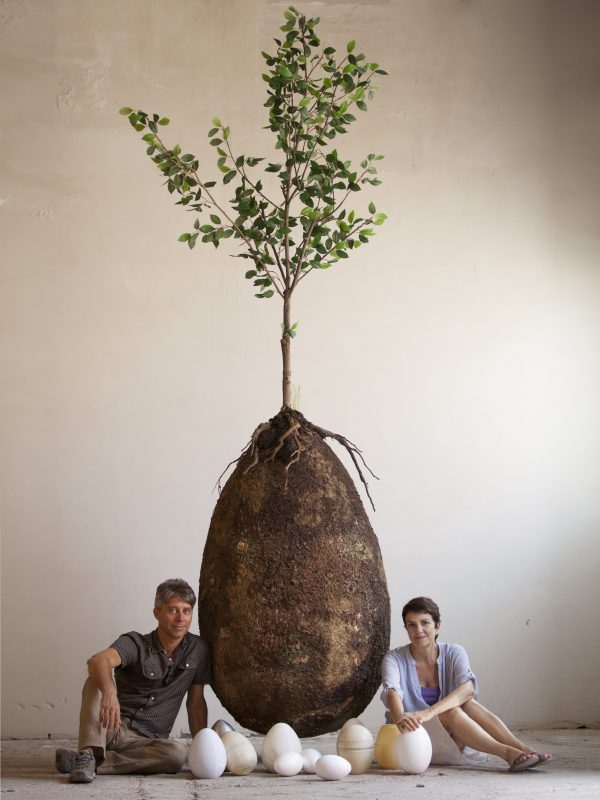 What point is the project at, and what difficulties are you encountering?

Green burials are prohibited in Italy, but seeing the huge demand we receive every day we decided to start the production of the small version of Capsula Mundi, for cremated remains. In the meantime we are carrying on the studies to build capsules for the whole body, but we still need some time for research.

Green burials are already a reality in other countries, as are humanist funerals. Do you think the Italian legislation in funeral matters will change any time soon?

We think that laws are always a step behind social changes. In Italy cemetery regulations date back to Napoleonic times, and legislative change will not happen quickly. But the debate is now open, and sooner or later we too will have memorial parks. Regarding cremated remains, for instance, many things have already changed, almost all regions adjusted to the citizens requests and chose some areas in which the ashes can be spread. Up until some years ago, the urn had to be left within the cemetery, under lock and key and in the keeper’s custody.

How is the audience responding to your project?

Very well. Since the beginning, in 2003, our project never caused any uproar or complaint. It was always understood beyond our expectations. Now, with the help of social medias, its popularity has grown and we just reached 34.000 likes on Facebook. In november 2015 we presented Capsula Mundi to an English-speaking audience at TEDx Torino and it’s been a huge success. For us it is a wonderful experience.